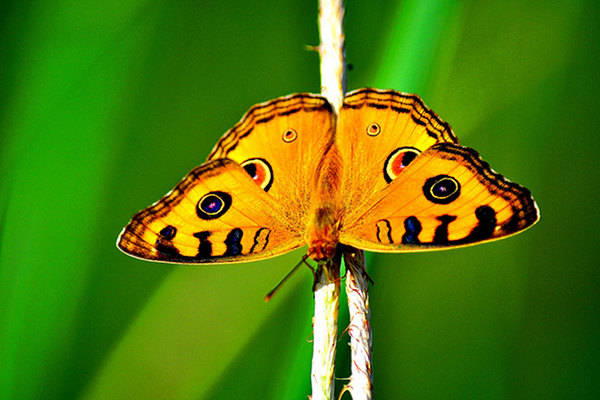 For a man who made The Independent’s 2008 list of top 100 environmentalists in Great Britain, Damien Hirst sure isn’t winning over conservationists with his exhibit “In and Out of Love” at the Tate Modern earlier this year. The Telegraph reported last week that Hirst’s exhibit cost the lives of more than 9,000 butterflies.

The exhibit consisted of two windowless rooms with live butterflies flitting about, part of a larger display with insect-inspired artwork.

Katherine Brooks of The Huffington Post notes, “Stepped on, violently swatted, or bored to death by contemporary art, the 23 week-retrospective reportedly led to approximately 400 winged deaths per week.”

Hirst and representatives from the Tate Modern defended the exhibit, saying that the butterflies were selected from varieties known to thrive in conditions similar to the environment of the museum. But the Owl and Heliconius species featured in the exhibit are known to survive for up to nine months in the wild. They survived just hours or possibly a few days in the London art gallery.

This isn’t the first time Hirst exploited these fragile creatures. Last year, Treehugger reported that his painting, “I Am Become Death, Shatterer of Worlds,” which sold for 2 million pounds in the UK, was made entirely from the wings of real butterflies. He did not explain if the butterflies were already dead or killed for the sake of his artwork.

Although art, almost by definition, seeks to push the envelope of morality and good taste, the question remains: when and where should we draw the line between artistic expression and our obligation to respect and protect the natural world?