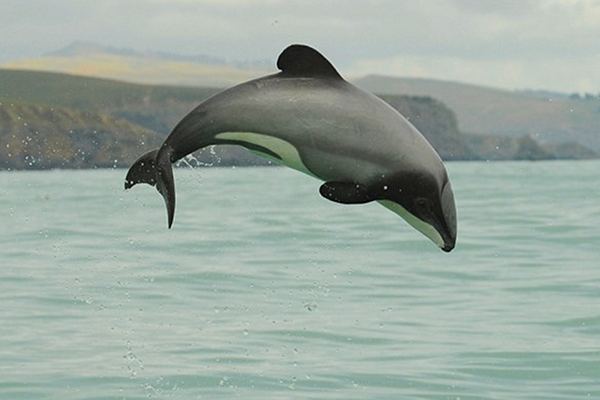 Our readers should be no strangers to the collateral damage caused by the fishing industry. Sharks, whales and dolphins have all been caught be nets that do not discern between the intended catch and these “by-products.” The world’s smallest species of dolphin, the Maui Dolphin, is unfortunately on the brink of extinction because of these traps.

Danger of extinction here does not mean that there are thousands in the world or even a few hundred protected somewhere in a sanctuary. No, in this case the number of living members of the species is 55, a number, which becomes more frightening when it is compared to the 111 that existed merely eight years ago.

According to Dr. Barbara Maas, a Cambridge University-trained zoologist who has started a petition towards protecting the species told the Daily Mail, “to have just 55 of these wonderful creatures left is beyond even our worst estimates. Their extinction is really imminent now, within a few years. New Zealand is a civilized country, which markets itself as an unspoiled paradise. They must act before it is too late.”

The population is about 5% of what it used to be in the 1970’s, before commercial fishing struck the area and without conservation efforts there will be no more Maui dolphins. Making it the second dolphin species to go extinct because of human causes. The first was the Baiji dolphin in China, the first marine mammal declared extinct in 50 years.

To ensure that the Maui dolphins have a fighting chance for survival, urgent steps are needed. Trawling and the use of gillnets must be banned throughout the area inhabited by these dolphins. Every day they are exposed to gill and trawl nets carries a risk we simply can’t afford.

The New Zealand government is proposing to extend the existing protected area, but will do so only if there is strong public support.

Sign this petition to make a formal submission to the New Zealand Minister of Primary Industries as part of his public consultation on this matter.