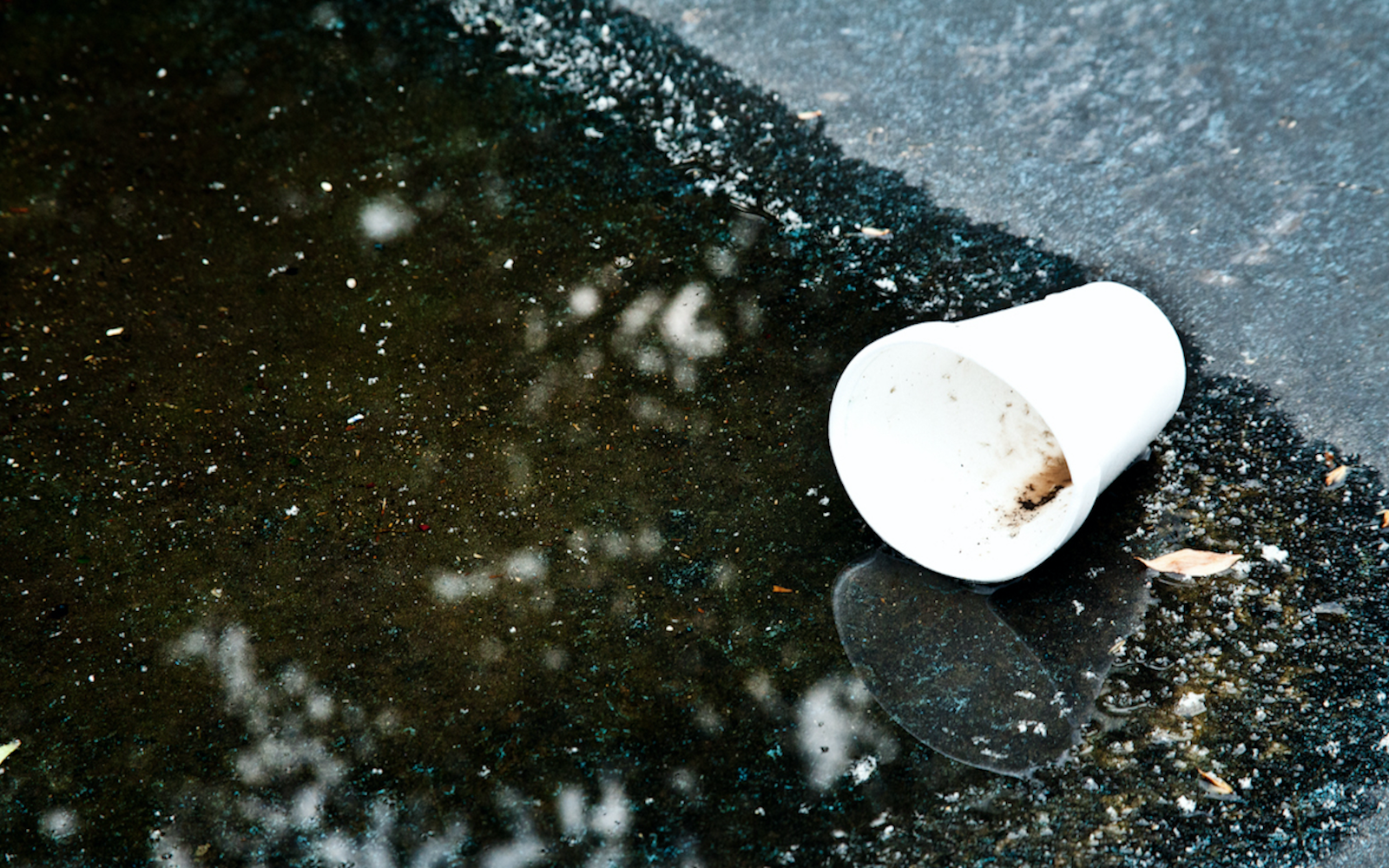 After being classified as a “possibly carcinogenic” substance that “should be investigated more closely” for the past 40 years, styrene — and its impact on humans — has finally become a research priority. Unfortunately, the findings of recent research are unsettling, so much so that the chemical has been upgraded to “probably carcinogenic to humans” by the World Health Organization (WHO).

This nasty compound goes into our styrofoam cups, takeout containers, and other disposable plastic packaging, and now the WHO is saying that it likely causes cancer?! Sadly, that’s right.

So how did styrene go from “possibly” to “probably” carcinogenic? Researchers from the International Agency for Research on Cancer (IARC), a branch of the WHO, looked at the health records of over 70,000 individuals who worked in the Danish plastics industry between 1968 and 2011. They also considered the results of several animal studies on the risks of styrene exposure.

This recent research led to the verdict that we need to be seriously concerned about how our convenient disposable plastics could potentially affect our health. Specifically, the research showed that individuals exposed to styrene at work have two times the risk of developing leukemia, one of the deadliest types of cancer. In addition, those who work in the plastic industry and encounter styrene regularly also have a five times higher risk of developing sinonasal adenocarcinoma, a kind of nasal cancer.

The IARC has suspected that styrene may have health consequences for humans ever since there was an abnormally large number of leukemia cases among employees in the American synthetic rubber industry in the 1970s. However, this is the first research study to reveal conclusive evidence that styrene exposure can be linked to an increased risk of cancer.

While the research concentrated on those who have been exposed to large amounts of styrene, it has important implications for everyday citizens, too. After all, styrene is found not only in our food and drink containers but also in cigarette smoke and printers. And according to the Centers for Disease Control and Prevention (CDC), it is possible that people may consume small amounts of the noxious chemical when eating food from polystyrene containers. Pending conclusive research, it’s pretty safe to say that breathing and ingesting small pieces of plastic can’t be good for you!

As if all of this wasn’t bad enough, we can’t forget the huge toll styrofoam is taking on our environment. This material takes thousands of years to break down, and even after all that time, it essentially just turns into tiny pieces of toxic dust. Plus, the lightweight containers frequently find their way into our oceans, where aquatic animals often mistake them for food.

As mounting evidence has shown why styrofoam is bad news, cities such as New York City and San Francisco have moved to ban the material. But even if your city hasn’t done so yet, you can still take steps to cut styrofoam out of your life for the good of the planet and your personal health. For some simple yet effective tips on ditching styrofoam, join One Green Planet’s #CrushPlastic campaign today!