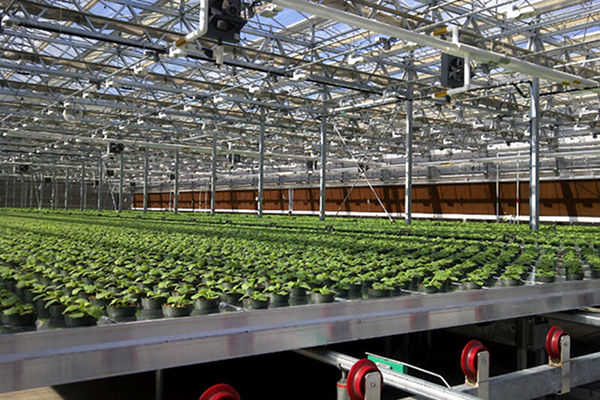 In the event of wide-spread influenza pandemic a vaccine would need to be produced and distributed in the quickest time possible. The standard means of developing vaccines involves chicken eggs and could take up to nine months for a vaccine to become available. But this week scientists have managed to produce 10 million doses of a plant-based H1N1 vaccine within just a month.

The Defense Advanced Research Project Agency (DARPA) have been pursuing vegetable-based vaccine research, called Blue Angel, since 2005. The current process would require nearly one billion chicken eggs to provide for the US.

Dr. Alan Magill, DARPA program manager, said in an official statement “we’re looking at plant-based solutions to vaccine production as a more rapid an efficient alternative to the standard egg-based technologies, and the research is very promising.” The agency hopes that veggie-based vaccines will be strong enough to battle flu with just one dose – compared to the multi-dose vaccines currently used.

Plant-based vaccines are developed using ‘virus-like particles’. These particles are non-infectious and help produce anti-viral antibodies. They are produced by synthesizing the DNA of the flu virus, combining it with bacteria, and then soaking plants with the mix. The plants start producing the flu-fighting particles within minutes. Protein extracts from the plants then become the basis for a vaccine.

So government is funding the cultivation of tobacco? Medicago – a firm funded by DARPA – held $21 million worth of funding from the pentagon.

What do you think about this? Share your thoughts in the comments below.