Help Send Distressed Circus Elephant Who Holds Her Trunk for Comfort to Sanctuary! 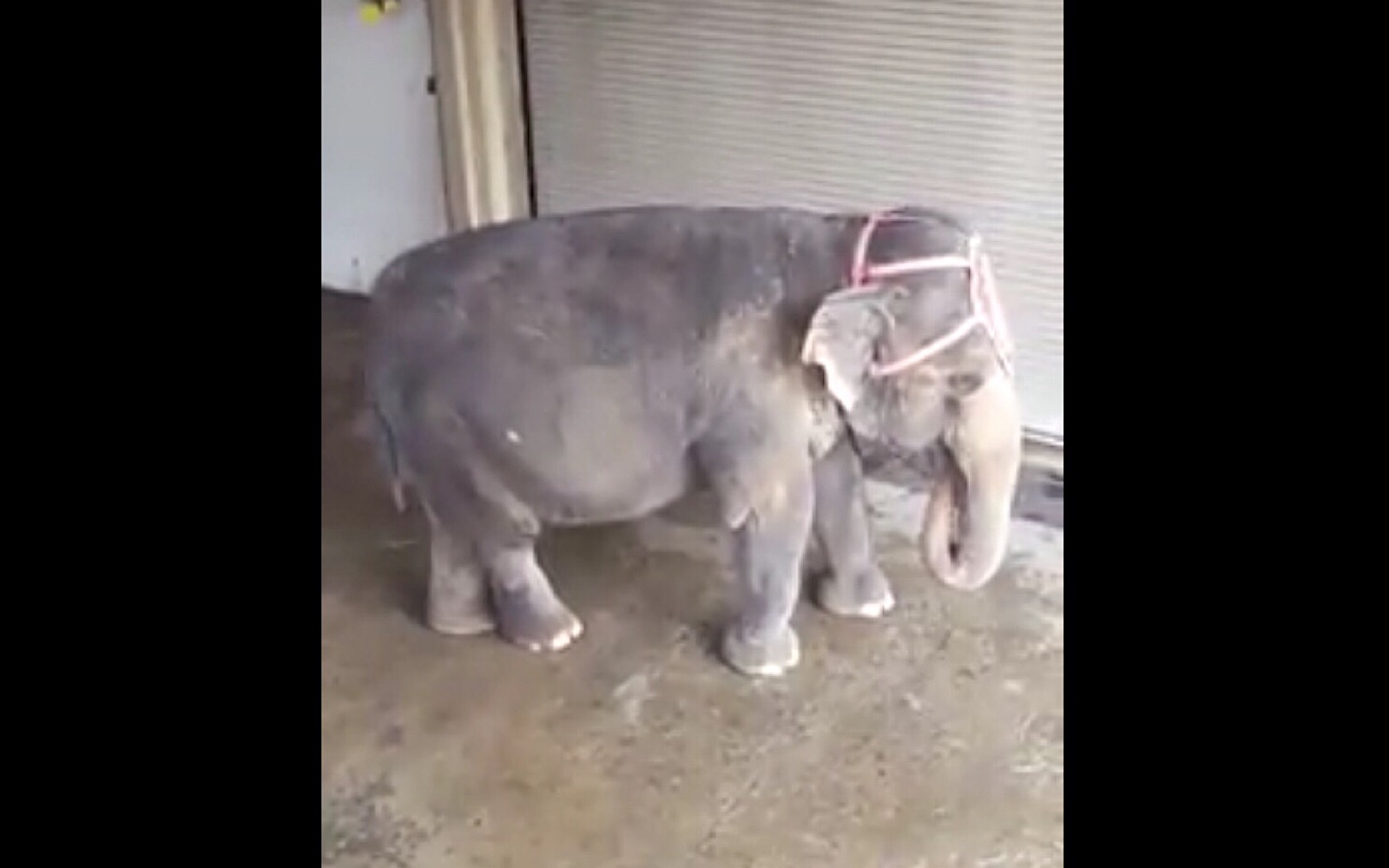 We recently shared the story of Baby, the elephant at Garden Bros Circus who was distraught and caught on film trying to comfort herself by sucking on her trunk in a similar way human babies suck their thumbs for comfort. The viral video of the young elephant, shared by Facebook user Lucy Lethr, also shows a number of scars and marks on the elephant’s skin, which are more than likely the result of cruel “training” practices like whipping and stabbing with bullhooks. Circus workers are seen in the video walking by Baby and completely ignoring her. The video has sparked an outrage with those concerned about animal welfare, and a petition has been set up on Care2 to send this innocent elephant to a sanctuary where she can live a life free of abuse and neglect in a more natural environment.

As highly intelligent and social creatures who sprawl vast expanses of land with their family herds on a daily basis, elephants need a ton of space and mental stimulation to thrive. Life in captivity for elephants means extreme psychological trauma, as well as shortened lifespans and a generally poor quality of life. Recognizing the problems with using wild animals like elephants for live entertainment, many countries and several U.S. cities have banned the use of wild animals for circuses and similar attractions. However, until there is a complete ban on using wild animals in circuses, animals like Baby will continue to suffer in the name of “entertainment.”

Please take a moment to sign the petition in support of sending Baby to a sanctuary.

Despite all the information available, there are still many people who visit circuses, so make sure you share this with your network as a reminder that supporting circuses supports animal cruelty!