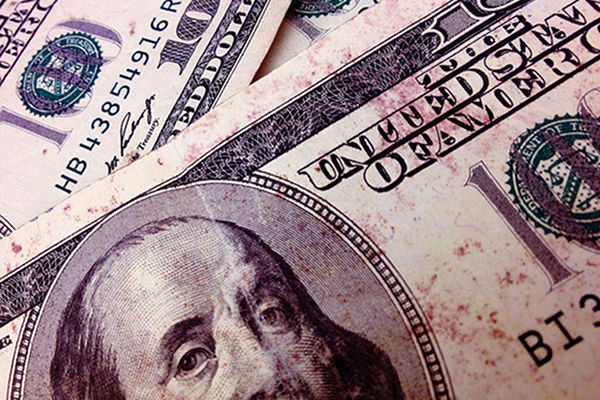 In apparent eagerness to show campaign contributors that he’s willing to fight to the death—perhaps literally—for Americans’ right to stack their chances in favor of being sick and obese, Iowa Sen. Chuck Grassley has attacked the nonpartisan Meatless Monday program, which the U.S. Department of Agriculture (USDA) had been promoting as a way to encourage its staffers to eat healthier and protect the environment.

For some reason—who knows why, perhaps it was Thoughtless Thursday—Sen. Grassley declared that he’d make up for this unanticipated lapse into common sense and decency by eating more meat. Or something to that effect. It’s a stream of thought as polluted as the groundwater near a factory farm.

The National Cattlemen’s Beef Association (NCBA) vehemently opposed the USDA’s modest proposal—and, like other meat and milk industry players (cheap hamburger is often made by grinding up cows from dairies), their PAC has donated to Sen. Grassley. Of course, Grassley’s home state is best known for producing plant foods like corn and soybeans. But those crops are often fed to the animals raised and killed for food—and since we have to give those animals much more feed than we get back as meat, Iowa agribusiness gets healthier as Americans get sicker.

In another way, Sen. Grassley’s classy reaction to the Meatless Monday promotion—gorging on barbecue with his fellow supposed grownup (and recipient of NCBA largesse) Texas Sen. John Cornyn—makes a certain kind of sense. After all, when you’ve hardened your heart to the harm that the meat industry causes to animals, human health, and our environment, you might as well do your best to harden your arteries to match. PETA has begun taking bets (in jest, of course) on how long it will take Sen. Grassley to succumb to meat-related disease.

Meat consumption is linked to illnesses like obesity, cancer, and heart disease—which are directly related to America’s skyrocketing annual health-care costs. By encouraging more meat-eating, Sen. Grassley is supporting (perhaps unthinkingly) increased government spending for health care (another industry that has donated heavily to his electoral war chest), including his own taxpayer-subsidized insurance, which will have to foot the bill for the potential consequences of his reckless food choices.

So why are Sen. Grassley and the NCBA so determined to squelch Meatless Mondays? Perhaps they’d rather you not think about the 2008 study finding that a meat-eater’s diet is responsible for more than seven times as much greenhouse-gas emissions as a vegan’s diet. Or that industrialized animal agriculture wastes natural resources while polluting our air and water and contributing to deforestation and soil erosion. Sen. Grassley—who even received a zero rating from a conservative environmental organization—would apparently rather focus on corn-based ethanol instead of just encouraging folks to make a truly significant difference by eating more corn instead of fueling their cars with it.

Maybe the meat industry just doesn’t want you to find out how animals on factory farms are crammed by the thousands into filthy warehouses, mutilated without pain relief, and deprived of everything that is natural and important to them. At the slaughterhouse, many animals are completely conscious and struggle to escape when their throats are cut—and some are still conscious when their bodies are hacked apart or dunked into tanks of scalding-hot water.

In short, the USDA had everything to gain and nothing to lose—except pollution, weight, arterial plaque, and animal suffering—by embracing Meatless Mondays. But Sen. Grassley had his way, and the program was scrapped as the demands of wealthy special interests were put before the best interests of animals, American workers, and the environment.

To right this wrong, PETA has created its own “Meat-Free Mondays Through Sundays” campaign. You don’t even have to work for the USDA—everyone’s welcome. To get started—and to send a message to the saturated-fat cats in Washington who’d like to keep us unhealthy and uninformed—visit PETA.org.