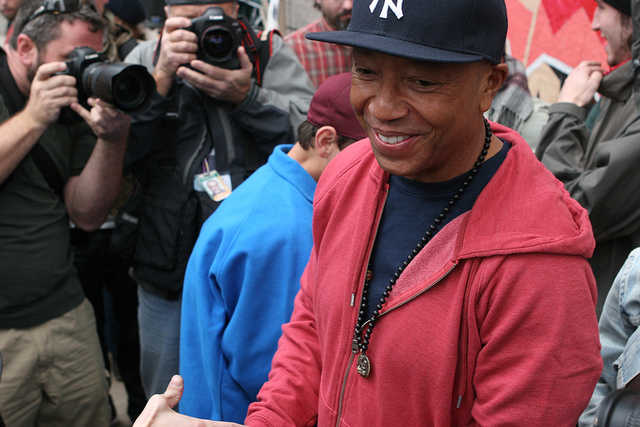 According to the Associated Press, Russell Simmons, hip-hop mogul and animal rights supporter has written a letter to the Governor of New York, Andrew Cuomo, protesting that milk should no longer be the state’s official beverage.

Milk was designated the official state beverage of New York in 1981 and ranks 3rd in the U.S. for the amount of milk produced.

Simmons, who does not consume animal products and was crowned PETA’s person of the year 2011 says plant-based milks are a lot healthier than milk from cows. He tells The Associated Press he knows dairy is big business in New York but says other industries could spring up in its place.

In an article on GlobalGrind.com, Simmons explained his dietary choices by saying “The more I opened myself up to the idea of the full scope of exactly what non-violence translates to, the less interested I became in consuming the energy associated with the flesh of an animal that only knew suffering in his/her life and pain and terror in its death. The more I learned about factory farming and the cruelty animals raised for food must endure before they are led (or dragged) to slaughter, the more I realized that I could not, in good conscience, be a contributor to such violence.”

Need help switching to a plant-based milk? Check out our extensive guide!