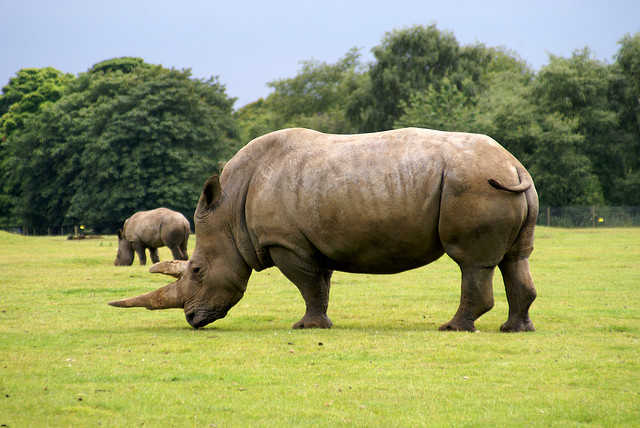 Rhino poaching is a large problem in Kruger National Park, one that we’ve reported on previously. Well, now it’s time for some of those responsible to pay for the crimes they’ve committed against one of Africa’s most famous and beloved animals!

Three Mozambique hunters that were found guilty of hunting in July of 2010 have now been given sentences that are more harsh than the usual. The offenders will each be receiving 25 year terms for the slayings.

These sentences are an attempt to become more serious about the growing threat to the rhino population. Poaching is becoming more harmful, with a record 450 rhinos being killed last year alone.

According to David Mabunda, head of SANParks,”This is an indication that, as a country, we are taking more stringent measures in the fight against rhino poaching,”

The perpetrators, Aselmo Baloyi, Jawaki Nkuna and Ismael Baloyi were found guilty on multiple charges, which included illegal hunting of a rhino and possession of a prohibited firearm.

The poachers are a dangerous problem not only for the animals of the African wilderness, but also for the authorities. Of the 232 suspected poachers apprehended last year, 26 died in fights with authorities.

Rhino poaching is a violent affair with rhinos being tranquilized before having their horns removed and slowly bleeding to death.

Let’s hope that Kruger National Parks’ anti-poaching efforts pay off and help slow down the brutal killing of this beautiful species.