Puppy Hid in the Corner at a High-Kill Shelter She Was so Afraid of What Would Happen – Now Look at Her! 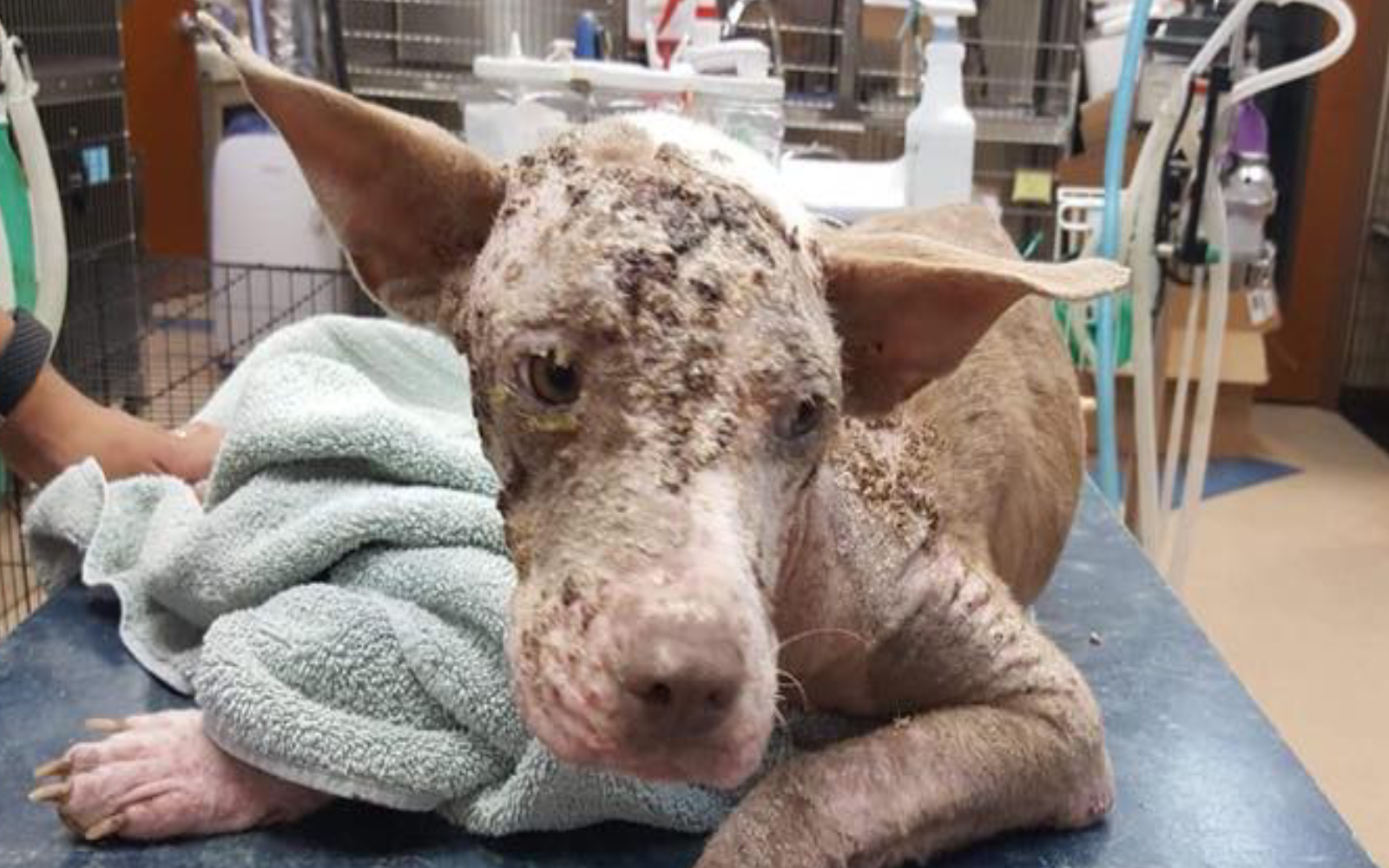 Rescue Dogs Rock has a story for you today about a brave little fighter called Emma who is guaranteed to steal your hearts!

At just nine months old, Emma found herself in a kill shelter in Texas. She was hairless, her limbs swollen because of an infection, and she had deep sores and gashes all over her body. Dogs like this don’t stand much of a chance in kill shelters. The shelter itself was cold, its floor dirty and germ-infested, and Emma was destined to be euthanized.

Emma curled up tight in a ball, hiding in a corner of the shelter, barely looking like a dog at all. Luckily for her, Rescue Dogs Rock was contacted to see if they could save her from euthanization.

Rescue Dogs Rock immediately stepped in to save her, arranging Emma’s transport to their vet partners in San Antonio.

Emma was checked over on arrival. Her skin was very badly infected, and she had difficulty walking because her limbs were so swollen from infection. She also had open sores all over her body. This poor little girl must have been in so much pain!

But here is some happier news! Emma is ten months old now and on the road to recovery. Her skin is healing well, and she is now able to stand. Here she is receiving a kiss from another little dog called Hayden who has already been transported to New York, where Emma will be taken herself when she is better. Keep fighting, Emma! We can’t wait to hear from you in your forever home when you’re big and strong!

Shelters do their best to help poor dogs like Emma, but they can only do so much. With the overcrowding of dogs who are already nervous in such confined spaces, this is no life for any dog, let alone such a small pup. These dogs must be so terrified. Cold, alone, with not even the basics of comfort, let alone any of the affection and love they deserve. We have to become a nation of dog adopters. There are too many Emmas out there in the world who won’t get the same chance at life if we don’t.

Heroes like those at Rescue Dogs Rock can only do so much, and they rely on generous donations to keep going. If you are in a position to contribute toward Emma’s vital medical care or would like to find out more about the incredible work they do, please visit their Facebook page.