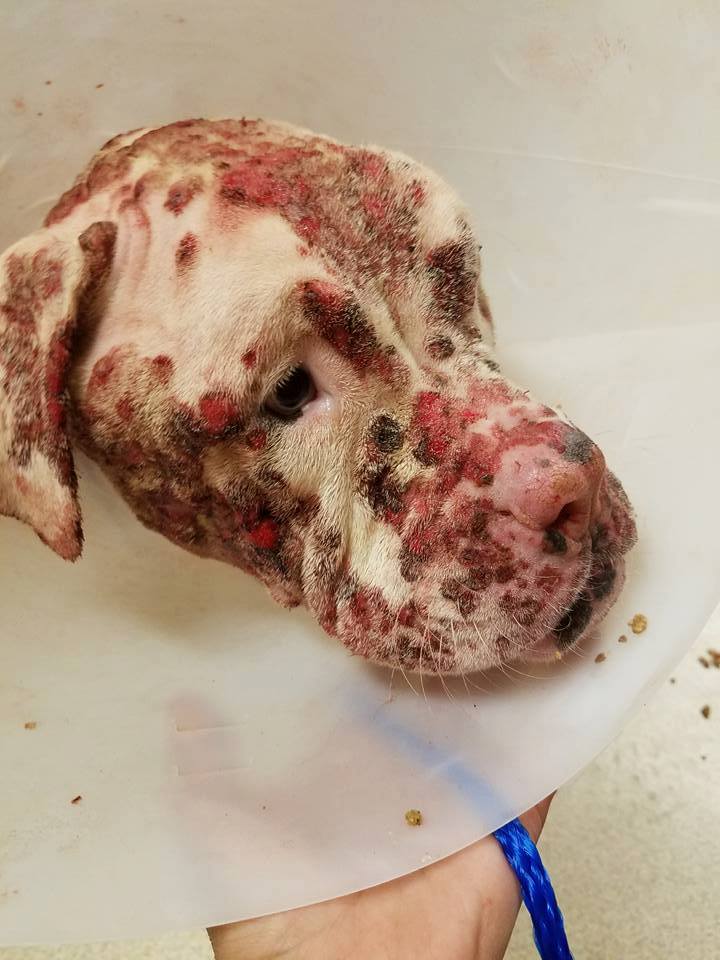 Every pet parent knows the sinking feeling that happens when our beloved fur babies get sick. Whether it’s something as small as a scrape on their nose, an upset stomach, or something as serious as heartworm or a fatal disease, seeing our best friends scared or in pain just breaks our hearts. Knowing they can’t tell us exactly what’s wrong makes the situation even worse, but at the very least we can take comfort in the fact that we can be by their side, comforting them every step of the way. Or that’s what a good pet parent would do …

In this story, we see the example of the absolute worst thing a pet parent could do when their dog is in trouble – abandon them. Yes, we’re already fuming just thinking about it.

Recently, a young Pit Bull was brought into a West Michigan vet after receiving thousands of painful bee stings. According to Carri Shipala, founder of LuvnPupz rescue, the pup had come across an underground hive and released an angry swarm. While this dog’s guardians did have the sense to take him to the vet immediately after he had a severe allergic reaction to the medication he was administered they simply left him behind! 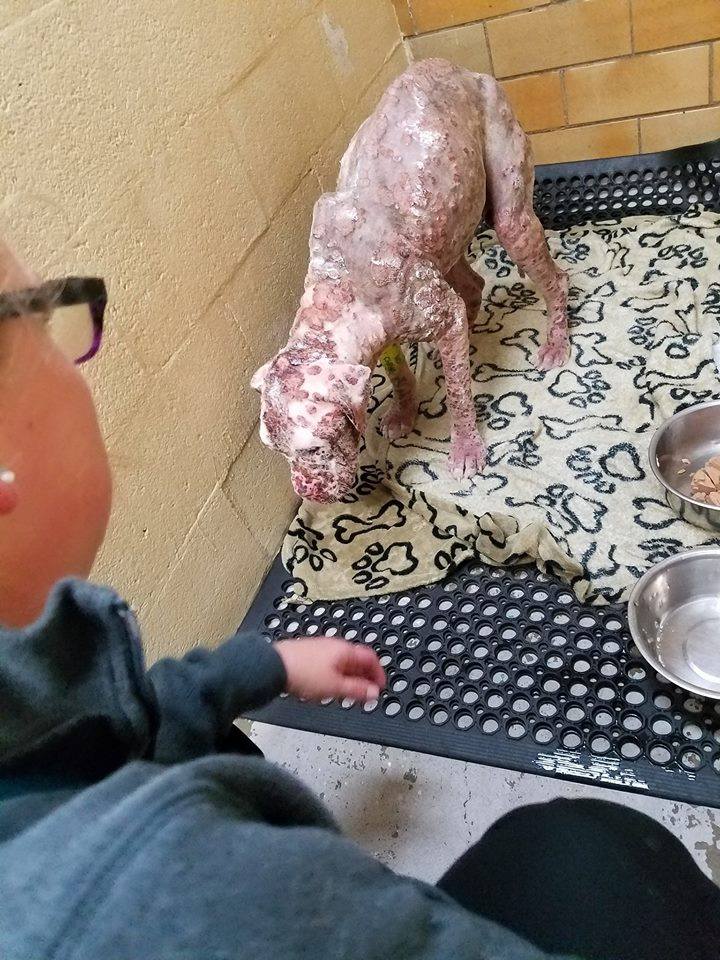 All alone and sick, the poor pup was likely terrified, but thankfully, Shipala and LuvnPupz took him in, named him “Stinger,” and gave him the care he truly deserves.

Shipala told WZZM13 that she loves taking on tough cases because it’s what a true rescue organization does. “He’s eating, drinking, going potty,” Shipala explained. “So, he’s not miserable by any means. He’s completely spoiled there.” 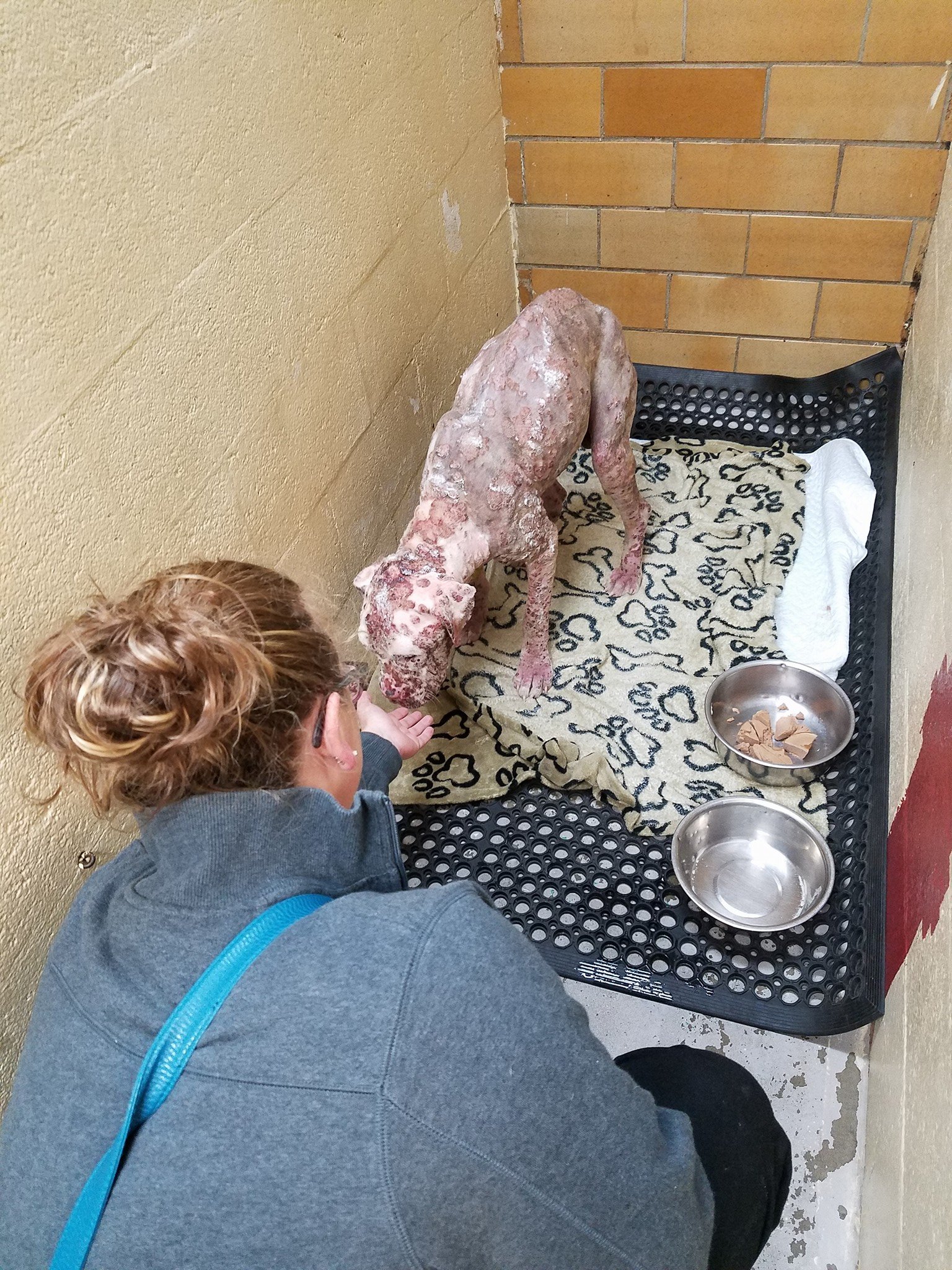 Once this little sweetie is back to health, LuvnPupz plans to find him a loving home. After what Stinger has been through he’s certainly earned a warm bed and around 100,000 belly rubs to make up for the treatment he got from his former owners. 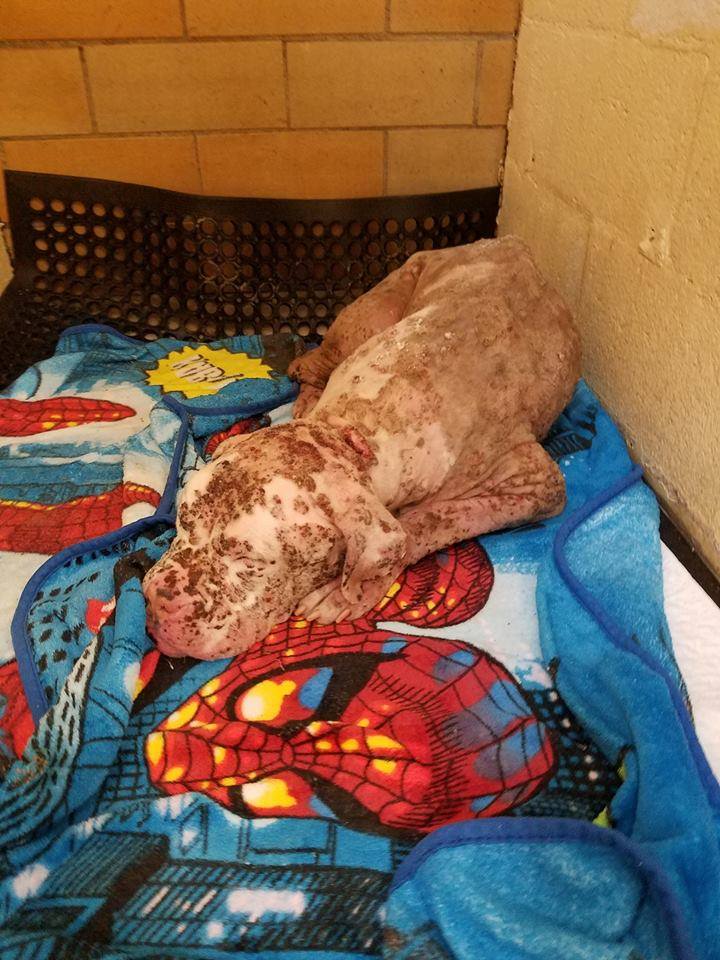 They are currently running tests to find out what Stinger is allergic to and depending on the results, he may need medication for the rest of his life. Shipala is seeking donations to help them care for Stinger’s treatment, you can help them make sure this pup returns to tip-top shape by donating here.