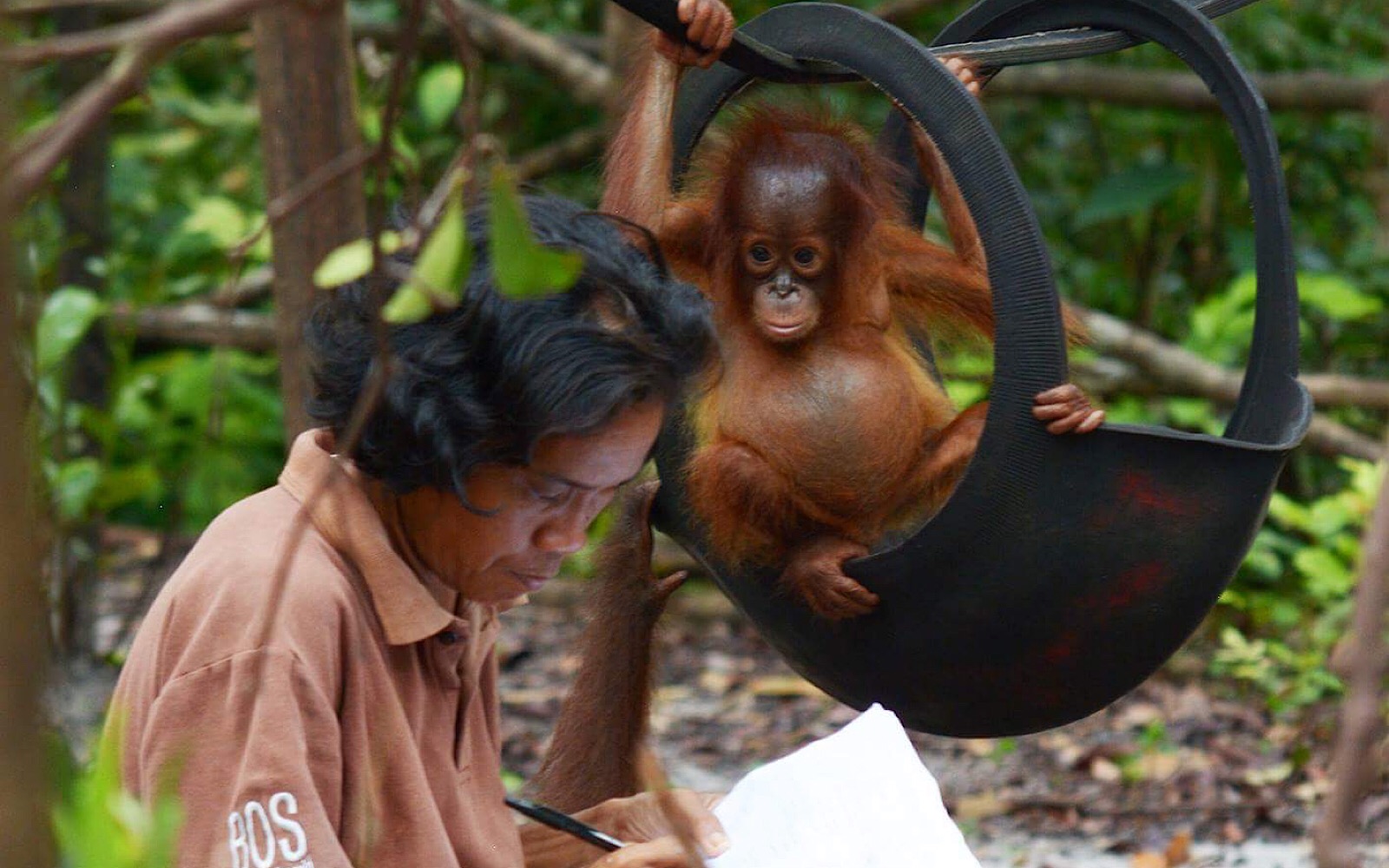 Orangutans are peaceful great apes who share around 97 percent of their DNA with humans. Their strong, long arms enable them to swing high from tree branch to branch in search of food, and babies stay with their mothers for many years to learn how to be an orangutan. Sadly, they are also an endangered species, and their numbers keep dwindling. In fact, orangutan populations have dropped so low that in Borneo, one of only two places where orangutans naturally live, HALF of the orangutans disappeared from 1999-2015.

This drastic drop in orangutan populations is largely credited to deforestation, particularly, deforestation from palm oil plantations, which clears orangutan habitats, either killing them or forcing them to wander in the search of food elsewhere. Many wander onto civilians’ land, where some are shot and killed and others are kept as pets or sold into the illegal wildlife trade. The lucky few get rescued by organizations like BOS Foundation, who try to teach orphaned orangutans the necessary skills to survive in the wild.

Here we see a young orphaned orangutan patiently waiting on his caretaker as they assess the little ape’s progress toward rehabilitation. 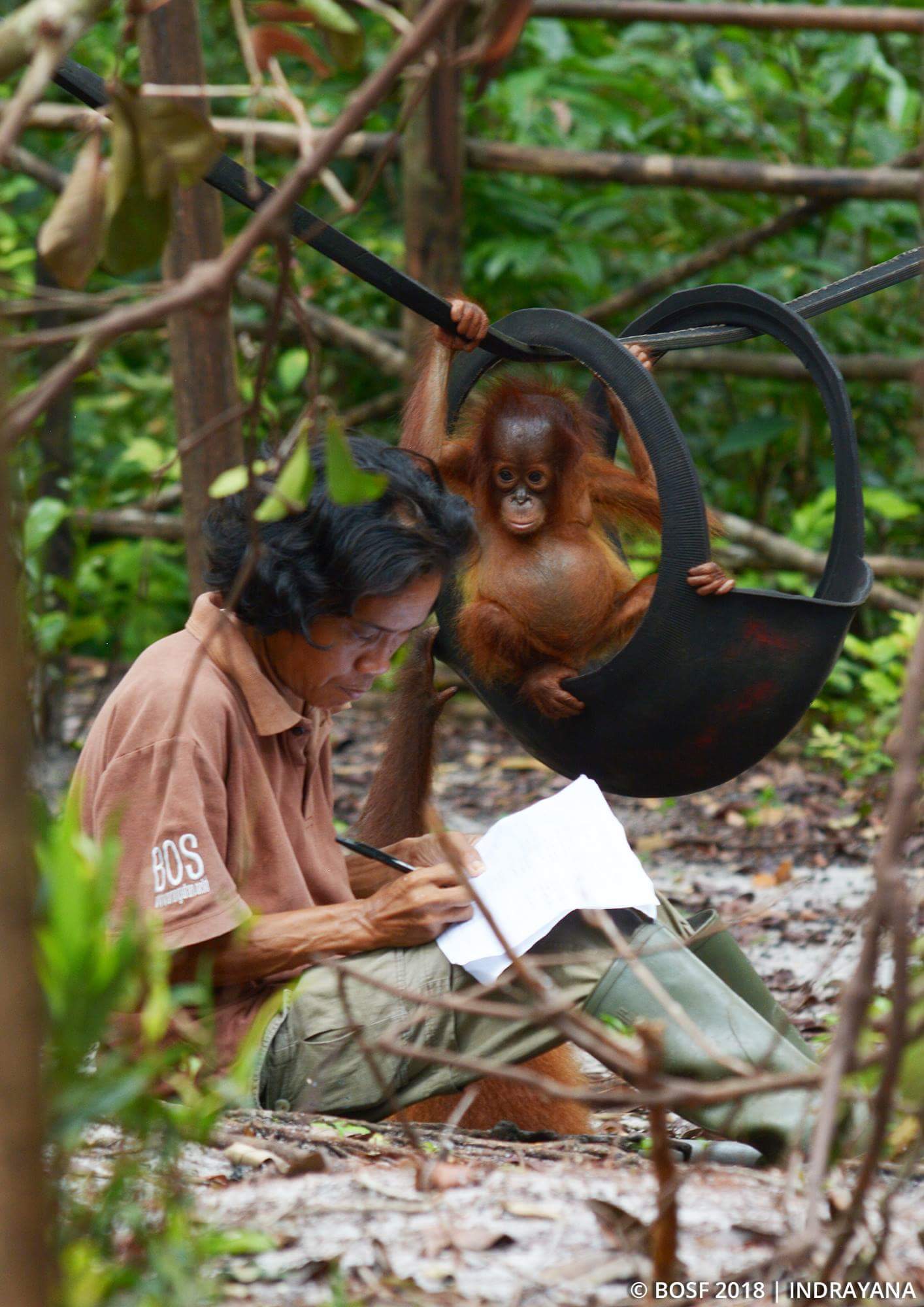 Orangutans have the longest childhood dependence on the mother of any animal species known in the world, with babies nursing until they are around six years old. Males stay with their moms for a few years after being weaned, and females often stay until their teen years. Considering these facts, it is all the more heartbreaking to see a tiny orangutan orphaned at such a young age before he could learn all the essential survival skills from his mother. Although caretakers make loving foster parents, so much is lost across species and a human can never fully replace the role of an orangutan mother.

Unfortunately, palm oil is so ubiquitous that it is found in around half of all items on supermarket shelves. By speaking with your dollar and not purchasing products containing palm oil, you are being the change we need to see in the world. Many people are still unaware of the serious issues surrounding palm oil, so please do your part to spread awareness by sharing this with your network!