Ape Action Africa has taken in an orphaned baby chimpanzee who, despite his young age, has already suffered an immense loss and pain.

Noah was captured by a Chadian rebel group that killed his mother for food. He was kept tied up in the group’s forest camp between Cameroon and Equatorial Guinea. When the rebels were flushed out, they fled the camp and left the chimp behind. 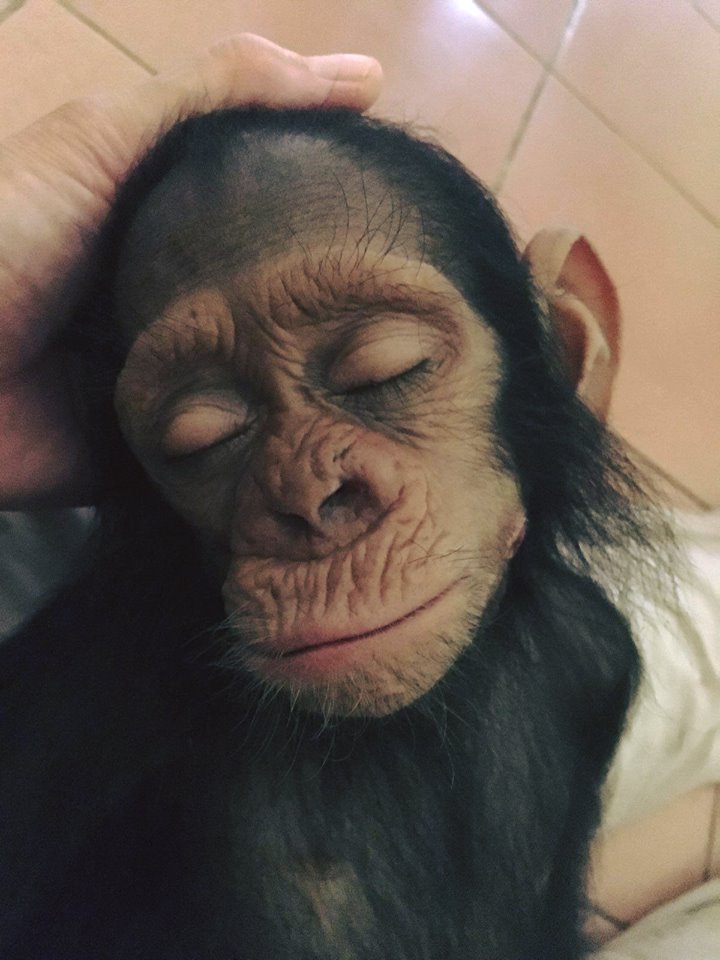 The baby was rescued by officers from the Ministry of Fauna and soon arrived at Mefou Sanctuary. He was starving, confused, and scared – so much so that he would jump at every new noise … 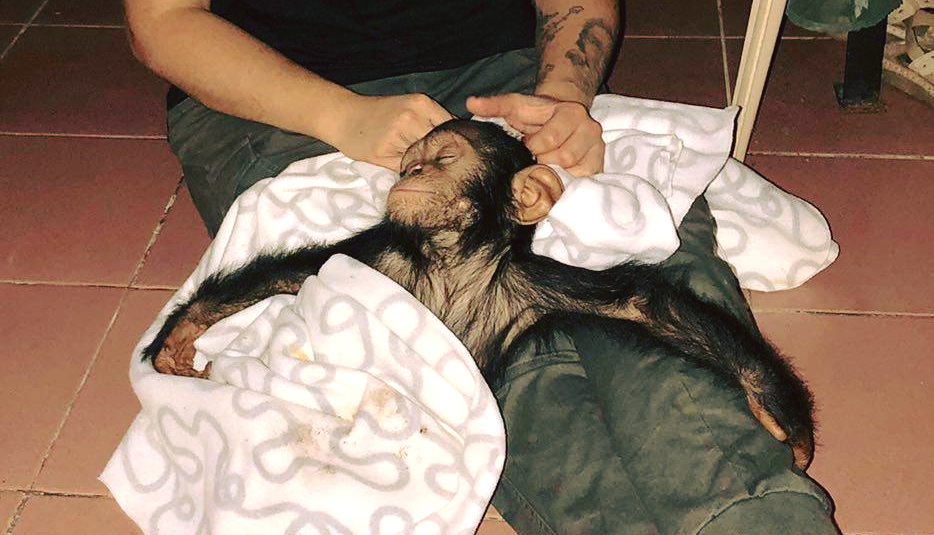 Noah settled in with his new caregiver and soon started making progress. Within the first 48 hours, “he was eating everything in sight,” the team writes – oranges, bananas, papayas, and peanuts. “Then he discovered the joys of yogurt and really became unstoppable!” 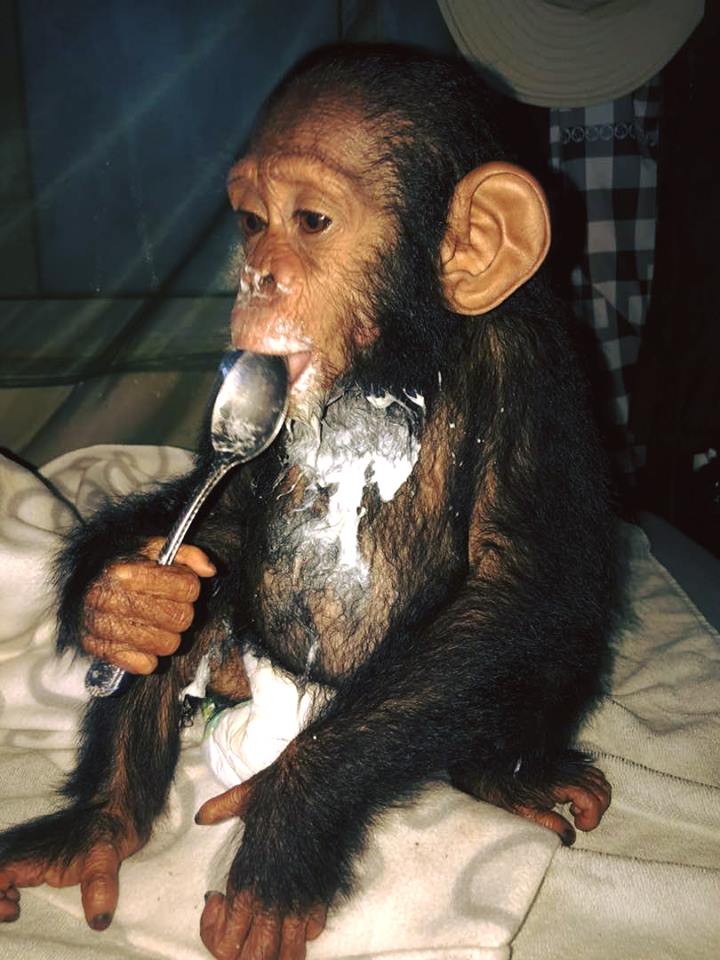 As his caretakers report, Noah is a “strong little character” and he responds eagerly to grooming and gentle tickling. He is sleeping well through the night and getting stronger and calmer each day at his new home. 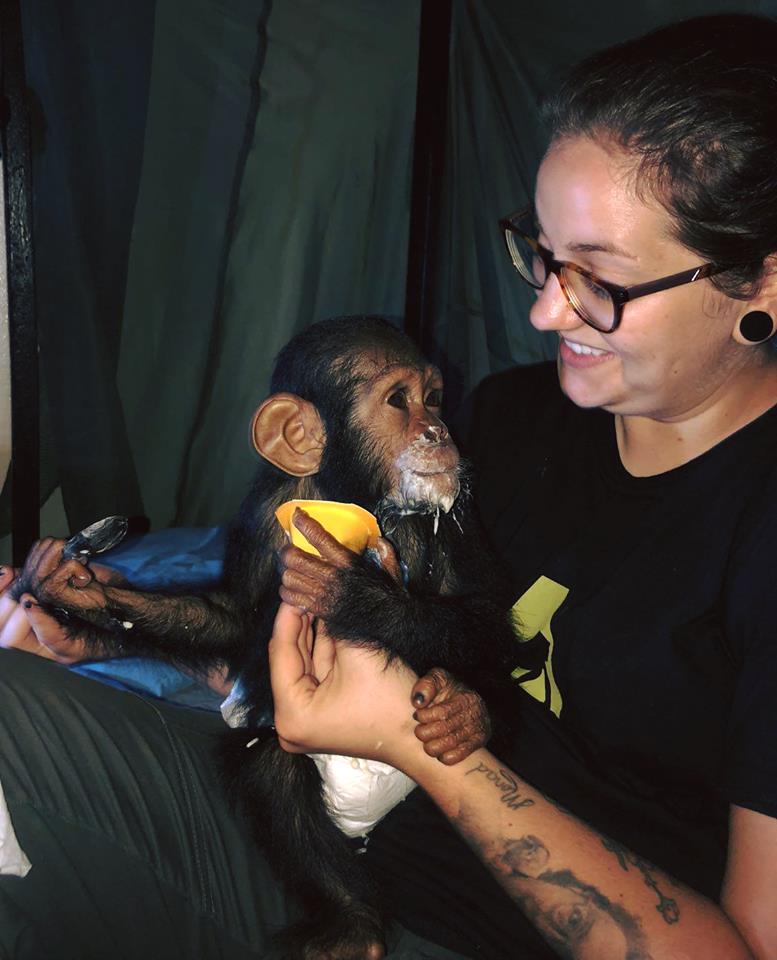 The effects of Noah’s traumatic experiences did not disappear completely – he is still showing some signs of stress, like biting his caretaker if his expectations are not met. But, slowly, he is relaxing more and more and adjusting to his new situation – and learning that nothing painful will happen to him at the hands of his new caregivers and that he can really trust them.

You can help provide care for Noah by making a donation here. To learn more about Ape Action Africa, click here.