YES! Natalie Portman Discusses How We Can Reduce Our Environmental Impact With a Vegan Diet on Colbert 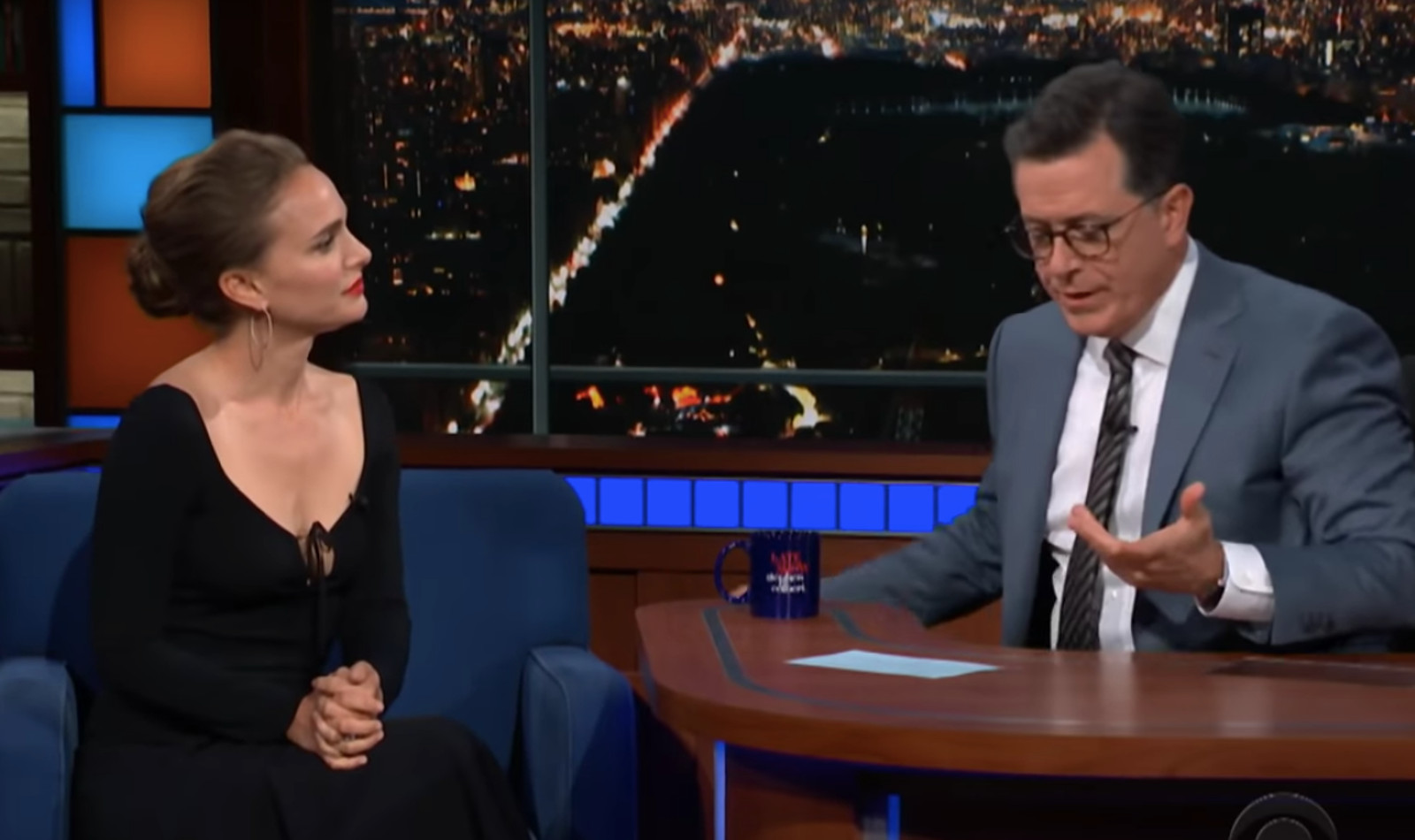 In 2009, acclaimed author Jonathan Safran Foer released a book called Eating Animals, which has prompted countless individuals to think more deeply about the effects of the modern factory farm industry on our planet and its inhabitants. Award-winning actress and activist Natalie Portman was among the people who were profoundly impacted by this book. In fact, Portman was so inspired by the book that she reached out to Foer to ask his permission to turn it into a documentary. Wanting the book’s message to be spread to as many people as possible, Foer agreed without hesitation.

Portman both produced and narrated the eye-opening documentary, choosing to stick with the original title: “Eating Animals.” After receiving rave reviews from film festival audiences, the documentary is now playing in select theaters across the U.S.

In a recent interview with Stephen Colbert on his popular show, “The Late Show with Stephen Colbert,” Portman spoke about the documentary and its message. As Portman explained, factory farms dominate our nation’s food production, with around 99 percent of meat, eggs and dairy products coming from these unsustainable operations. What’s more, factory farms put their own profits over the well-being of the animals they raise, often subjecting the poor creatures to deplorable living conditions and other forms of inhumane treatment.

And let’s not forget: Factory farming is the number one source of pollution — feces from animals raised on factory farms infect both the water we drink and the air that we breathe. And although it is well known that this industry produces a tremendous amount of waste and pollution, factory farms are not required to follow many standard air and water pollution regulations.

In light of the immorality of the factory farming industry and the health concerns associated with eating animal products, Portman has been a vegetarian since she was nine. And after reading Foer’s “Eating Animals” seven years ago, she was moved to make the switch to a fully vegan diet in the interest of her personal health, our planet and cute animals everywhere.

In her interview with Colbert, Portman encouraged viewers to be more conscious about their diets and the impacts of their food choices. Even if everyone ditched meat and dairy just once a day or once a week, it would make a huge difference, Portman pointed out. And at the end of the interview, she left viewers with something to ponder: If we started treating animals better, perhaps we would start treating each other better, too.

We’re so happy that Portman is using her fame as a platform to spread awareness about the many issues with factory farming, and we love that she has aligned her diet with the good of our planet, people, and animals. To learn more about how you can do the same, check out the #EatForThePlanet book!