My Monkey Is Smarter Than Your Honor Student! 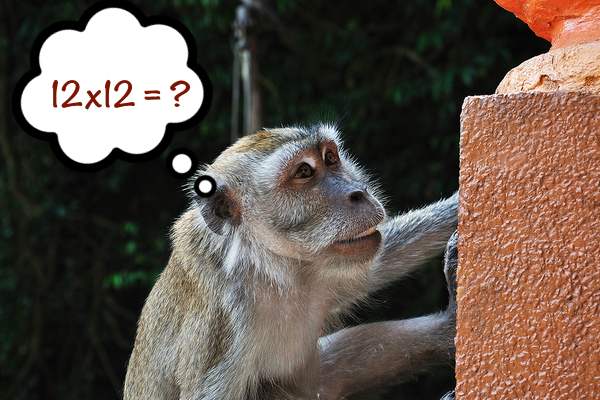 A slew of recent research suggests that many so-called advanced human abilities are, in fact, “not uniquely human.”

Apes can set goals and follow through with them; and they can distinguish between real and fake four-letter words. Orangutans have better memory and recall skills than humans. Chimpanzees collect, store and even conceal rocks to be used as weapons; but they also display empathy.

Emory University primatologist Frans de Waal noted: “Capacities that we think in humans are very special and complex are probably not so special and not so complex. This research in animals elevates the animals, but it also brings down the humans…. If monkeys can do it and maybe dogs and other animals, maybe it’s not as complex as you think.”

Perhaps these discoveries shouldn’t come as such a surprise, given our genetic similarities. Earlier this month, scientists mapping the DNA of the bonobo ape found that, like the chimp, their genetic makeup differs from that of humans by a mere 1.3 percent!

However, it’s not just primates that demonstrate surprisingly “human-like” abilities. Elephants, apes and dolphins all recognize themselves in a mirror; and black bears, crows, and monkeys have been shown to possess “sophisticated quantitative abilities.”

Dr. Melanie Joy has notoriously asked: why do we love dogs, eat pigs, and wear cows? In the past, we may have cited inferior intelligence as a reason for excluding some beings from our “sphere of compassion.” But this emerging body of research calls those assumptions into question.

Emory University researcher Lori Marino, who headed up the aforementioned dolphin mirror study, summed up the implications of this emerging research quite nicely, noting:

“The more you learn about [animals], the more you realize that they do have the capacity and characteristics that we think of as a person. I think it’s impossible to ignore the ethical implications of these kinds of findings.”

While progress is slowly being made to limit the use of chimpanzees and other primates in biomedical research, there is still much to be done in the area of animal research and testing.

Pledge to be cruelty-free, or vote with your wallet and seek out cruelty-free companies. Also check out the Humane Society’s Top Ten Ways to Help Animals in Labs for more ways to get involved.