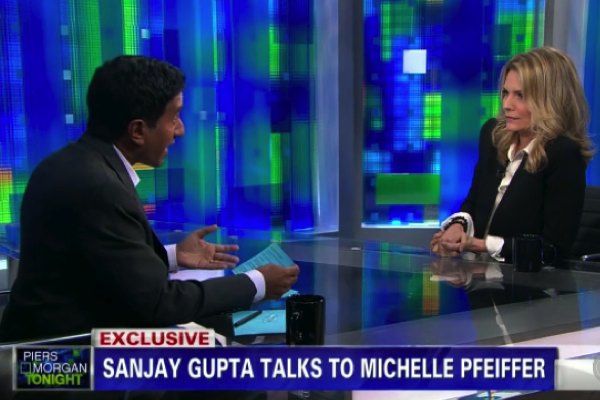 In a recent interview on “Piers Morgan Tonight,” Michelle Pfeiffer revealed the motivations behind her recent switch to a vegan diet.

Pfeiffer told Dr. Sanjay Gupta that watching his documentary, “The Last Heart Attack,” got her thinking about the relationship between diet and health – especially chronic diseases like cancer and heart disease. But it was Bill Clinton’s story that made the most impact.

As she was watching the documentary, Pfeiffer thought to herself: “OK, Bill Clinton loves food, so there must be something to [veganism] that’s making him stick to it. And also, he’s smart, so he’s not going to do something unless he really thinks there’s some science behind it.”

The final straw? Reading Caldwell B. Esselsyn Jr.’s “Prevent and Reverse Heart Disease,” which advocates a plant-based, oil-free diet. Pfeiffer says she’s enjoying her vegan diet, and hopes it will help her live a long and healthy life.

Now, her husband David E. Kelley is also trying to make the switch! Best of luck to them both on their plant-based journey.