From Vegan Economics to Sailing: Meet the Speakers of the NYC Vegetarian Food Festival (Part II) 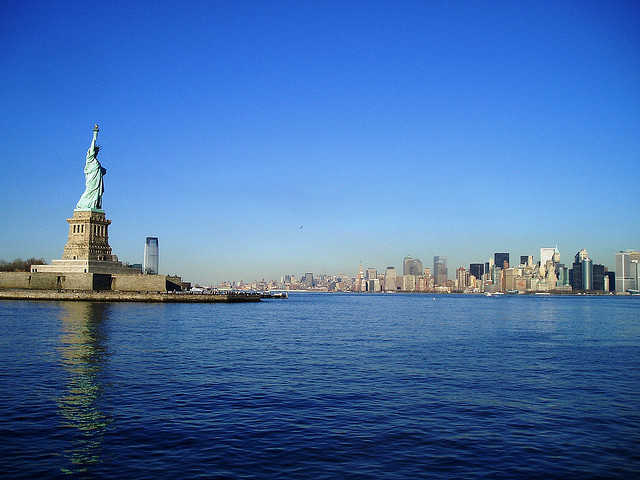 New York City’s second annual Vegetarian Food Festival will get underway the weekend of March 3-4, at the Metropolitan Pavilion in Manhattan. In addition to vegan vendors and entertainers, there will be a bevy of energetic speakers revealing their tips for living a blissful vegan life.  Here’s a little background on a trio whom festival-goers will be listening to.

Ellen Jaffe Jones is a vegan life coach, health and fitness journalist, and author. She’s also a personal trainer certified by the Aerobics & Fitness Association of America. The 59-year-old enjoys running, including in marathons. In her past life, she worked as a financial consultant and as a leader in the LaLeche League. 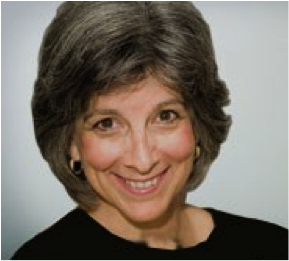 These days when she lectures on veganism and often illustrates with 20 years worth of her own medical records, to demonstrate how a vegan diet has improved her health dramatically over the years.

Her journey to the vegan lifestyle began when she was in her 20s.  “As a TV investigative reporter, I collapsed in the newsroom at age 28 and almost died of a colon blockage,” she recalled. “The ER docs said they’d never seen a blockage so large in someone my age and I would need to be on meds the rest of my life.” As it turned out, however, eating vegan allows her to be drug-free today.

Ellen uses the diet to combat a scary family health history too. “My mom, aunt and both of my two sisters had breast cancer, so the handwriting was on the wall for me. We were part of the original breast cancer gene research studies done by Myriad Genetics in Nevada. As I’ve traveled the country, I’ve yet to meet anyone with that exact family history. It gets worse. Diabetes and heart disease: a sister, both parents, all grandparents. Osteoporosis: most women. Alzheimer’s: mom, uncle, grandmother. Colon disease: everyone. I may come from the sickest family in America. We used to joke that our family reunions took place in hospitals,” says Ellen.

But her plant-based diet is taking aim against all that, so far with perfect success. “Changing and improving your diet to include more plants can make such a difference. It can make all the difference,” she says.

One of Ellen’s main pitches is that the vegan diet doesn’t have to be expensive. In fact, it saves money in the long run. “Not only at the grocery store,” says Ellen, “but by avoiding all the diseases that send so many families like mine into bankruptcy.”

“And you don’t need Oprah’s chef to eat a healthful vegan diet. I was contacted by a TV producer and asked to prepare recipes for food stamp recipients under the current allotment of $6 a day. Piece of carrot cake!”

One of her favorite meals includes brown rice and seasoned black beans with chopped onions on top. “With a gynormous salad that includes 10-12 in-season vegetables,” says Ellen. “Brussels sprouts with garlic are a must. Dessert: chocolate mousse. I had it at my wedding decades ago, but not the vegan kind. That recipe hadn’t been invented yet.”

Anne Nayer and Dave Goodman together run Vegan Sailing Vacations, a unique company that caters to those who want to maintain their vegan diets even while in the middle of the ocean. Their partnership may seem unlikely because, while Anne has been a vegetarian for 40 years, Dave went vegan less than a year ago. 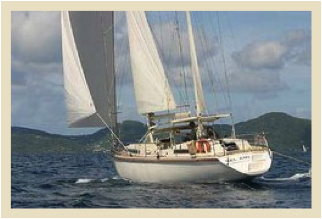 During the first charter season with his sailboat, the Bel Ami, Captain Dave used to serve his guests steaks, homemade hollandaise, omelets, and bacon. Having grown up in the hot dog business, he went about preparing such typical high-fat fare, which he also consumed with relish (pun intended).

Meanwhile, when Anne was 20 years old, she lived for a time in London and worked next door to a macrobiotic café. That piqued her interest in healthy eating. Over the years, her veggie diet included cheese and other dairy products. But around the time she met Dave, in October 2010, she was ripe for full-fledged veganism.

The click moment for him occurred in July 2011 after he had to undergo coronary bypass surgery.  It was definitely time for the move to plant-based meals. Anne started cooking up curries and brown rice, lentil soups and Thai spring rolls. Dave followed suit, transferring his love of cooking and eating to a whole new set of ingredients. Vegan dining arrived on the Bel Ami!

Dave says the idea is to “attract many people who are already vegans or vegetarians. We are also reaching out to folks who have been thinking about making changes to their diet, but who don’t know where to start.” Anne adds, “As well as people who would like to get healthy and feel great after their vacation, rather than having to hit the gym and take off the pounds they put on during their vacations. We’ve noted other charter boats that are also catering to this growing demographic and are happy to be on the leading edge of something big.”

Now, when guests return from their afternoon snorkels, they may be met with Italian chickpea nibbles, creamy white bean and artichoke dip and crudités along with cocktails. Meals focus on fresh fruits and vegetables that can be purchased in ports along the way. “The biggest difference has been opening up our eyes and taste buds to the cornucopia of fresh ingredients that surround us,” says Anne.

“Our food bills are considerably less and now we have more room in our meat-less, egg-less, dairy-free fridge and freezer,” says Dave. And there are additional advantages: “Vegan cooking is actually easier than cooking a meat-centered diet. There’s no need to guess whether the meat is cooked thoroughly enough. Clean-up is quick: no more battles with grease-encrusted pans. Also, you no longer have to worry about the risks of having raw meat on your countertop and cutting board.”

But perhaps the best part of the vegan lifestyle for Dave is that not only is he doing his best to prevent further disease, but also to reverse any other coronary artery problems that might be lurking undiagnosed. “I have found that I have more vitality,” says Dave, “and I like the idea that I am helping to save the planet for my children and future generations.”

One Green Planet is the official media sponsor of the NYC Vegetarian Food Festival, so stay tuned for more exciting news and giveaways in the days ahead!