Meet the Speakers of the NYC Vegetarian Food Festival (Part I) 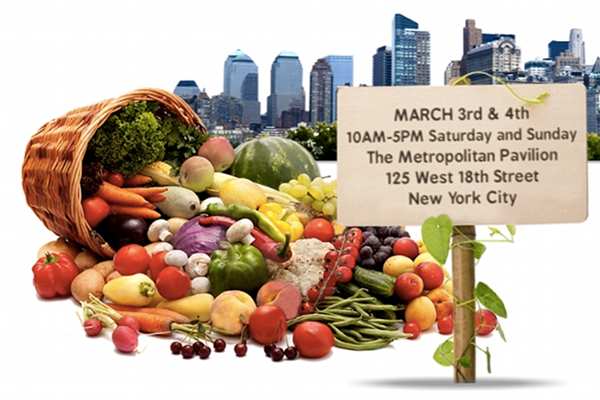 New York City’s second annual Vegetarian Food Festival will get underway the weekend of March 3-4, at the Metropolitan Pavilion in Manhattan. In addition to vegan vendors and entertainers, there will be a bevy of energetic speakers revealing their tips for living a blissful vegan life.  Here’s a little background on a trio whom festival-goers will be listening to.

Gena Hamshaw is a certified clinical nutritionist based in New York. She specializes in teaching her clients how raw diets and plant-based nutrition can improve health. A former editor at Farrar Strauss and Giroux, she now writes and counsels on her own website “Choosing Raw”  and is a columnist for VegNews.

Gena became a vegan when she was searching for a way to heal from some digestive ailments. “I was naturally drawn toward a plant-based eating style,” she said. She never regretted that choice, and urges others to make it as well. “It’s the best decision that they could ever make, and they’ll be so grateful they did. Becoming vegan is the quickest, most efficient, and most essential way to end egregious animal suffering, benefit the planet, and enjoy an exceptionally delicious eating style.”

For Gena, the benefits to her own health came first, and veganism’s boon for the environment was secondary. “It did take me some time to think about my veganism as a lifestyle that was animated by reverence for animals, rather than something I was just doing for myself and my own health,” she said. “I don’t think that my motivations were wrong in any way — I had a transformative healing experience with veganism, which I’m grateful for — but my experience of the lifestyle became so much richer when I woke up to compassion.”

Nowadays a perfect meal for her would consist of a giant kale salad with a nutritious dressing, raw crackers, and perhaps some steamed winter squash, millet, or quinoa. She provides recipes to her clients and to the readers of her blogs.

Gena is encouraged that increasing numbers of people are taking the vegan message to heart.  “I realize that my audience is self-selecting, but many former omnivores have gone veg, and told me about it,” she said.

Her talk at the NYC Vegetarian Food Festival is scheduled for 11-11:45 a.m. on Saturday, March 3.

Vegan and All That Jazz

Laura Theodore is known as the “jazzy vegetarian.” That’s because in addition to being a vegan chef and  a cooking show host on PBS, she is a jazz vocalist and recording artist. Add to that mix a little bit of acting and book authoring, and you’ve got a busy lady. She uses a vegan diet to power through it all. 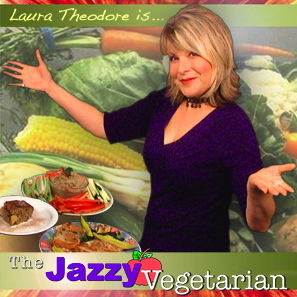 “I became vegan over many, many years,” she said. “I originally became interested in omitting meat and dairy from my diet for health reasons, but now I know that compassion for animals and saving on my carbon footprint is very important too!”

These days Laura can be found munching on her meal of choice: organic dandelion greens and raisins sautéed in a bit of olive oil, with a baked potato. Or maybe some seitan or a veggie burger…

Her talk titled “Cooking for Family and Friends: Lively Vegan Cuisine That’s Easy and Delicious” will take place 12-12:45 p.m. on March 3. She promises that it will be “jazzy-licious.”

Vance Lehmkuhl is a vegan writer, cartoonist and musician. He’s known for penning a collection of vegetarian cartoons called The Joy of Soy, for his long-running strip “Edgy Veggies” in Veg News, and for his live improv cartooning on veggie themes. He’s also the founder of the eco-pop band Green Beings and the host of a podcast called Vegcast. 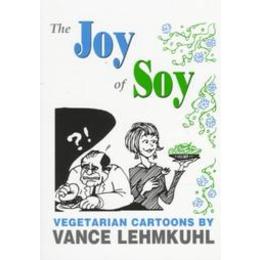 Vance was vegetarian for 12 years before he went vegan. That transition occurred when he attended the Vegetarian Summerfest in 1998. “This conference exposed me to the inconsistencies in my lifestyle and the fact that I really meant, and wanted, to be vegan,” he said.

At first, he thought it would be hard to give up on cheese. But, he said, “That only seems like an immense sacrifice while you’re still hooked on it. Once you’re done with it, the attachment just seems silly.” And before he learned to read food labels carefully, he might accidentally buy crackers with whey or snacks with honey. Now he knows there are better brands out there, with full cruelty-free credentials.

One of his favorite places to eat is a restaurant in Philadelphia called Vedge, where the food is prepared by his friends Rich Landau and Kate Jacoby.

There and elsewhere, he gets the impression that the vegan message is slowly approaching critical mass. “I believe we will get to a tipping point where most people not only embrace it but are embarrassed they hadn’t done so sooner,” he said. “I don’t know if my version of the message is making a big difference. I just have to keep getting it out there and make whatever difference I can.”

Vance will present a combination talk and improvisational cartooning session on veggie themes at the Festival on Sunday, March 4, at 4-4:30 p.m.

One Green Planet is the official media sponsor of the NYC Vegetarian Food Festival, so stay tuned for more exciting news and giveaways in the days ahead!