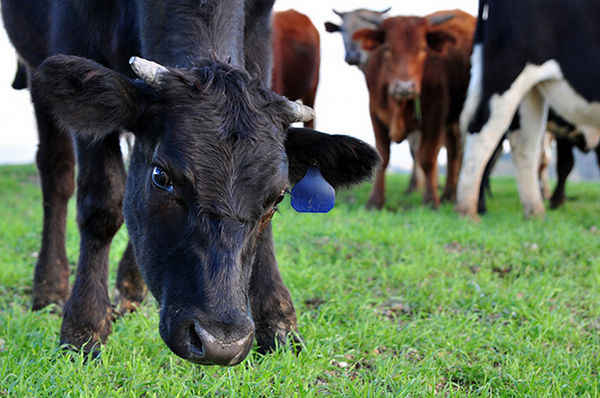 There are countless reasons that everyone should give up meat. It’s common knowledge that when you consume animal products you’re taking in saturated fat and cholesterol with no nutrients like fiber, which leads to many diseases of affluence that are quickly becoming epidemics. You should also be aware of what you’re consuming that isn’t listed on a nutrition facts label: pesticides, hormones, and antibiotics.

Over 80% of antibiotics sold in the U.S. are used on animal farms. Given the horrific, crowded conditions on factory farms, without preventive use of antibiotics infections would run rampant and ultimately hurt the bottom line of the meat industry. Antibiotics are also used to treat infections, but a less well-known use is to enhance growth of the food animals. Reuters reports that some antibiotics help animals better absorb nutrients, thereby growing them larger in a shorter amount of time. Clearly the industry has many motives to pump its animals full of these drugs.

Despite denial by meat producers, several scientific studies have shown that such widespread use of antibiotics creates drug-resistant “superbugs” which can infect humans. Due to this resistance, such infections are nearly impossible to treat which poses a major public health threat. As reported in the Huffington Post, the FDA was ordered last month to investigate and enforce, if necessary, its 35-year-old rule banning non-medical use of penicillin and tetracycline, two antibiotics you’ve likely heard of or even taken, in livestock. In a reportedly unrelated action, the FDA is responding to the greater global health crisis with a plan to be enacted voluntarily on factory farms in which many commonly used antibiotics would not be used for non-medical purposes. The initiative urges industrial farms to choose to eliminate antibiotics used for “production”, or growth, purposes.

While the FDA deserves credit for addressing the serious issue of antibiotic use on industrial farms, this initiative is an abomination. Mother Jones has a great breakdown of the facts. Essentially, there are a few glaring problems. For starters, the initiative only applies to antibiotics administered for growth purposes, a loophole which will allow the industry to continue using the same antibiotics under the guise of disease prevention. Looking at the big picture, this is allowing the meat industry to continue threatening human health, along with cruelly mistreating animals, rather than forcing them to adopt better practices. In addition, the initiative is completely voluntary. The only motive the industry has for participating is to falsely better their image in the eyes of the consumer and of the government.

Antibiotic resistance is a serious issue, and the government should not be cutting corners in favor of meat producers while risking countless lives.