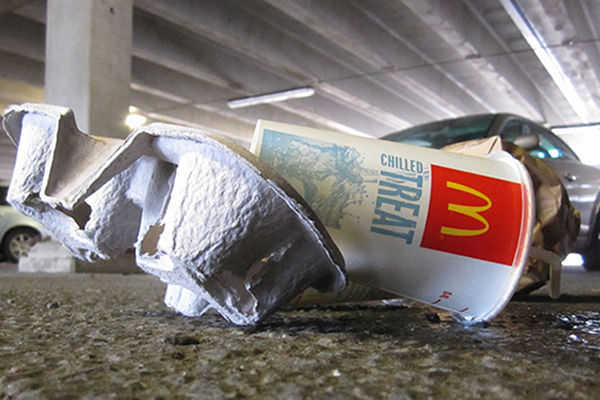 How far are we willing to go to improve the health of the nation, given that two thirds of American adults are either overweight or obese? Two new papers published in the British Medical Journal suggests that fat taxes are the way and a 20 percent or more tax on unhealthy food would be required if we wanted it to have significant effect on the health of the population.

The idea of “fat taxes” on unhealthy foods is not a new one. Denmark and Hungry have implemented nominal taxes on unhealthy foods and France has an extra tax on sweetened drinks. Researchers from the Center for Food Policy at London’s City University and Oxford University believe that taxing a wide range of unhealthy foods or nutrients is likely to result in greater health benefits than narrow taxes, they say, although the strongest evidence base is for tax on sugary drinks. A tax of at least 20% could drop obesity rates by 3.5 percent and prevent 2,700 heart-related deaths each year, according to the study.

One of the papers argues that an unhealthy food tax is just as logical as taxing cigarettes and alcohol, with a resulting decrease in consumption.

“Health related food taxes could improve health,” concluded the researchers. “Existing evidence suggests that taxes are likely to shift consumption in the desired direction, although policymakers need to be aware of changes in other important nutrients.”

The researchers also called for subsidizing the cost of healthy foods and vegetables to make them more affordable to greater numbers of people and to help encourage a significant shift in dietary habits.

Sounds like a pretty good idea to us, but the food industry argues that the taxes would be ineffective, unfair, and damage the industry leading to job losses.

What do you think? Would “Fat Taxes” work to help counter the obesity and heart disease epidemic in the U.S.?