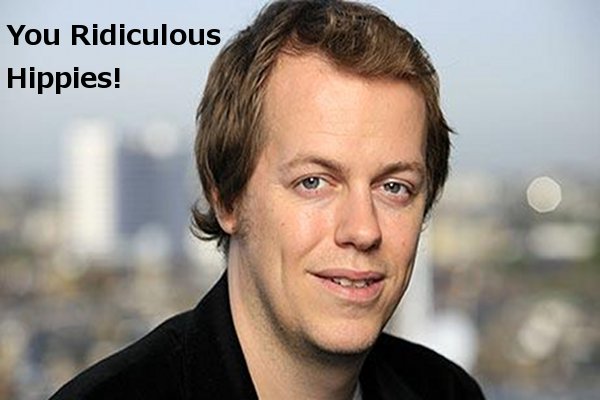 Most of us were probably taught and told numerous times to think before we speak. Apparently, someone did not get the memo… at least viewers of ITV’s “This Morning” seem to think so.

Tom Parker Bowles, son of Duchess of Cornwall, while demonstrating how to make fishcakes from sustainable cod and salmon last Monday on ITV’s This Morning, was quoted as saying, “Everyone needs butter because butter is flavor, and this whole idea that you don’t give children fat…..too much fat is bad, but children need fat for their brains to develop… All these ridiculous hippies who bang on and tell us that we shouldn’t be eating this, we should be eating vegan raw diets…for children, that’s child abuse, I think,” The Daily Mail reports.

Parker Bowles’ comments outraged vegans who took the debate to Twitter, with non-vegans defending the other side.

A comment on The Daily Mail sent by Tamara Donnelly may have nicely recapitulated the vegans’ underlying sentiment that such haranguing may be inappropriate, saying that “meat eaters have no right to accuse us of forcing our non-eating beliefs on to children. As you are doing the exact same with your meat diet. If you want to eat a meat even though it is proven to cause cancer, heart disease and obesity that is up to you. But don’t criticize those who chose not to.”

If you are not ready to be a “ridiculous hippy” yet, but are looking to kick-start a less carcinogenic diet plan, read more about the campaign Meat-free Mondays on Gwyneth Paltrow’s website GOOP (where we also discovered that Tom Parker Bowles was actually “intrigued” by the campaign!).