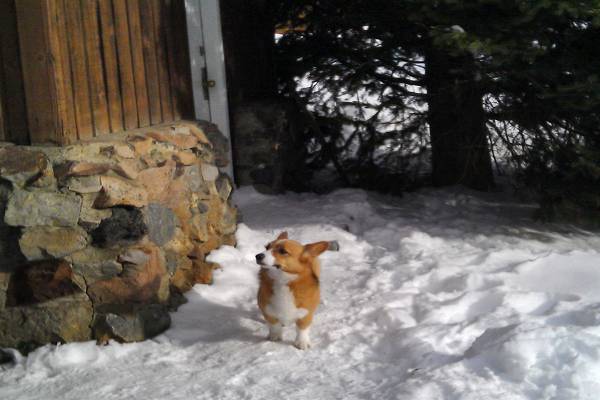 A Welsh Corgi that was feared dead after being swept away in an avalanche in Montana (that killed his owner David Gaillard) surprised everyone when he showed up four days later at the Montana motel where he and his owners had stayed the night before going back-country skiing.

Search and rescue team members were convinced that Ole had also been buried in avalanche and had been looking for him, but never saw any signs of Ole. However, much to the bewilderment of everyone, Ole miraculously showed up exhausted and hungry back at the Cook City Alpine Motel, four miles from where the slide occurred.

“He was buried about 50 feet below David, about 3 feet deep,” Bill Whittle, owner of Antlers Lodge and a rescue team member told the Bozeman Daily Chronicle. He added he thinks that “Ole was buried for four days and he dug himself out. … They’re incredible animals.”

Ole appeared hungry, thirsty and frightened, but he has since been reunited with the Gaillard family.