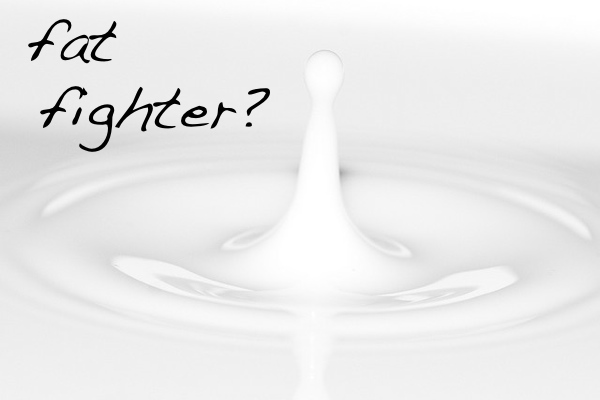 A study published in the latest edition of Cell Metabolism suggests that a compound found in milk could help protect against obesity.

A team of researchers at the Lausanne, Switzerland Polytechnic School (EPFL) set out to study the effects of nicotinamide riboside (NR), a compound found in milk, on body weight and fat-burning. NR is a vitamin recently discovered by a biochemist at Dartmouth Medical School.

Researchers discovered that mice fed NR supplements in conjunction with a high fat diet burned more fat and showed greater muscular endurance than those that did not receive the supplement. Thus, the NR-supplemented mice stayed slimmer and even became better runners than their NR-deprived counterparts.

The report also noted that NR could potentially help improve metabolism and “prevent mitochondrial decline that is the hallmark of many diseases with aging.”

But don’t grab a glass of milk just yet…

Lead researcher Johan Auwerx noted that the fat-burning and endurance-boosting benefits seen in mice would be extremely difficult for humans to achieve simply by drinking milk. More likely, this compound could be used in the future as part of a metabolism-boosting supplement. Additional studies are needed to determine just how effective the compound could be in fighting obesity in humans.

EPFL is funded by a number of Swiss health and science organizations, as well as Nestlé Suisse.