Does Animal Welfare Lead to More Animal Use? Animal Testing on the Rise in the U.K. 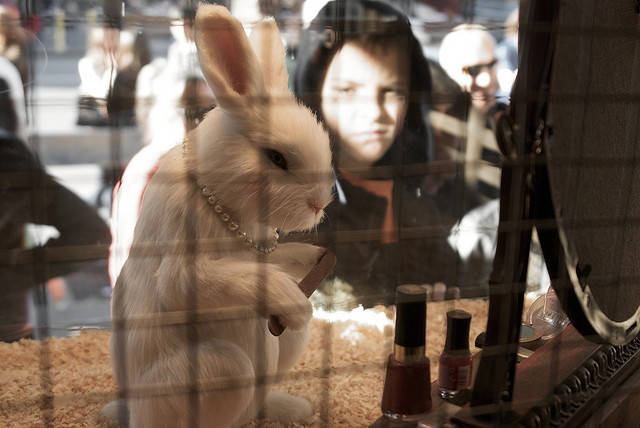 Saying that animal testing is a heated issue understates the problem to a remarkable extent. Even the most  ardent animal activists have probably been affected by a by-product of animal testing. You cannot ignore the fact that human lives have been saved on the backs of animal suffering. So, then, what do we as responsible people do? How do we make efforts to decrease animal suffering, without increasing human suffering? The answer is alternatives –not only the use of accessible alternatives, but also a push in the direction of finding/researching new alternatives.

The Animal Scientific Procedures Act of 1986, “Regulates the use of animals in scientific experiments and ensures their use is limited to only where there is a clear potential benefit to either people, animals or the environment; and when there is no means of obtaining these benefits without animal use, or at a lesser animal welfare cost.” This act seems comforting to those of us who are interested in animal welfare. However, when paired with new statistics on animal testing released by the British home office, they seem troubling.  3.79 million scientific procedures were started in Great Britain in 2011, an increase of 68,100 procedures (2% over last year). Home office minister Lynne Featherstone said,”As part of this ongoing work, we will continue to promote measures that will ‘replace, reduce and refine’ the use of animals in scientific testing,” and that “The report shows the important work being done in this country to regulate animal procedures and to ensure the UK’s high standards of animal protection are upheld.”

Regardless of your personal stance on animal testing, which are probably nebulous due to a loved one or personal experience with life saving drugs, we can assume that animal testing is not something that will ever completely disappear anytime soon. That does not mean that Featherstone’s responses should go without criticism. Increases over the past decade are alarming, and they do not show a substantial move towards the replacement, or reduction of animal testing. What we see is large pharmaceutical pushes towards new drugs and results, which are then coupled with mild pushes towards animal welfare actions.

Animals need us to speak up and work towards alternatives and harsher regulations against unnecessary testing.