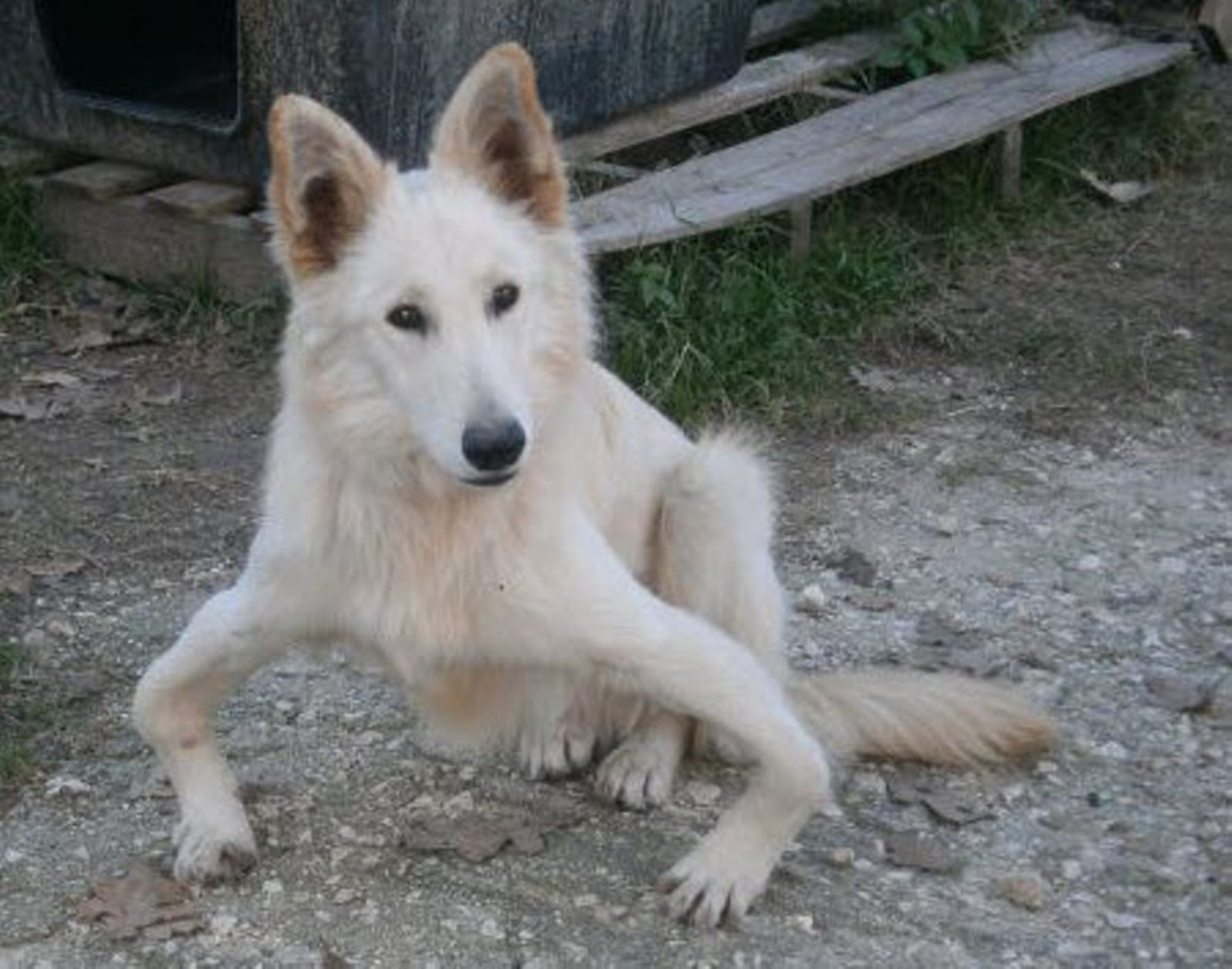 Sandy is not your typical dog. He was abandoned by his owner in Greece early on as pup, presumably because of his special condition – his bowed legs – that made it difficult for him to move around and standing up-right seem like a distant dream.

Yet, despite these challenges, Sandy remained excited about life and perhaps, as a result, captivated the hearts of many animal lovers thousands of miles away in England.

Once Hertfordshire, England-based animal shelter Mutts in Distress heard about Sandy’s story, they immediately set an action plan in place to fly him all the way to their little corner of the world to get Sandy back to full health and give him a fighting chance, hoping to provide him with the opportunity to walk like any other dog.

With the help of generous supporters, who raised hundreds of pounds, Mutts in Distress was able to give Sandy the rescue of a lifetime.

Late last year on Dec. 21, 2013, Sandy finally arrived at the shelter, and the veterinary staff at Cambridge Beehive Companion Care, who decided to take on Sandy’s leg operations for free, fell in love with him instantly.

But before any procedures could be done, Sandy had to be checked out to determine “how badly his legs [were] affected,” as Mutts in Distress writes.

He was pretty tired from his trip and all the medical attention, falling asleep not long after his first x-ray was over.

Thankfully, Sandy’s x-rays showed some promise and he was scheduled for his first leg surgery just a month later — woohoo!

Everyone was impressed by how well his first surgery went…

…as Sandy came out of it with a straight leg!

According to Mutts in Distress, Sandy’s vet made a cart for him to help him get around, yet apparently Sandy would have “none of that … determined to do it himself.” What a sweet, little wonder!

“This young boy is so happy despite all that life has thrown at him. Just incredible,” Mutts in Distress writes.

A few weeks after his first surgery, Sandy went in again to get his other leg straightened out.

Mutts in Distress reports that Sandy was “a little disoriented” after the second surgery and “now faces two months of healing, including physiotherapy.”

However, everyone is more than confident that he will pull through yet again as little Sandy has proved to be quite the fighter, refusing to not give up in the face of adversity.

To keep track of Sandy’s recovery, check in with Mutts in Distress periodically for updates.