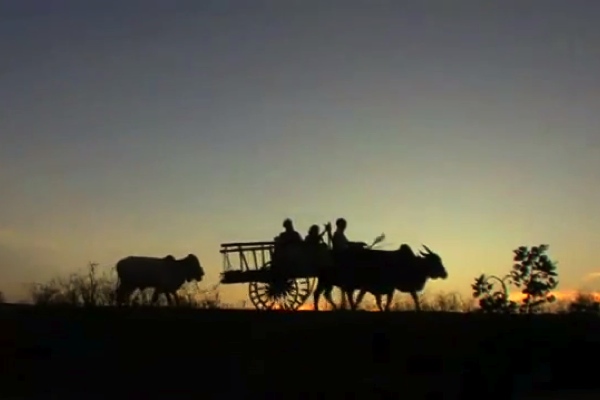 Bitter Seeds is the third and final film in Micha X. Peled’s award-winning Globalization Trilogy. The film follows a season, from sowing to harvest, in an Indian village where many small farmers are struggling to make a living.

Following a U.S. complaint to the World Trade Organization, India was coerced into opening its doors to foreign seed companies. Within a few years, large corporations had taken over the country’s seed market, and now only genetically modified seeds are available in many locations. GM seeds are much more expensive for farmers, and require extensive additional purchases such as insecticides and fertilizers.

An estimated 80 percent of farmers are only able to borrow from private money lenders who charge extremely high interest rates, adding to their indebtedness. And to even obtain the loans, farmers often have to use their land as collateral.

Although large corporations like Monsanto have prospered, small farmers are deep in debt and unable to support their families. The situation in India is becoming desperate, with many farmers losing their land, and a spreading epidemic of farmer suicides. Every 30 minutes, one farmer in India commits suicide. These suicides have already claimed over a quarter of a million lives.

While proponents tout GMO crops as the solution to world hunger, this film provides a glimpse into the significant human costs associated with the rise of multinational corporations and genetically modified seeds.

The film series, which includes Store Wars: When Wal-Mart Comes to Town, China Blue, and Bitter Seeds, has won 18 international awards, aired on more than 30 television channels, and screened at over 100 film festivals. To find a screening, purchase a DVD, or learn more about the films, visit Teddy Bear Films, or check out the movie trailer below.