Are Potatoes the Newest Superfood? 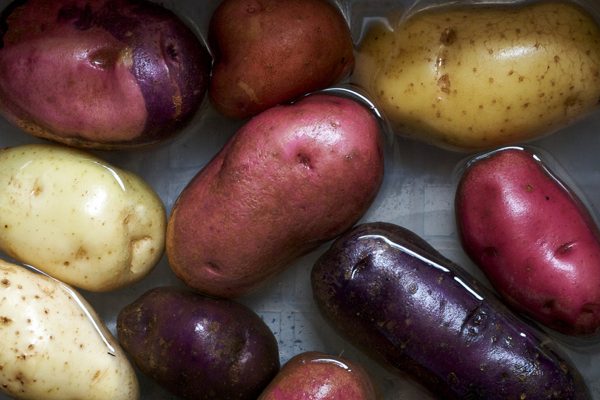 Lumped in the “nutrient-poor white food” group, potatoes often get a bad rap. But according to a new study by independent nutritionist and data analyst Sigrid Gibson, this reputation is undeserved and highly inaccurate. White, yes. Nutrient-poor, no way.

For the study, Gibson analyzed the food intake records of 876 children and 948 adults who were participating in the UK’s National Diet and Nutrition Survey program. She found that because they are so widely consumed, potatoes contribute more significant amounts of folate, iron, magnesium, and potassium to most people’s diets than traditional “superfoods” like broccoli. Most children in the study also got more selenium from potatoes than from all nuts and seeds combined.

A study published in January of this year also found that potatoes lower blood pressure in people with hypertension and obesity without increasing weight.

Although the study was carried out for the Potato Council, the nutrition data doesn’t lie. Just one medium potato contains as much dietary fiber as five-and-a-half bananas and more vitamin C than three avocados.

Superfood? Perhaps not. But maybe now potatoes will start getting more credit for their nutritional value.