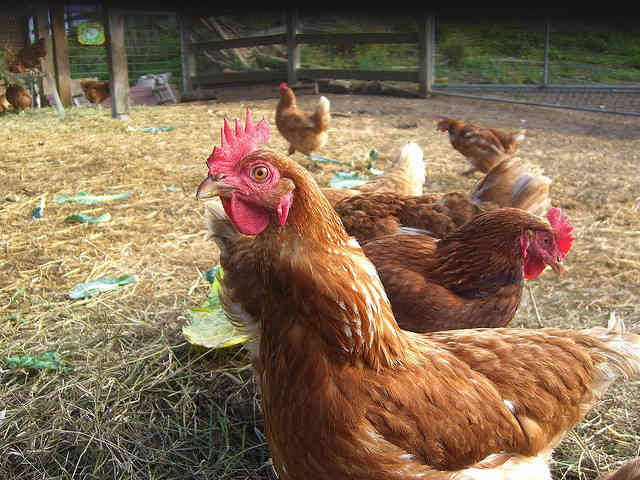 Nearly 50,000 hens have been found either dead or starving at a California chicken farm, after the operator abandoned it.

According to authorities, the hens had not been fed in more than two weeks. Annette Patton of the Stanislaus Animal Services Agency told the Modesto Bee that about one-third of the hens had died of starvation.

The farm was rented by A&L Poultry and the owner, Andy Keung Cheung could face animal cruelty charges. He declined to comment when the newspaper reached him by telephone.

Authorities were called to the ranch after someone nearby complained about the smell. The hens were abandoned and left to starve apparently because of the high cost of feed, said Bill Mattos, president of the California Poultry Federation.

Initial reports stated the all the surviving chickens would be euthanized, but the Sacramento Bee reports that thousands will be saved. “We’re going to help load them up to the rest of the agencies that are here,” said Annette Patton. The non profit group Farm Sanctuary has been working to rescue 2,000 surviving hens.