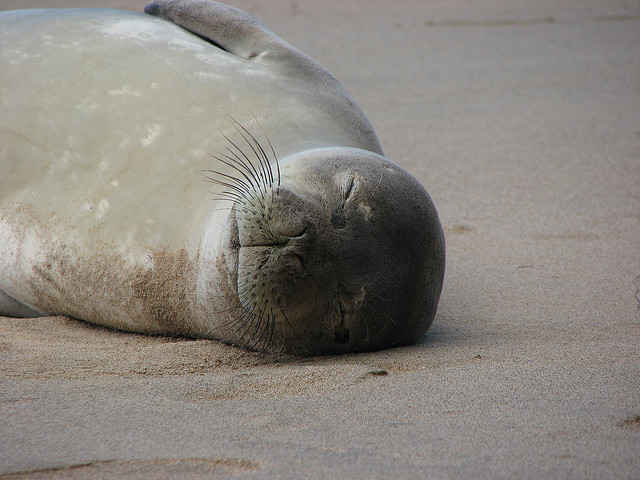 The recent slayings of three endangered Hawaiian Monk Seals have lead to an offer of up to $30,000 for any information that leads to the arrest and conviction of the perpetrators.

The are currently as little as 1200 seals left in the world, and the critically endangered species is expected to die out within the next century if nothing is done to prevent the decline in numbers.

The real affect of these killings is not the affect on these dwindling numbers, it is the emotional and environmental part that they play in their surroundings. According to William Aila, chairman of the state Department of Land and Natural Resources, these killing are, “inexcusable environmentally and culturally.” And the seals are, “fun-loving animals in Hawaii that have a close relationship with not only with Native Hawaiians but the local population.”

The reaction to these crimes is strong and far-reaching. The Humane Society of the United States has pledged $7,500 total and the Conservation Council for Hawaii, Center for Biological Diversity and the Marine Conservation Institute have collectively offered $7,500. The other half of the reward is coming from an anonymous donor.

According to Hawaiian state law, the penalty for the crimes is a fine of up to $50,000 dollars and a 5-year jail sentence.  These creatures, which are known for their love of solitude, are a large part of the Hawaiian culture and the Hawaiian people are not taking these crimes lightly. In the words of Inga Gibson, Hawaii director of the Humane Society of the United States, “The monk seals are, have been and will continue to be a part of our existence here in Hawaii.”