The Politics of Food: Freedom to Choose ≠ Freedom to Impose Costs on Others 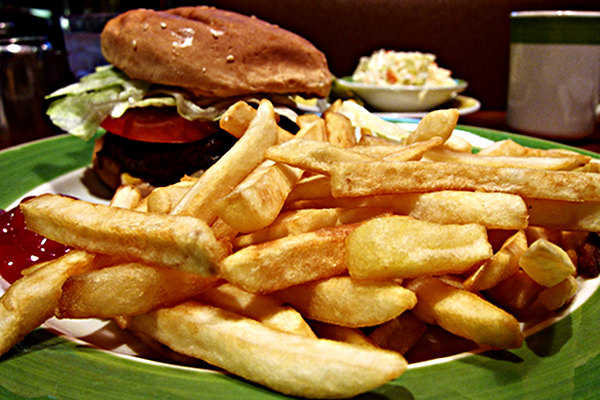 Although nothing Glenn Beck says surprises me anymore, it seemed rather unconservative to lambast Michelle Obama’s efforts to combat childhood obesity. Beck is quoted as saying, “Get your damned hands off my fries, lady. If I want to be a fat-fat-fattie and shovel french fries all day long, that is my choice.”

On the face of it, the statement sounds reasonable, if not overly bombastic. After all, this is supposed to be a free country. But those who express such sentiments are often the same people who oppose mandated health insurance. Ironically, if an uninsured obese child or adult faces years of health care costs they can’t afford, or winds up in an emergency room, the rest of us foot the bill through our increased insurance and health care costs. And when meat and dairy products, processed foods, and Big Ag are subsidized through our tax dollars, while organic, small farms are not, all of us wind up paying the costs of unhealthy diets, even if we personally choose to eat healthy, plant-based, organic foods.

How is it that an organic apple can cost more than a McDonald’s burger? It can’t, unless we subsidize the water, land, fuel, grain, predator “control,” and other costs associated with beef production. Freedom of choice ought to come with real consequences. The dollar price of unhealthy food should reflect its true cost, and those who insist we shouldn’t promote healthy foods to children ought to insist just as vociferously that we end agricultural subsidies paid for with our tax dollars. A logical response to the promotion of unlimited freedom of choice would also entail a belief that no one should receive treatment by a doctor or at a hospital unless they can pay the bill, even if that means that a child suffering the health consequences of obesity, and whose parents are uninsured or unable to afford health care, is turned away at the emergency room door.

Barring such draconian measures, it seems quite reasonable to promote healthy diets; stop subsidizing unhealthy foods; ensure the school lunch program not be the dumping ground for high fat, unhealthy meals; launch a national program to fight childhood obesity, and even challenge the legality of advertising foods that wind up making us sick.

When I was a child, cigarette and hard liquor ads were ubiquitous on television. Now they are banned. Tobacco kills an estimated 400,000 people every year, and the social and economic costs to society were eventually understood to outweigh tobacco and alcohol companies’ “freedom of speech” to advertise on TV.  Meat-based diets kill a similar number of people every year as tobacco, yet Burger King and McDonald’s are free to advertise their Whoppers and Big Macs on TV. At least now. I believe that such advertising will eventually go the way of cigarette commercials and be banned, too.

Freedom isn’t synonymous with unlimited personal choice. When our individual freedoms trample on others’ freedoms – to be free from costs associated with others’ bad choices – we must work to find a balance. I applaud Michelle Obama’s efforts to fight childhood obesity. I think our children ought to be free to eat foods that are healthy, tasty, nutritious, and affordable and to be free from manipulation, brainwashing, and lack of healthy food options.