The Many Reasons to Fall in Love With Apples 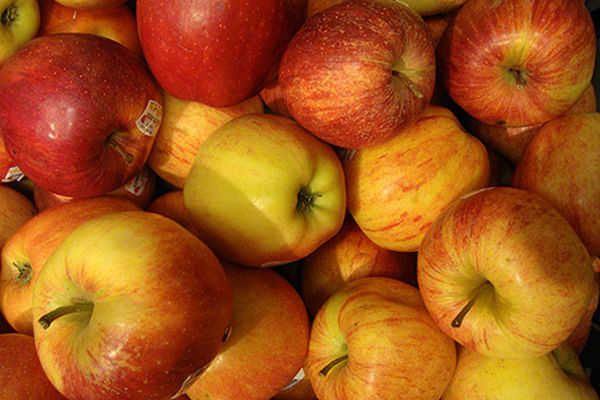 Nothing says autumn like red, green and yellow apples that match the seasonal changing leaves. Apples not only score points with teachers but are also high in antioxidants and fiber, so an apple a day could actually go a long way toward keeping the doctor away.

As reported in the New York Daily News, a study published in the Journal of Functional Foods found that healthy adults, age 40-60, reduced their bad cholesterol by eating one apple every day for four weeks. The researchers isolated apples’ polyphenols, which have antioxidant properties, as the possible reason for the fruit’s healthy reputation.

Separate groups were given polyphenol capsules or a placebo, but the 16 participants who consumed Red or Golden Delicious apples each day saw the greatest improvement: a 40 percent reduction in artery-hardening cholesterol. Robert DiSilvestro, lead researcher, commented that daily apple consumption is more beneficial to cholesterol levels than consuming other high-antioxidant foods he’s studied, including green tea.

In addition to lowering cholesterol, a 2011 Dutch study found that apples, like other white-fleshed fruits and vegetables, lowered the risk of stroke. Chicago’s Daily Herald also reports that eating apples is shown to aid in weight loss, likely because their four grams of fiber make regular apple eaters feel full.

Apples are great-tasting and portable, and cooking with them makes your house smell terrific. This fall is a great time to add more of these nutritious fruits to your diet. Try some of these recipes: