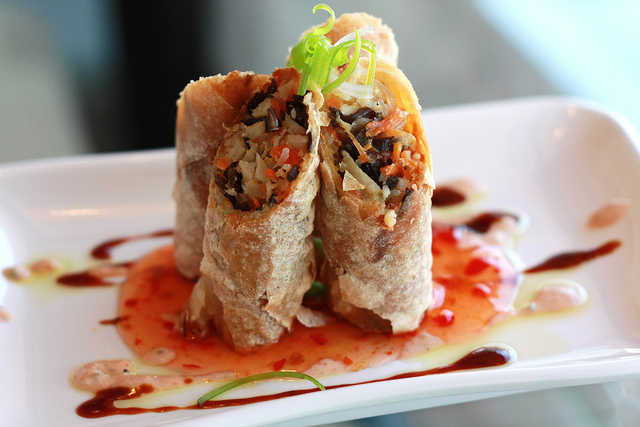 Menus based on plant foods lie at the heart of some of the world’s healthiest diets. But while a common thread runs through these meals—lots of fresh, whole plant foods—people from around the globe have come up with some pretty diverse ways of eating. And no single culture has cornered the market on healthy diets. Instead, each has something unique to offer.

So if you’re looking to make your vegan diet even healthier, here’s how to take advantage of what the world has to offer.

Get soy savvy. It might still be a mystery to some westerners, but tofu—and other soyfoods—lies at the heart of Asian cuisine. Especially among older people who eat more traditional diets, soyfoods are frequently front and center. Does this explain some of the health advantages in these populations? It might. Both the protein and isoflavones in soyfoods may reduce heart disease risk. And women who ate soyfoods in childhood and during their teen years could have a lower lifelong risk of breast cancer. Soy isoflavones could even improve prognosis for breast and prostate cancer.

Bring on the curry. Some of the spices used in Indian curries are packed with phytochemicals. For example, curcumin, a compound found in the spice turmeric, is a hot subject of research because it may have anti-cancer properties. Gingerol, from ginger could also have anti-tumor effects. And, don’t be afraid to turn up the heat; capsaicin is the pungent ingredient in hot chili peppers and it, too, may have anti-cancer effects.

Eat healthy fats like the Greeks and Italians. Scores of studies have documented the benefits of traditional southern Mediterranean cuisine—the kind of diet that was common in the region up to the 1960s. But what’s the reason for its health-protective effects? It’s hard to say because there are so many good things in Mediterranean dishes, including lots of fresh veggies and grains, along with beans, nuts and a generous dose of red wine. But, a relatively unique ingredient in that part of the world is olive oil. Oleocanthal is the phytochemical in good quality olive oil that gives that distinctive peppery bite to the back of your throat. It’s an anti-inflammatory agent and that, along with its fatty acid profile, means that extra-virgin olive oil may be good for heart health. But it may also reduce cancer risk and could possibly even protect cognitive function in older people.

Get protein from beans. As certain populations have become more affluent, beans have gotten pushed off the plate in favor of meat. But they play a big role in some Middle Eastern countries where chickpeas are paired up with sesame seed tahini to make hummus. And, beans wrapped in a tortilla are a Latin American speciality. These foods are the best way to get protein since it comes paired up with fiber. It’s no wonder that beans are associated with so many health benefits.

Take your vegan diet on a world tour. All plant foods are good for you, but dipping into these traditions can make your vegan diet even more interesting while taking advantage of the wide array of health-promoting compounds. Exploring world cuisine is a great way to keep vegan diets fun and healthy.