A Vegan Diet is Unhealthy? Says Who? 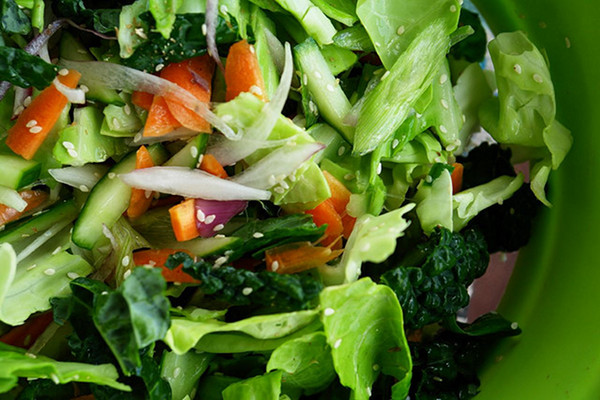 Anyone who is vegetarian or vegan has heard ridiculous claims from someone who is typically unhealthy. The diabetic, overweight uncle telling you how unhealthy it is to be vegan, the chain smoking neighbor that had a friend who had a daughter that got really sick not eating meat, and so on and on and on it seems. I’ve said it before that if you wouldn’t take investment advice from a homeless man why take health advice from the unhealthy? What happens though when the advice comes from someone sporting a six pack (the ab kind) and energy to go all day?

Let’s go back to the analogy of money. You would be hard pressed to find someone that would take investment advice from someone mired in poverty. True, they may actually know their stuff, but not likely. The same goes for the unhealthy, sick, overweight person giving health advice. Yes, they may know what they are talking about, but it’s hard to take advice from someone who clearly doesn’t take it themselves.

So what about taking advice from the rich? I personally have known a few very wealthy people. One inherited it from his family. Another happened on an idea that changed the industry he was in, he didn’t know much about wealth creation or money management but it came as a byproduct of his innovation in his field. The other was the richest person I have personally met. He was charming, a smooth talker and a snake if I ever met one. Now let me be clear, I’m not saying that all rich people fall into one of these categories, I’m just basing off of personal experience.

We can look at the first guy as someone like George Burns. Smokes cigars and drinks daily yet lives to be 100 years old. These people are the anomaly, not the norm.

The next guy was a good hard working guy. Never flaunted his money. You wouldn’t know he was rich by any standard, he just did what he was good at and the money flowed. It was how he was raised. I would liken him to a few people I know that were born and raised vegetarian. They are fit, they are healthy, it isn’t a “lifestyle” to them because it is all they knew. They never ate fast food, have never been overweight, and are rarely sick. The health (or wealth) comes as a byproduct of the way they live naturally.

The third guy I know (who is a real person) was a snake. Very charming, quite polite, big tipper everywhere we went. He came up in a poor household and had a rough childhood. Everything he has he made on his own. He’s generous, spreads his money around and people enjoy being around him. I’ve seen him make business deals, and while I’ve never seen or heard of him breaking the law, I have definitely seen him bend it. Loopholes, technicalities, omitted details are all part of the deal process. If you followed his advice you could become very wealthy yourself. Is this the life you want to live though?

In this scenario I liken him to the fit, athletic friend. He has a great body, seems to know a lot about health, fitness and nutrition. Everyone he gives advice to looks better and seems to perform better. But is he as healthy as he looks?

Athletes are a little better guarded against heart attack and cancer but it happens, often. In the last year alone I can think of 4 incidences of ‘fit’ athletes dying of heart attacks, and one recent case of diverticulitis that almost cost an athlete his life.

Like the very rich friend I had, the surface is not always telling of what is happening on the inside. Truth be told the rich friend was the most stressed out guy I have ever met. He once told me that he had to make more than a million dollars per month to stay even! Money didn’t alleviate his problems, it added more zeros to them.

A six pack doesn’t eliminate all disease, it hides them. It gives the false sense of security that we can “eat anything” because it will burn off no problem. The reality is that it is no more true than the idea that a new paint job will revive a dead engine.

One last point to make, and that is about the sickly vegans and vegetarians. They are out there (though we need to make a distinction between people on plant based diets and people who just don’t eat meat). Twinkies are vegetarian, soda is vegetarian, margarine is vegetarian. Taking away meat while leaving all the other destructive elements of the modern western diet is a delusion and is setting yourself up to be the person someone’s unhealthy uncle tells their healthy plant based diet nephew about.