Is Going Grain Free Better for Your Health? 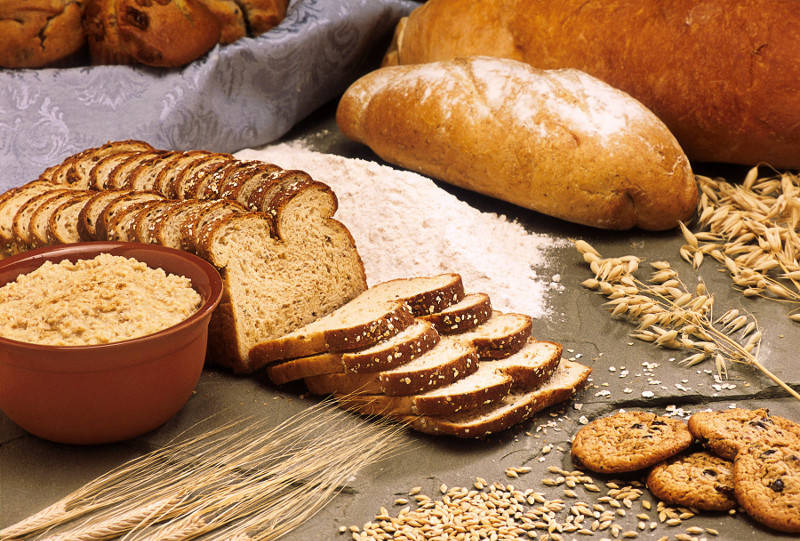 Grains are great (they’re cheap, nutritious, low fat and full of fiber, and they taste great, too). Or are they?

Some people say grains do more harm than good for our bodies, that our bodies aren’t equipped to consume them, so we should stop eating them or greatly reduce the amount we eat.

The Paleo argument against grain

You’ve most likely heard of the Paleo diet, which has become more popular, especially among athletes. But do you really know what it is and why people follow it?

Also known as the Paleolithic diet or the caveman diet, this way of eating has been around since the 1970s and is similar to the Atkins diet. Followers only eat foods that were natural to the human diet around 10,000 years ago when people were hunters and gathers. The argument is that humans back then didn’t have diseases and health problems, which were caused by the addition of grains, beans, peas, soy, potatoes, dairy, processed foods, refined oils, refined sugar, salt and alcohol to our diets — all foods Paleo followers aren’t supposed to eat.

What do Paleo proponents eat? They pack their plates with a lot of meat, seafood and eggs, preferably wild and often equalling more than 50 percent of their daily calories. The rest of their meals include vegetables, fruits and nuts.

Why don’t Paleo followers eat grain? Because they believe our bodies are not genetically equipped to handle grains and the other foods on their do-not-eat list. As they say, grains are not nutrient dense, have a high amount of antinutrients and potentially stimulate autoimmune diseases, such as celiac disease.

Problems with the Paleo diet:

Also, it’s true grains are not the most nutrient-dense food, and we can obtain all nutrients in grain from other sources, but whole grains still can be part of an affordable, healthy diet when eaten in the right amount with vegetables, spices and other good-for-you ingredients. Cooking grains reduces or eliminates toxins; plus, preparing grains by soaking and sprouting and fermenting makes their nutrients more usable by our bodies and further eliminates antinutrients.

When you eat grains, eat these foods, too:

Paleo followers often argue against eating grains, legumes and potatoes partly because of their phytates, but phytates can actually be good. Research has shown them to have anticancer benefits.

The Wheat Belly argument against grain

On the other hand, many people today are going wheat free, or cutting out the most popular grain, because they believe they will lose weight and prevent everything from heart disease and diabetes to arthritis and cognitive problems.

Dr. William Davis, a cardiologist, began this diet with his book, Wheat Belly: Lose the Wheat, Lose the Weight, and Find Your Path Back to Health. The diet calls for eliminating wheat and gluten and many other foods as well, including legumes, starchy vegetables, dried fruit, corn starch, corn meal, processed foods and fast foods. This diet also calls for eating a limited amount of non-gluten grains, like quinoa and rice, and other foods, such as non-cheese dairy and fruit.

Why is wheat bad?

As Davis says, modern wheat is bad because it has been altered over the years and is now a “Frankengrain.” Similar to the Paleo diet, he suggests getting back to the way our ancestors ate in nature, not products grown for production or manufactured. He calls wheat worse than table sugar, because of its high glycemic index. He says its the cause of many diseases from diabetes to heart disease.

According to the Berkeley Wellness Letter, “Unless you have celiac disease or another type of gluten intolerance or sensitivity, there’s no reason to avoid wheat.” Most nutrition experts say this way of eating is too restrictive and won’t be sustainable in the long term.

Should you go grain free?

Probably not. Should you choose healthier grains (i.e. whole grains) and limit your intake? Probably so.