Are Thermal Receipt Papers a Risk to Your Health? 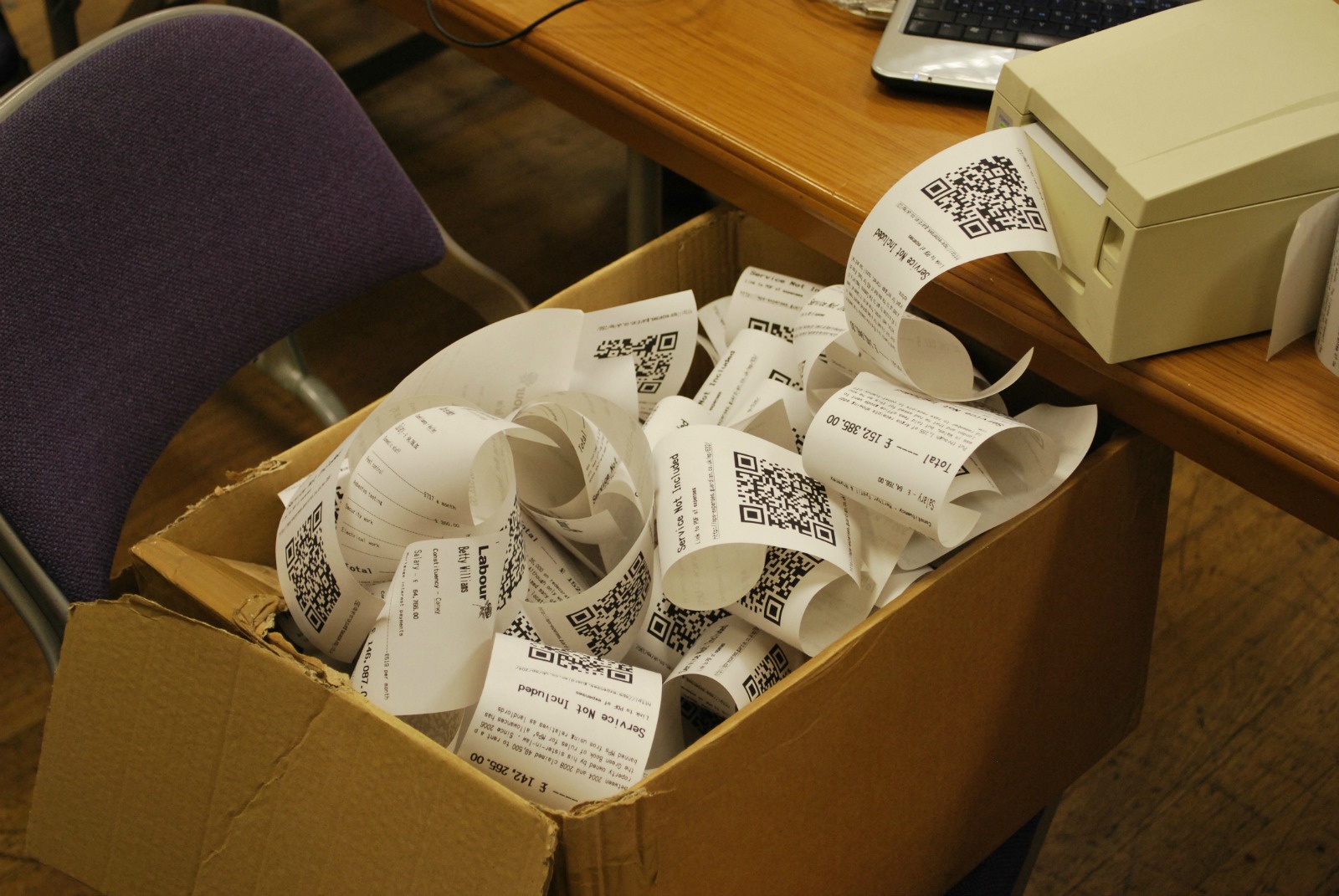 It seems that with over 80,000 chemicals introduced into our environment in the last century, you can run but you cannot hide. There is no doubt that a portion of the rise in chronic illness in the Western world, including heart disease, obesity, thyroid disease,  behavioral disorders, and diabetes, are attributed to toxic levels of a variety of chemicals which are stored in human adipose tissue and interfering with normal physiology. For example, two chemicals, bisphenol A (BPA) and S (BPS), have been estimated to add $1.5 billion a year to the cost of cardiovascular care. BPA and BPS are certainly amongst the most important and best studied of the industrial chemicals and are found in food and beverage containers, can linings, dental composites, PVC products, and thermal paper used for receipts by food vendors, airlines, gas stations, and ATM machines. The thermal paper used for receipts is coated with free BPA and BPS as a heat activated developer. BPA can be found in the urine of over 90 percent of children and adults.

Is Handling Receipts Really So Bad?

We all handle thermal receipts almost daily and the question “do you want your receipt” is heard or flashed on a screen several times a day. Do you need to worry about this?  Researchers in Columbia, Missouri evaluated the impact of handling these receipts on blood and urine levels of BPA and BPS under situations that mimic common settings we may find ourselves in. First they collected used receipts in bars, restaurants and stores and found BPA at high levels in 44 percent and BPS in 52 percent of the samples!

Next they measured levels of these chemicals in subjects using Purell hand sanitizer who then handled receipts. Many lotions including Purell have additives that enhance the skin absorption of chemicals. A large amount of BPA was transferred to the wet hands within just 45 seconds, much more than in repeat measurements in dry hands.

Finally, the scientists ran measurements where the subjects used hand sanitizer, held a receipt then ate 10 French fries over eight minutes. BPA and BPS were rapidly transferred to the fries and then ingested causing blood levels of these chemicals to rise to very high levels after the fries were eaten!

The Verdict on The Dangers of Thermal Receipt Paper

There clearly is not enough data to fully judge the health risks of thermal receipts but these data are shocking and concerning. Food workers or habitual customers that use hand sanitizers before taking a receipt and eating food could be getting repeated high level exposures to BPA and BPS.  The health consequences are unknown but cannot be good.  In the meantime, strategies such as only using dry hands to take a thermal receipt, declining a receipt, and avoiding hand sanitizers and lotions while handling receipts and food may be wise. Plain old soap and water is the best choice. Undoubtedly, an alternative to  the current thermal paper will be developed and one can only hope that the improved version will be finger licking good.