Real Men Eat Plants: Why the Meat and Manliness Connection is Beyond Ridiculous 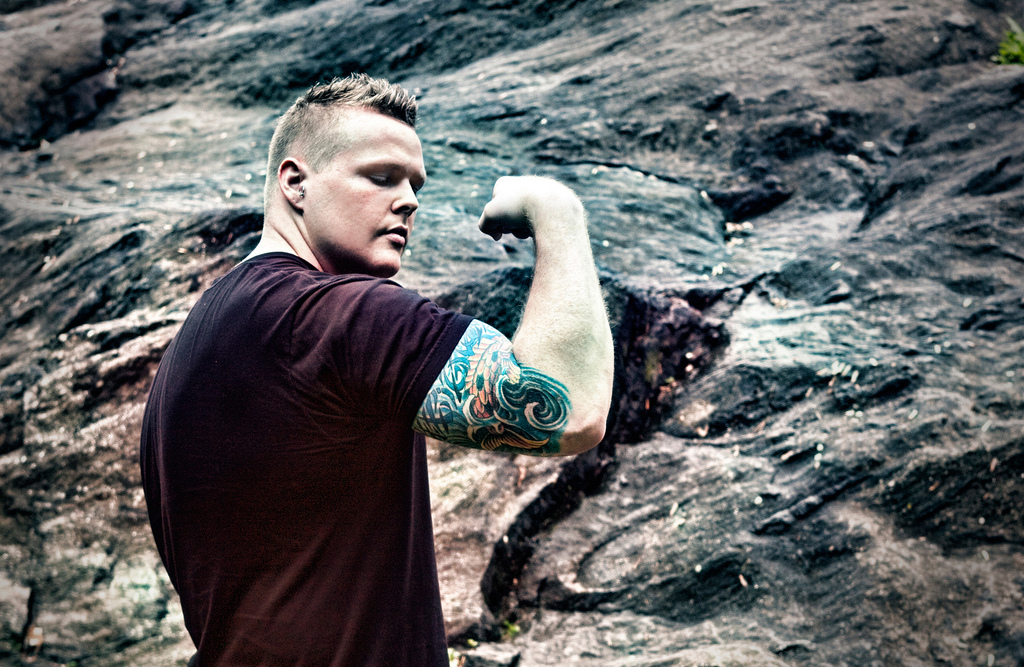 At some point in history, meat somehow became a huge component of “manliness.” Now, commercials, TV shows and movies often depict men as carnivorous eaters, hell bent on eating thick steaks and working flesh-laden grills. If a man were to choose asparagus over Angus or lentils over lamb, he is likely to be portrayed as feminine or funky or flat out mentally deranged.

But, we’re here to tell you — though we believe we all already know very well — that meat and manliness are not inextricably connected, nor are plant-based diets and prototypical males mutually exclusive. That’s just ridiculous. Real men don’t require protein from animals. They don’t need to drink milk. Their grills (grilling may be a requirement — I’m not sure yet) don’t need to drip with fat, gristle, bones or things wrapped in pork fat. Real men — real people, for that matter — are not stereotypes.

For a moment, though, let’s play with the idea of what a real men say and do:

In my opinion, nothing goes quite so far in defining a man as his willingness to define himself. Every real man I know is a man who has his own opinions and methods of operations, reached via his own life experience. Basing his masculinity on something so trivial as a hamburger would be utterly laughable, as it would be no more or less valid than defining a woman’s femininity by noting which she preferred, tea or coffee. Obviously, real women drink tea. See the point?

Picture Bruce Willis, aka John McClain, in Die Hard: We never see him eating a meaty meal, yet we still know he’s all man. Why? Well, for one, he takes down an army of heavily armed thieves. But, what we admire as manly is that he isn’t scared of that towering blond guy, he knows how to thwart the robbers and he puts his know-how to good use. Real men don’t just sit back in such situations. Now, imagine — this won’t be a stretch — a man spotted an environmental crisis and giving up meat would help to save it … What would a real man do? Would he keep grilling steaks or learn a kickass recipe for veggie burgers?

For whatever amount of brawn and bicep a guy can show, if he isn’t responsible, he often gets dropped from the real man conversation. Real men handle their bills, keep their word, take care of their children and even look after their own health. There is a lot of bad press rolling around about meat and dairy these days, and while opinions may vary, surely some real men have taken notice and thus taken responsible steps to a more plant-based way of living, for themselves as well as the world and people around them. Kudos rather than doubts go out to these men.

“Real Men” Do the Right Thing, No Matter the Cost

Hypothetically, if a man were to believe that eating meat were immoral (not to propose that people who eat meat are immoral, just the ones who believe it’s wrong and do it anyway) then eat a rack of ribs just to confirm his masculinity, well, that would be the antithesis of manliness. Real men do the right thing even when it hurts. They stand up for beliefs that may not be popularity winners in the locker room. What they had for lunch has nothing to do with it unless, as in our hypothetical case, it matters to that particular man.

Bullies may have many “masculine” traits, such as strength and cockiness, but real men aren’t bullies. They are compassionate and work hard to care for those around them. Real men may, at times, demonstrate power and confidence, but he isn’t doing so to display his ability to do so. A real man might eat meat, but not for the simple fact of displaying that he can kill and cook the carcass of a cow or chicken or fish. Many real men couldn’t bear to hurt an animal, which is why it would make sense for said real men not to eat them.

Image source of Rob Bigwood, A Vegan, A Top Seeded Arm Wrestler, An Animal Activist, and A Designer: Hyun Lee/Flickr