Vegans in the Rise of Ultra Running 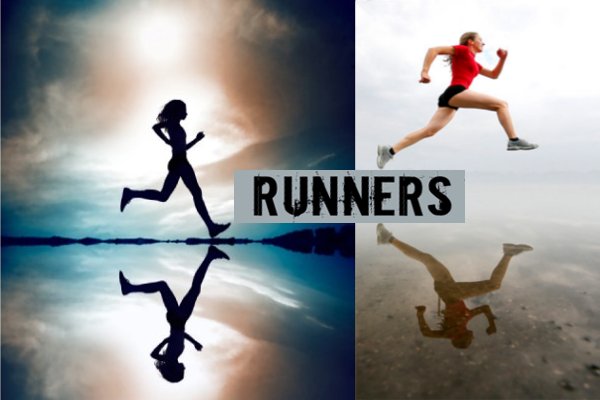 It used to be the case that completing a marathon was seen as the pinnacle of achievement for the keen long distance runner, whether professional or amateur. There is certainly something quite magical about that distance of 26 miles, 365 yards (or 42.195 km for those who prefer the metric measurement). Marathons have great history surrounding the event and deservedly so. Anyone who completes a marathon has accomplished a great feat, with those doing it in world record pace, or simply finishing in any time, or anywhere in between, often being hugely admired by both runners and non-runners alike.

But now the marathon is sometimes seen as a mere stepping stone en route to taking part in longer races, known as ultras. There is some debate as to what the minimum length of an ultra might be, but there are some common distances (50 or 100 kilometers, and 50 or 100 miles) as well as many more events of seemingly randomly chosen length. These include Badwater in the US (California) at 135 miles, or the Grand Union Canal Race in the UK (Birmingham to London) covering 145 miles. And there are plenty of longer ones out there too.

Ultra running is becoming an increasingly popular sport worldwide, including amongst vegan runners. So, who are these crazy athletes spending hours upon hours training and then getting out on the trails or roads, often for over a day at a stretch, to compete in these races? Could a vegan, consuming only plant-based foods, really hope to build the endurance required to take on this sort of extreme challenge? And would a vegan have any chance of actually being successful in this demanding pursuit? The answer is a resounding yes! One of the names that springs instantly to mind for anyone who knows even a little bit about the ultra running community is Scott Jurek. This man really is quite amazing. He has won the Western States (a grueling 100 mile race), not just once, but seven times. He has also won the tough Greek Spartathlon race (153 miles) three times and the aforementioned Badwater twice. He holds the US record for the most distance run in 24 hours (165.7 miles). These are just some of the highlights of his prestigious career. And all fueled on a vegan diet.

Obviously Scott Jurek is right at the top end of the scale, but vegans who run can be found the world over, with vegan running clubs becoming popular in various countries and a growing number of their members getting into ultras. And we’re starting to get noticed! One of the key things that is important in endurance running is the ability to recover quickly from a hard race or long training run, ready to get on with the next. It is not unusual to find that vegans have great powers of recovery and are capable of keeping up high mileage training as well as taking part in several races every year. Some omnivores have been attracted to trying out a vegan diet in order to try to increase their performance. For some, it may be an experiment that only lasts a while, but for others it has become a permanent lifestyle choice.

I compete in a “UK Vegan Runners” vest and have enjoyed subtly spreading the message and chatting with other runners, about how it is possible to consume plenty of nutritious calories to fuel my way round some very long runs, without the need for meat and dairy. Runners on the trails tend to be outdoor-loving types, and keen on the idea of adopting a cruelty-free existence. I am not usually at the fast end of the pack, but occasionally good enough to convince others of the wisdom of my diet choices – I have managed to win the women’s South Downs Way Race (a hilly 103 miler in the UK) and get a world best time for a multi-day event (a total of 262 miles in 39 hours, 7 minutes, spread over ten days). I don’t know whether I’d have achieved the same if I were not vegan.

The ultra running community is generally very welcoming of all who want to run long. It’s a great place for fitting in with like-minded souls who are open to new or different ideas, including the notion of an animal-free diet. Some runners, noticeably at shorter distances, can be found suggesting that vegans can’t possibly be decent runners and these folk can be quite disparaging. But just being at the starting line of an ultra race shows a certain level of commitment and ability that is respected. The ultra world is full of interesting characters, who are very supportive of each other, keen to congratulate the last finishers as well as the fastest runners. If you are a vegan runner wondering about stepping up in distance, or a non-vegan ultra runner thinking of a change in diet, there is plenty of inspiration and experience out there suggesting you can do it – so why not give it a try?