Thanksgiving: A Time for Gratitude, Celebration, Peace and Reflection? 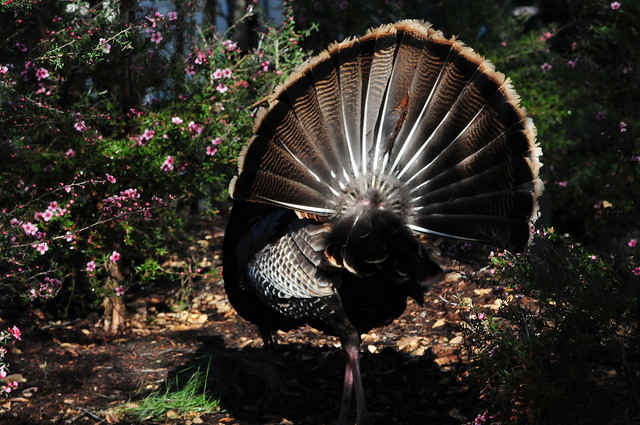 Historically, Canadian and US governments declared “a holiday of thanksgiving” during the months of October and November respectively. As a researcher for The Ghosts in Our Machine documentary project, I am researching the plight of turkeys used in factory farming. The Ghosts in Our Machine highlights the exploitation of non-human animals in our industrialized, global corporate system, and I am focused on the details – researching the horrors of it’s’ operations. It is this time of year that I am also hearing conversations amongst friends and colleagues about their upcoming preparations for turkey feasts, and their exchange of recipes, along with discussions of how grateful they are to have time to share with family and loved ones, and how thankful they are in their lives. In fact, this holiday has come to represent the values of gratitude, reflection, sharing, peace and celebration of the harvest. If this is truly a time to reflect on such core values, how can there remain such a disconnection to the experiences of animals used for food?

“Thanksgiving is to be thankful for what you have and it’s a day that’s set as a reminder for us to be grateful…happiness really comes down to what rules you set for yourself in order to be happy.”

In 2006, the average U.S. citizen consumed about 16.9 pounds of turkey per year, an increase of 108 percent since 1970. In the US alone, over a quarter billion turkeys are hatched annually. In Canada, 7.6 million birds were processed in 2005, and the demand is on the rise. Factory farming operations have continually responded to consumer and industry demand by producing turkeys with “greater breast width, faster weight gain, and greater feed efficiency to produce an optimal amount of meat for the amount of feed.” As a result, some male turkeys or “toms” can reach up to 50 pounds at just 5 months of age; with an average bird weighing in at 29 lbs. Normal weight prior to industrial farming for male “toms” was 13 pounds.

Commercially bred turkeys can no longer fly, walk or breed on their own. They are also prone to major health issues including arthritis, lameness, bacterial and viral infections, weakened immune systems and painful joint diseases.

How can one truly understand gratitude when the “rules we set down for ourselves” are contributing to the suffering of millions of turkeys raised for food production?

In Canada, thanksgiving celebrates the harvest time, whereby we acknowledge the abundance of food we receive as a result of the natural cycles attributed to the earth. Yet for factory farmed turkeys, there is nothing “natural” about their life cycles.

Shortly after hatching, and without anesthesia, turkeys have the ends of their beaks cut off, and the ends of their toes clipped off. They are confined to live within less than three square feet and they are most often light deprived, particularly breeding toms, who languish for roughly one year in dark crowded pens. Due to their abundant size, turkeys can no longer breed naturally and artificial insemination is common practice.

Toms and hens that are used for breeding are typically killed before their second birthday, and then used for lower-grade, processed turkey meat products.

How can one honor the idea of “natural cycles of life” when for turkeys, anything “natural” has been systematically stripped out of their life cycle?

Thanksgiving is often considered a time of reflection and of bringing balance and peace to ones life. Yet during these reflections, situated on the dinner plate, is a dead turkey, an end result of a brutal industrialized system. While the lives of turkeys are filled with abuse on every front, the death process for turkeys is much of the same, beginning with transport from factory farm to slaughterhouse. How is this peaceful for them?

Transportation issues are a major part of the cruelty involved with industrialized farming practices. Turkeys are transported to slaughter in open aired trucks, with many dying on route either from dehydration, freezing or injury. They can legally be kept up to 36 hours without food, water, or rest. During a typical three-month period in Canada, 11,439 turkeys arrived at slaughterhouses dead.

Upon arrival, fully conscious birds are hung by their feet from metal shackles on a moving rail. The birds are stunned in an electrified water bath in order to immobilize them and expedite assembly line killing. However, because stunning is not monitored, many birds remain conscious as their throats are slashed, usually by a mechanical blade. Inevitably, the blade misses some birds and they then proceed to the scalding tank where they are submerged in boiling hot water. Those missed by the killing blade are boiled alive.

There is a common phrase that suggests, “thanksgiving is not a good time to be a turkey”. From all of the research I have done, I would argue that anytime is “not a good time” to be a turkey, given the current corporate monopoly of our food system by factory farms. However, if more people truly take the time to reflect on the meaning behind holidays such as thanksgiving, then perhaps things can begin to change, slowly. If people really believe in the core value of connection, then perhaps one day non-human animals will be treated with the kindness and respect they, too, richly deserve. Please watch our new “Ghost Story” about Hildy, an 8-year old factory farmed turkey who was mysteriously dropped off at the doorstep of Farm Sanctuary in upstate New York. She now lives happily with a rafter of other rescued and talkative turkeys, cared for by people who are her friends.