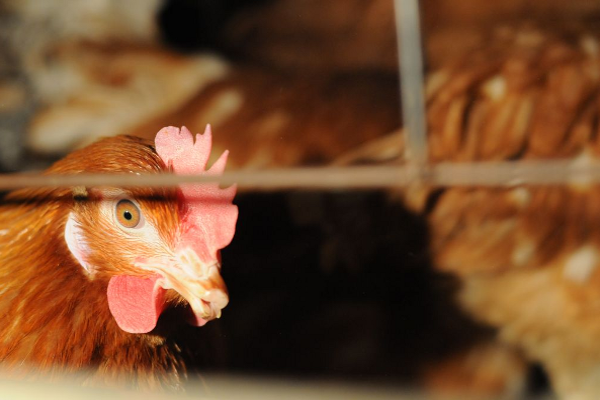 This month, a humane group announced a proposal to adjust the confinement standards for some chickens – specifically, egg-laying hens. United Egg Producers, the marketing association for the majority of U.S. egg sellers, agreed with the charity to back new cage sizes and ammonia levels, and mutually approved methods to force birds to ‘molt’ (a shedding and replacement of feathers, followed by heightened egg production for an extended period).  ‘Enriched colony cages’ would be designed to permit a semblance of perching and nesting motion, though the fruits of the ‘nesting’ will not belong to the birds.

By 2029, the new cage standard is to apply nationwide. New cages will nearly double the space allowed to each bird. (How much room do today’s hens occupy inside their cages? For each bird, the blueprint’s no larger than a sheet of office paper.) Labels will identify the type of confinement used to produce a given carton of eggs.

Lawmaking is typically marked by contortions and compromises. And legislation can be repealed. But let’s assume this proposal is enacted and, 18 years later, takes effect. Could we then call the collaboration a step forward?

First, let’s note that the human body has no nutritional need for the eggs of other animals. If you’re looking for a way to increase protein or fat intake, you need not expect help from a bird. Beans, avocados, or quinoa with chopped nuts can do the job.

And we damage our environment when we take the extra resources required to store and feed animals – chickens included. North Americans who opt out of eggs, dairy, and flesh products cut our yearly individual greenhouse gas emissions by about a ton and a half. Talk about direct action!

But those vital messages are absent in talk of a ‘step forward’ or a ‘victory’ when a new model of birdcage is proposed. Can we be honest? Putting birds in colony cages, taking their eggs away, and killing them at the end of their run does not make them happy. It doesn’t even make them more fortunate than they used to be. Birds in cages 18 years from now won’t thank us because we could have made those cages smaller.

Birds kept in colony cages show a heightened vulnerability to bumblefoot, an infection of the skin and tissues of the foot. They never see or feel the light and warmth of the sun. The bleak conditions of egg farms lead some birds into what industry calls ‘hen hysteria’ and desperate attempts to compete over what little space and material they have. (And in a modified cage, the nesting area – even if it’s just a plastic strip  – ups the ante.)  Whether the birds are going to battery farms, modified cages, or sheds, the suppliers first sever the beaks of newly hatched chicks, to keep birds from pecking each other. And hundreds of millions of male chicks will be killed annually at the hatcheries, for male birds are useless in egg production. Cannibalism occurs in confinement – whether in barren battery cages or the new furnished cages. And ultimately the birds who survive their 70 weeks of captive existence will be slaughtered as – to use the industrial terminology – spent hens.

Which Comes First: Animal Advocacy or the Egg?

It’s become urgently clear that our sense of entitlement over the planet is resulting in climate disruption, an alarming rate of extinctions, and dead zones in the oceans. The time is ripe for change.  Although some advocates say United Egg Producers would be stepping forward by following the model of European egg companies as they discard cramped battery cages, in truth continental Europe’s egg market is a high-volume affair. Producers use a multi-tiered system to fill buildings with cages upon cages of birds under EU regulations allowing up to three tiers.

And as long as people are buying eggs and other animal products, they aren’t learning to eat without supporting animal agribusiness. Instead, commercial enterprises keep co-opting animal advocates for their own commercial gain. Six years ago, when Whole Foods Market introduced its Animal Compassion Foundation, Paul Tharp wrote in the New York Post, ‘Analysts said the plan to sell more humanely harvested steaks and chicken breasts will help the bottom line of the chain.’  Whole Foods Market shares rose 2.7 percent as the chain’s new compassion czar, Anne Malleau, said, ‘The creation of the Animal Compassion Foundation offers a brighter future for farm animals.’ Similar exclamations came from representatives of animal-protection groups enlisted to support the chain’s new standards.

Have You Ever Thought About It?

It’s not wrong to hope to improve the bleakest situations for animals in commerce. But who will monitor the warehouses? In the United Egg Producers’ bargain, the non-profit player has agreed not to conduct exposés at farms belonging to the trade association, and a federal standard will preclude stricter measures or cruelty investigations at the state level. When it comes down to it, businesses will only make improvements of real significance on the day people just say no to eggs.

The biggest tragedy in today’s advocacy movement is the willingness of sharp, capable activists to settle, in effect, for careers as husbandry advisors to industries that buy, sell, breed and kill animals. In the case of the egg-laying birds, the proposed legal arrangement accepts and involves breeding, killing, and keeping birds in cages through the year 2029 – and well beyond. No animal advocate need agree to this.

Have you ever thought about relinquishing your grip on other animals’ lives? Accustomed to our advantages, human beings, activists included, rarely pose a straightforward challenge to human domination and control. But when we do, animal rights becomes a reality.

Can it happen culture-wide? Consider this: Five hundred years ago, Europeans thought Earth was central in the cosmos; everything revolved around us. New knowledge came as a shock; then a culture’s perspective shifted. What had seemed obvious and eternal was something else entirely: an error of the past.

Similarly, the animal-rights position challenges an old view that we’re central and everyone, everything, revolves around us. It questions the notion that Homo sapiens alone merit serious moral consideration, and can enslave all others or uproot and pave over their habitats, their homes.

Another humanity is possible. Many advocates believe in pursuing it in incremental steps. And that might well be the way forward, but the first step is from the egg and dairy aisle to the vegan cookbook.