10 Must-Attend Veg Fests in the US 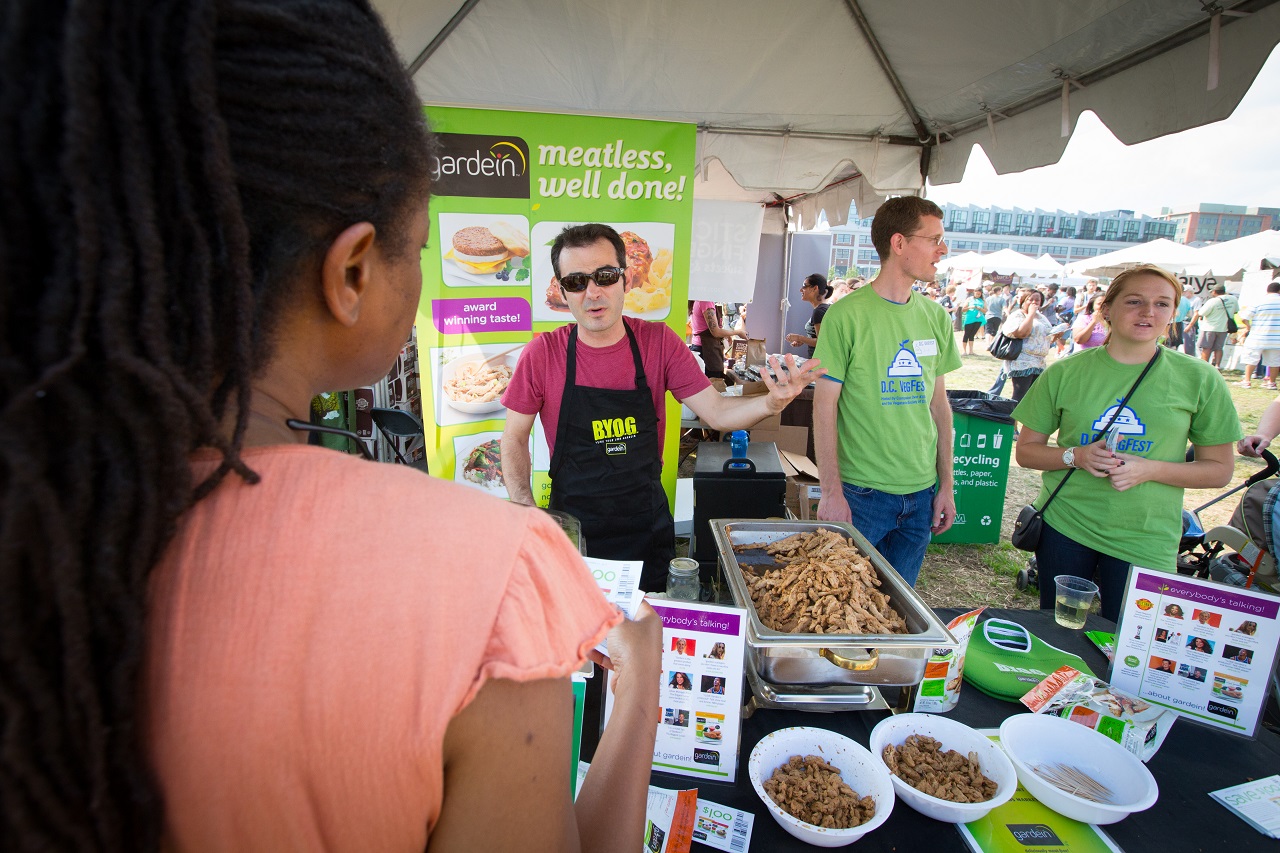 With the likes of Jennifer Lopez, Samuel L. Jackson, Jay Z, Beyonce, and Bill Clinton touting the benefits of vegan diets in the mass media, meatless eating is making its way into popular culture in a big way. There’s no question that the number of folks on a plant-based diet (or at least veg-curious) is rapidly growing.  And with rising numbers of vegan eaters, more cruelty-free options are hitting the market, from grocery store items to restaurants to food festivals.

Food festivals, for instance, used to be the domain of meat eaters and cheese fiends, headlined by chefs famous for their foie gras creations and maple smoked bacon. But lucky for the meatless among us (and the animals of course), there are a whole host of cruelty-free celebrations popping up these days, from New York to San Francisco to Miami. Here are 10 must-attend meatless events across the U.S.:

Inspired by the world’s top gourmet gatherings (and the plant-based passion of founders Alison Burgos and Michelle Gaber), this event will be the first major veg-centric fete in South Florida, and it’s all about inclusivity for vegans and non-vegans alike. The five-day herbivorous festival will be an ode to plant-based foods, wines, craft beer, spirits, lifestyle products — and good health, of course. The Miami-inspired lineup will feature swank dinners, a film screening, garden parties, a Southern brunch, an all-day outdoor eating event and chefs, celebs, and vegan groundbreakers galore. The first annual incarnation of this plant-based soiree is scheduled for October 15 – 19, 2014 throughout Miami.

This award-winning annual event, heralding World Vegetarian Day on October 1st, is going into its 15th year of veg-friendly food and fun in California’s progressive bayfront city. Past celebrations have featured lectures by notable folks in the meatless movement, vegan cooking demos, international cuisine, vegan-friendly products and vendors, a kid’s corner, an eco-fashion show, and live entertainment too. This year’s festival is scheduled for October 11 – 12, 2014 in Golden Gate Park.

This two-day health and environmentally-focused fair is all about supporting a vegan lifestyle and educating attendees on cruelty-free living. Speakers take the stage to talk to thousands of attendees about health, diet, compassion, and environmental issues, and chefs demo delicious plant-based dishes. Plus, there are tasty samples, kid’s stuff, all kinds of exhibitors, and many more meatless diversions. This year’s festival is scheduled for July 5 – 6, 2014, at Jeffco Fairgrounds.

The only event of its kind in the Tampa Bay area, this festival features meatless cuisine, education, music, and more, all designed to appeal to everyone — not just those pledged to a veg lifestyle. From vegetarian and vegan eats by local restaurants to live music to eco-friendly exhibitors to cooking demos, this festival is all about cruelty-free fun. Presented by Florida Voices for Animals, they also allow leashed companion animals and have adoptions on site. This year’s fest is scheduled for November 8, 2014, at Cotanchobee Fort Brooke Park.

In a city known worldwide for its amazing cuisine, attendees can expect nothing but the best at this annual ode to all things vegan. They’re open to everyone, from lifelong carnivores to veg-curious seniors to students to foodies and beyond. This family-friendly festival features food samples, local products, cooking demos, guest speakers, short film screenings, kid’s activities and, of course, tons of suggestions on how to eat more veggies. A project of the Humane Society of Louisiana, all proceeds go to benefit their good works. This year’s fest took place at the New Orleans Healing Center earlier this May. Dates have yet to be announced for 2015.

In what’s arguably the culinary capital of the United States, this fest has high expectations to live up to. But live up, they do. Launched in 2011, this is a cornucopia of culinary delights. From seitan skewers to meatless hot dogs to vegan donuts, vegetarian restaurants, and purveyors serve up all kinds of edibles. Attendees can learn everything they need to know about cruelty-free living, check out information booths, listen to live entertainment and engage in all kinds of fun activities. This year’s fest took place at Metropolitan Pavilion in March. Dates have yet to be announced for 2015.

The Windy City knows how to party, and this mania of meatlessness is one heck of a soiree, from their massive veg food court to chef demos and groove-worthy live tunes. Last year, attendees got to listen to vegan musicians and eat treats at The Culture Café, learn about gluten free goodness and raw food at the chef demos, hear from vegan activists and organizations on the presentation stage and lots, lots more. This year’s event is scheduled for October 11, 2014, at the Broadway Armory.

It’s no secret that Austin’s a veg-friendly city, and this annual event (going into its fifth year in 2015) celebrates all things herbivorous. From local and national sponsors and vendors to educational lectures, cooking demos to notable speakers, mouthwatering eats to craft beer, they’ve got a Texas-sized lineup. And as the unofficial live music capital of the world, of course they’ve got tunes. This year’s event was held at Fiesta Gardens in April. Dates have yet to be announced for 2015.

This Southern California soiree is all about showcasing vegan brews and making sure its guests have a good time. This year’s incarnation of the annual event featured over 40 breweries, plus dozens of veg-friendly eating establishments from food trucks to dessert vendors to meatless restaurants. And it wouldn’t be Los Angeles without live entertainment, so several bands take the stage to entertain attendees. This year’s event took place on Sunset Blvd. earlier this May. Dates have yet to be announced for 2015.

The mayor of this small Texas town turned his health around by going vegan, then decided to spread the word. His efforts have made headlines nationwide, and he’s inspired folks across the state (and nationwide) to embrace meatless eating — plus launched an annual festival. The weekend-long event is designed to showcase the myriad health benefits of a plant-based lifestyle. The event features top speakers, champion athletes, chefs, best-selling authors, vegan wine tastings, healthy food tastings and lots of other stuff throughout the weekend. Stay tuned though — they’re re-naming the fest for the new year. Next year’s event is scheduled for March 27 – 29, 2015.

Green Monsters: Don’t see your favorite festival listed here? Tell us which one you love with a comment below!