How to Make a Simple, Fuel-Efficient Rocket Stove for Cooking on the Patio

I first became interested in building my own ovens and stoves while volunteering on farms in Central America. The growing trend around those parts was having massive cob — a mixture of clay, sand, and straw — pizza ovens. They were supercool and could be easily made, even by complete novices to eco-construction. By the time I’d reached Panama, I was ready to build one myself. So I did. (Note: I mustn’t leave out my wife Emma and several volunteers who helped on this project as well. Equal credit to them.)

All that said, there were a couple of things that bothered me about the ovens: The amount wood of needed and the smoke. How was someone ever supposed to sustainably source so much wood every time they wanted to throw a pizza party? The other big downfall was that while in the process of getting the fire hot enough (an hour or two of coaxing), they were extremely smoky affairs, billowing black carbon into the atmosphere like an old-time locomotive. It didn’t seem appropriately eco.

So, when Emma and I embarked on constructing another cob oven in a new location, we decided to address these problems, and what we discovered were rocket stoves. Rocket stoves specialize in burning less fuel, utilizing small circumference wood like the sticks and branches trees naturally shed, and they make very little smoke because the design creates a fire so hot that it burns up the wood completely. (Smokiness is the sign of inefficient fuel use.) 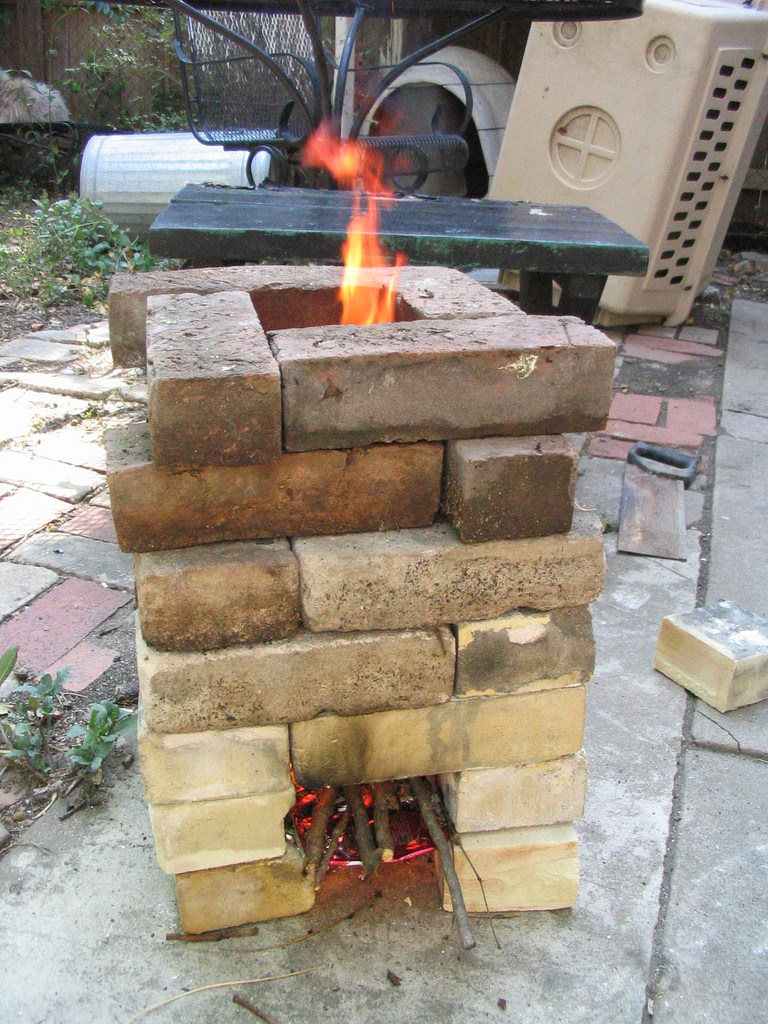 It seems so distant from the typical US kitchen, but half the world cooks with fires from solid materials like wood, coal, and dried dung. While cleaner systems like gas and electric have their own resource-depleting issues, the massive amount of burning materials from rudimentary cooking systems creates equally massive amounts of smoke — carbon released into the atmosphere. That same smoke, often first emitted into a tight space, has wreaked havoc on people’s health. Cooking is a host of complicated issues.

Consequently, a gaggle of philanthropic scientists set up about finding a solution to the problems: the rampant use of resources, the production of smoke, and the inefficient means of cooking. Essentially, they set about redesigning the stove, specifically addressing the needs of the people using solid materials to cook. It had to be simple to use, cost-efficient, fuel-efficient, clean, and DIY-friendly. Then there was the rocket stove. 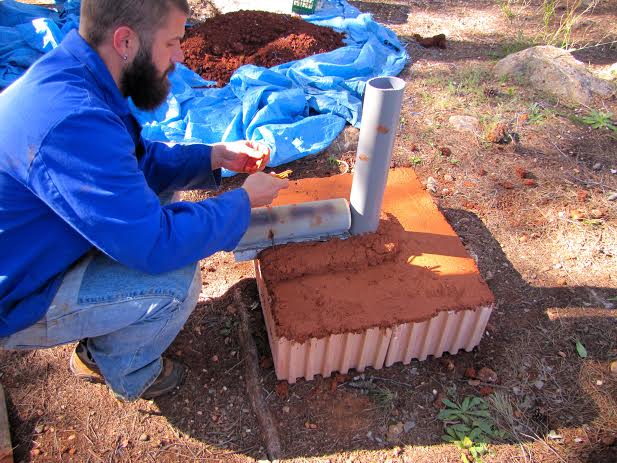 The crux of the rocket system is that it harnesses as much of the fire’s heat as possible. In normal open fire cooking, heat is constantly escaping. The logic is easy to explain: We sit next to the fireplace to get warm, but we cook atop the fire, where it’s hottest. The rocket stove catches and directs all that heat warming us up and puts it into the cooking. In doing this, and controlling the oxygen input, the rocket fire burns hotter and cleaner.

The way this is done is by constructing small L-shaped set of channels. The horizontal leg is where the wood goes, and the fire burns inside the chamber where the vertical leg joins the horizontal one. By encasing the fire this way, the heat isn’t afforded sides about which to escape. It all goes into the vertical leg, creating a more intense burn, so hot, in fact, that it fierily consumes all the gases that would have been smoke in a typical cooking fire. Thus, it takes only a small bundle of sticks to boil a pot of water, something that is unimaginable when cooking on an open fire.

How to Make Your Own Rocket Stove 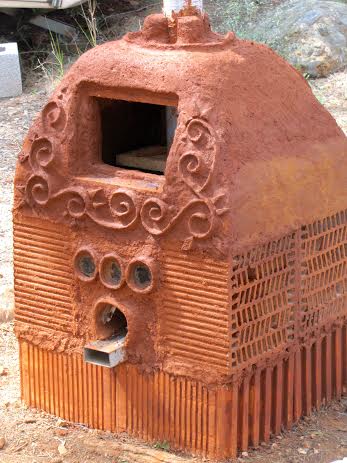 Though simple in its design, the construction of a rocket stove can be a very complex thing with ratios, insulating systems, and maximum output test. However, for the purposes of having a fun little outdoor cooker, it doesn’t have to be this way. It can, in fact, be as simple as creating the basic L-shape. In fact, they can be built from upcycled cans or old cinderblocks for cheap to nothing.

For the sake of something that can be put together and/or disassembled quickly, and requires no particular building prowess, I’ll explain the four-cinderblock method here.

Do realize that this is not the most efficient model, which would ideally have insulation around the combustion chamber and completely sealed channels. However, this is a great way to experiment with the system to figure out if it’s something you might want on the porch or in the garden. Once that’s the case, there are hundreds of more permanent designs that are free online, as well as whole DIY books devoted to the subject. You can even buy pre-fab models online.