Food for Forage: Plantain, the Weed Not the Banana 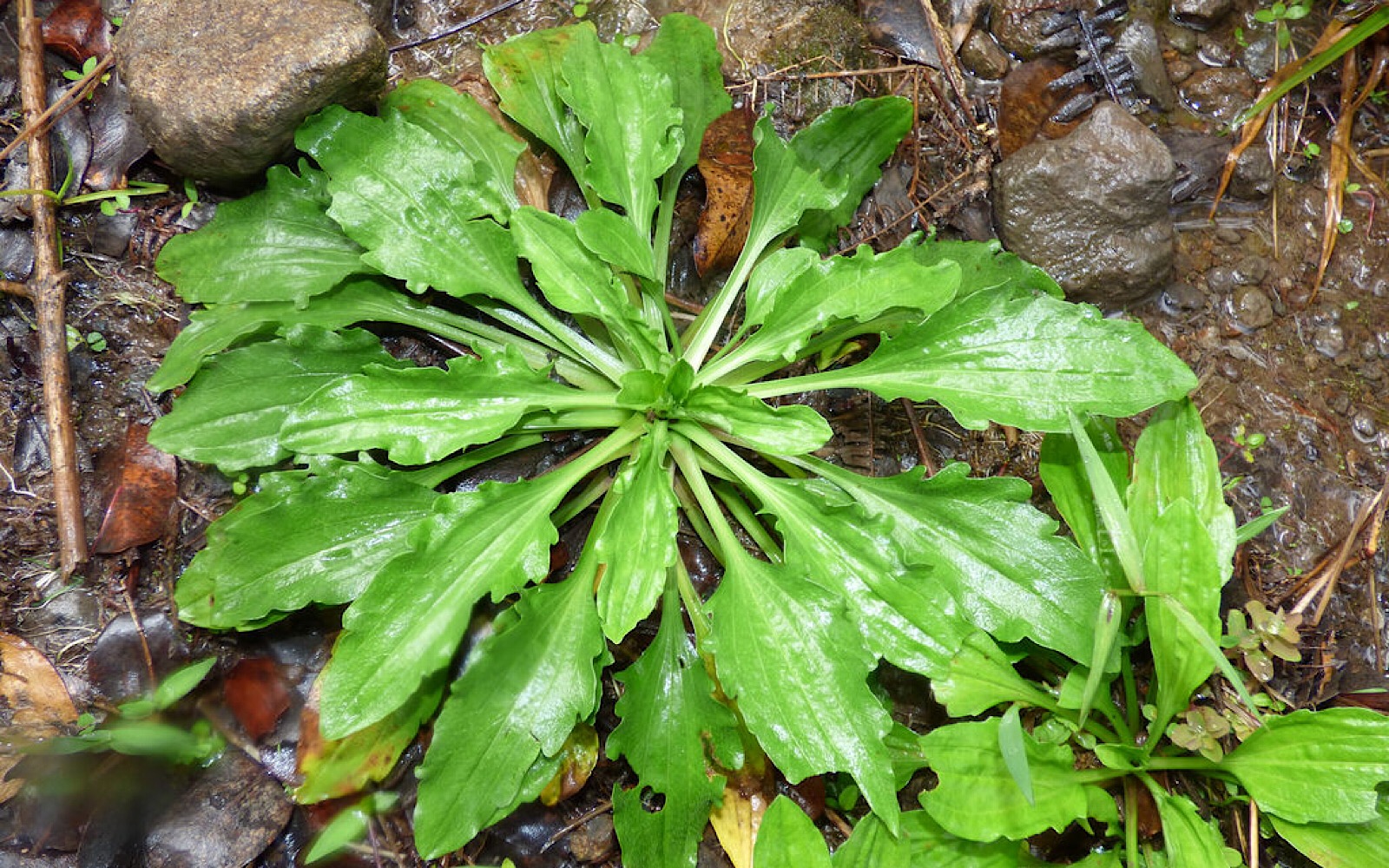 Many of us know a plantain as the starchier, stiffer version of a banana, something seen commonly in Latin American cuisine. But, there is another version of plantain, one that is much more common to the northern, temperate environs of the U.S. The two have no relation beyond their name, and the plantain of the cooler environs is more often considered a pesky weed than a viable food source.

However, that misperception is a huge mistake. Plantain, the weed, known officially as Plantago major, is actually a nutritious and plentiful source of food; another dark, leafy green to add to the mix. In fact, we’d be doing our gardens a favor by harvesting the plantain for dinner — it’s an invasive grower, likely to come back, but in the meantime, we could be feeding ourselves with something that takes no effort to cultivate.

In other words, it’s probably not a bad idea to get a little more familiar with this plant, an easily identifiable source of free food likely growing at a roadside or lawn near you.

Plantain as a Weed 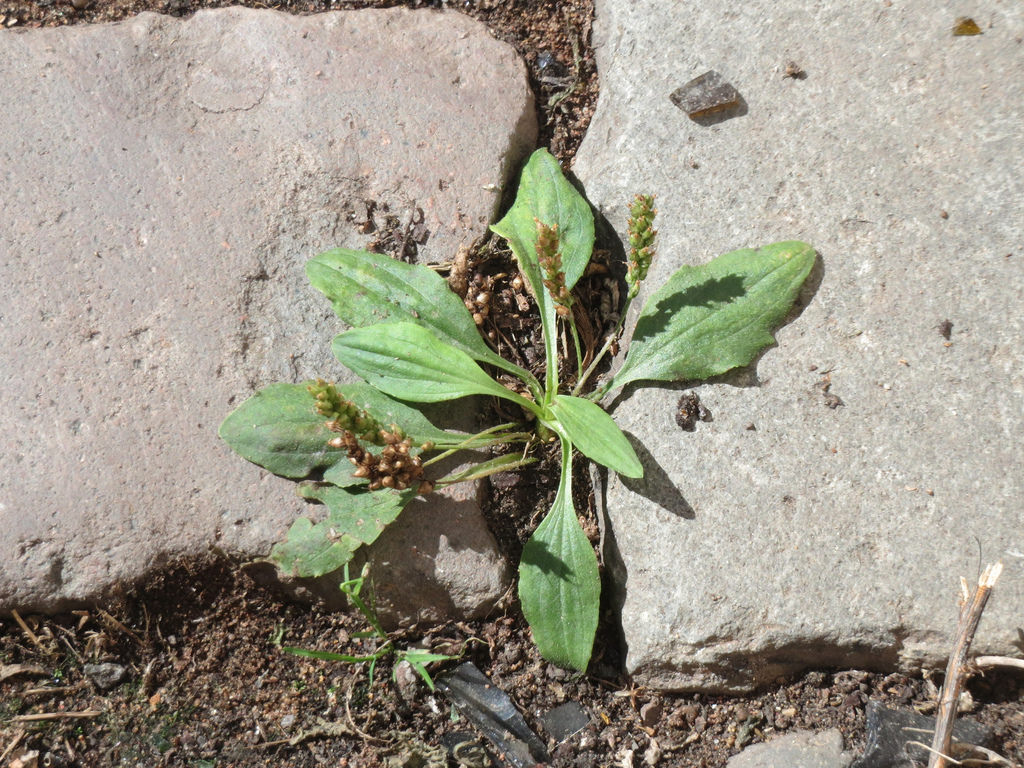 Plantain is not native to the United States. It comes from Europe. But, it has naturalized here, meaning it is all over the joint, treating the Americas like home. There are two main varieties we find — common plantain (the aforementioned Plantago major) and English plantain (Plantago lanceolata) — but there are over 200 species in the Plantago genus. Common and English plantain are also known as broadleaf and narrow leaf, respectively.

Plantains grow as rosettes, meaning a cluster of leaves in a circle pattern around a shared center (like a rose.)The rosettes are close to the ground, and the leaves tend to be narrower near the stem, widening out towards the middle, and moving back to a tip. There are a few well-defined veins that originate from the stalk and end together at the tip of the leaf. Plantain grows just about anywhere but is particularly partial to disturbed soils, such as pathways, roadsides, and lawns.

Plantain as a Food 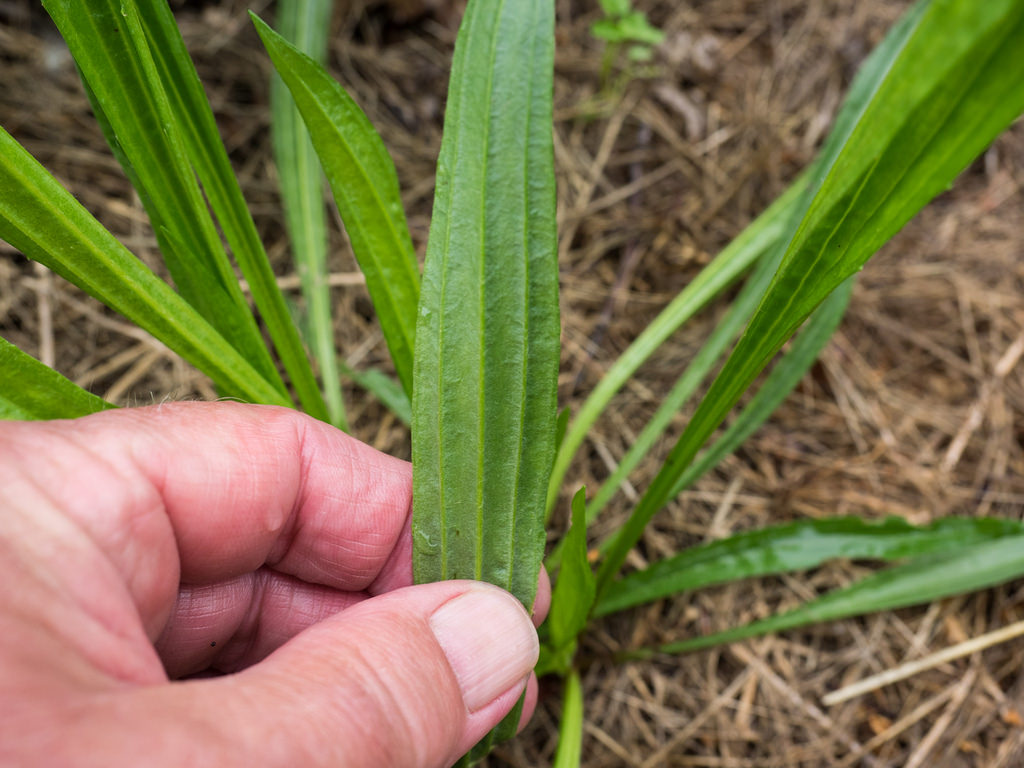 As a food, plantain is a good source of nutrition. It is a relative of spinach and shows some similar qualities. It is especially noted as a good source of protein, Vitamin C, Vitamin K, and Vitamin E. Plantain also has important minerals like calcium, iron, and potassium in significant quantities.

While it can be eaten raw, plantain doesn’t have the best reputation for being tasty this way. Most connoisseurs prefer to cook the leaves until tender, as might be done to mature spinach. The seedpods are also edible, and they can be prepared as if they are asparagus. Smoothies or “pesto” are two other viable options for using plantain.

However, it should be noted that plantain has lots of medicinal qualities, which we’ll get to next, that make it prohibitive for some people to eat. Those on blood thinners and/or prone to clots should exercise caution, as it can help to coagulate blood.

Plantain as a Medicine 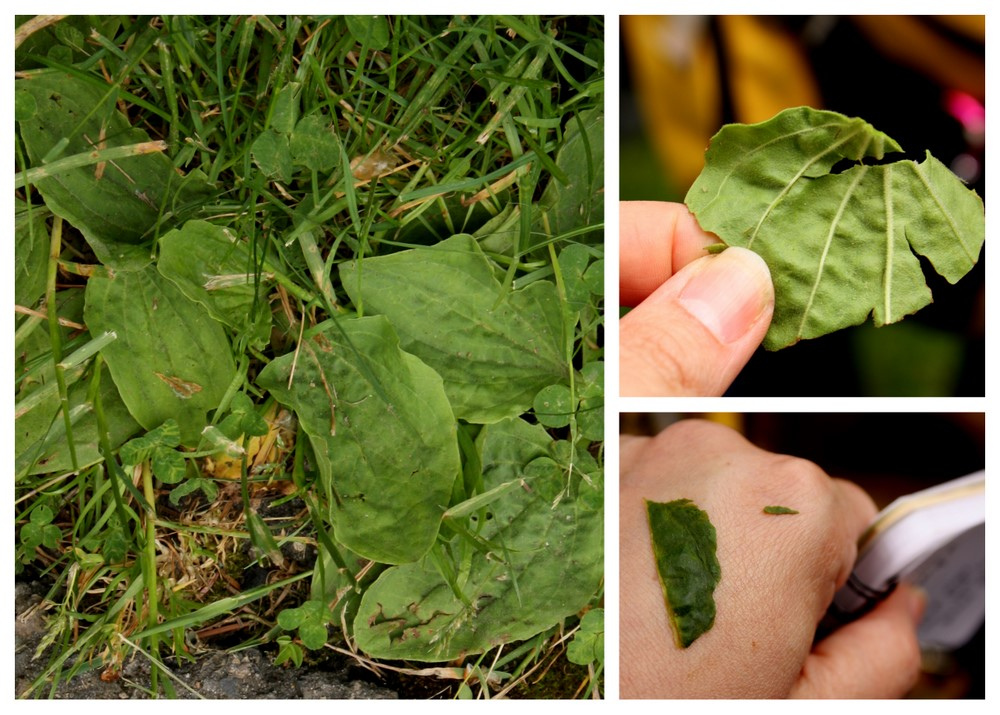 Plantain has been used medicinally for centuries, and in that sense, there have been a myriad of uses for it. When the leaves are chewed into a poultice, the resulting spit solution has been used to treat bug bites, bee stings, cuts, rashes, and even snake bites. It has anti-inflammatory and antibacterial elements that make it well suited for a topical treatment. It has even been called “soldier’s herb” in reference to its use on the battlefield for treating wounds, both preventing infection and stopping bleeding.

Internally, often as teas made from the leaves and seeds, it has traditionally been used to treat several problems. It was a home remedy for kidney and gallstones, as well as urinary tract infections. It’s been used to treat the flu and different throat ailments. Plantain is even said to help with jaundice and liver disorders.

Of course, it’s best to get advice from a professional before using or relying on plantain as a treatment. Nevertheless, it’s good to know our natural options.

Plantain as a Resource

As a resource, plantain is the kind we are looking for. It’ll grow just about anywhere without any care. It comes in abundance and will come back after harvesting, and it provides us with nutritious food and potentially potent medicine. Calling a plant like that a weed, or mistaking it for a banana, seems to indicate a real misunderstanding of what exactly plantain is. Considering all the benefits, why wouldn’t we let them grow in our yard?