DIY: How to Make Your Own Beard Oil 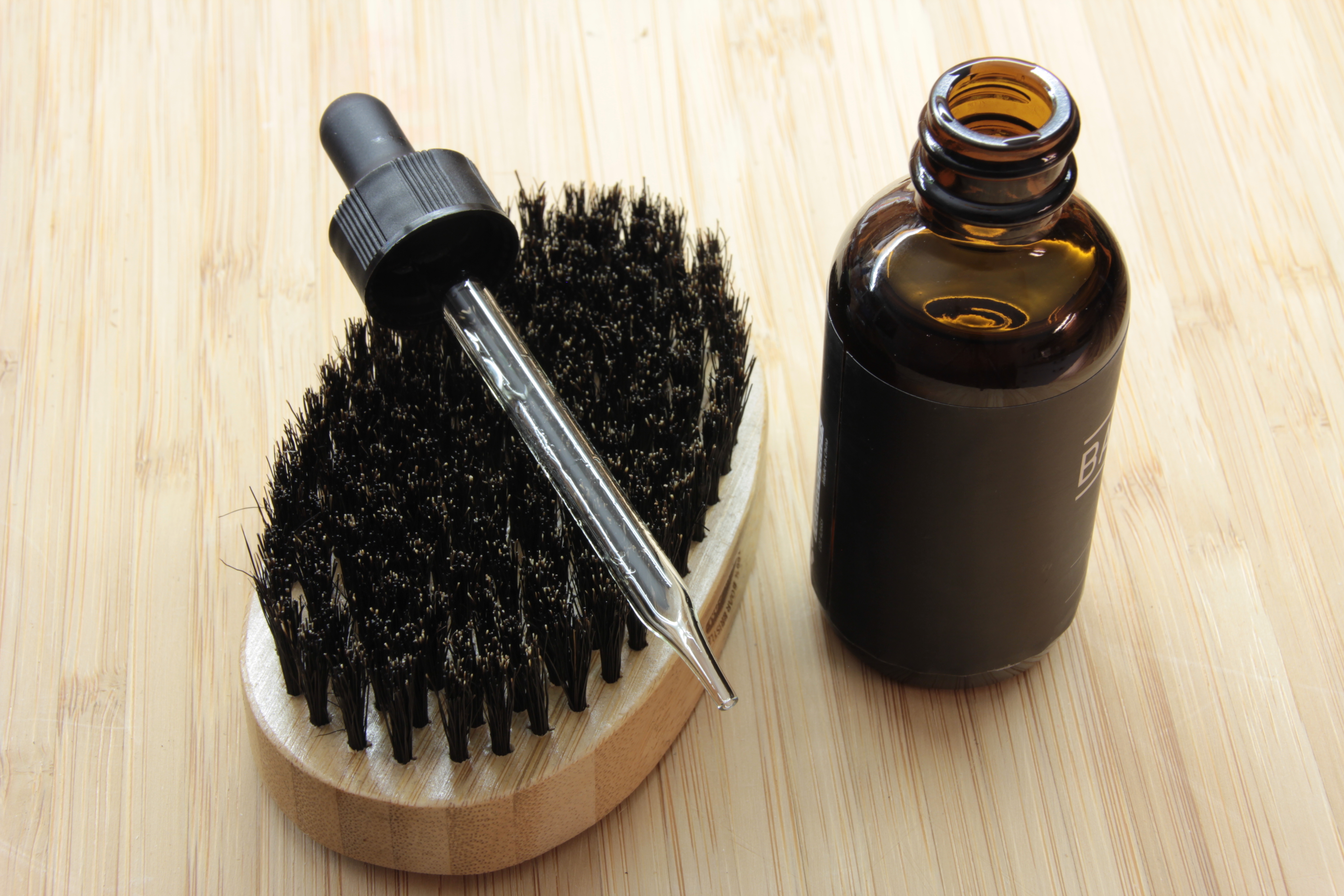 In the morning, many of us look for help with getting going. We stumble to the kitchen still groggy from sleep and figure out the coffee situation. Don’t even talk to us until that’s done. We angle for something nutritious to get our systems up and running. A trip to the bathroom—can’t get around that—might turn into a splash of water on the face, maybe even a shower. We do whatever it takes to move into the day with a smile.

Well, for those of us with beards, a nice squirt of two of beard oil smoothed through those charming facial locks might be the right trick. That oil can be infused with scents like mint or citrus that inspire our eyelids to raise. It could be infused with stress-relievers, such as lavender or cedarwood, to ease the thought of another day on the job. What will become evident almost instantly is that, damn, it’s pretty nice to use a little beard oil in the morning. It just makes a difference.

While it’s true that many of us have survived weeks, months, years, possibly even decades without using beard oil, that isn’t to say that it’s pointless. We wouldn’t say a healthy diet has no purpose because we can live without one or that exercise is a bad idea because we’ve survived years without it. Some things make sense regardless of how long we’ve done them.

Beard oil, while not as beneficial as exercise or a healthy diet, does come with advantages. It helps to combat the itchiness that often occurs after a month or more of growth. The itch happens because, as a beard gets longer, it takes more oil to keep hair follicles moisturized. Following beard itch, the result of drying out, the dreaded beardruff starts to snow down. It’s simple: Scratch dry skin and it’ll flake off, no matter where it is. Beard oil prevents that!

In addition to keeping facial skin healthier, beard oil simply makes beards softer and more pleasant to smell. That can provide an extra dose of confidence and the aforementioned scentual benefits. 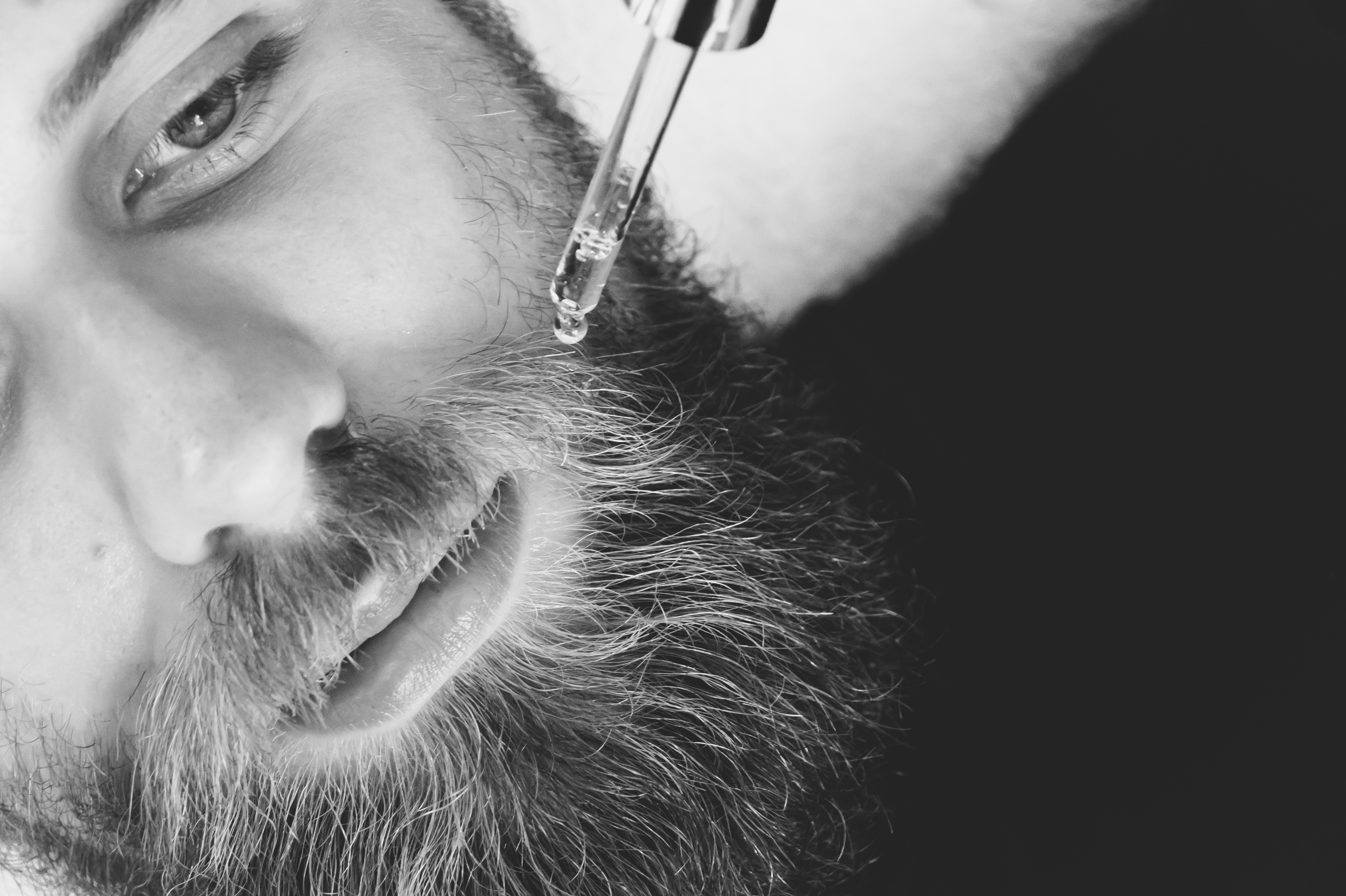 What is beard oil?

In reality, beard oil is pretty simple stuff. It’s a combination of a carrier oil and essential oil(s). The carrier oil is the bulk of what’s there, and it’s the main contributor to the physical health benefits of using beard oil. The carrier oil should be made of something that will revitalize and reinvigorate the skin beneath our beards, as well as the facial hair itself. Typically, this will be some kind of high-quality, plant-based oil like sweet almond, jojoba or grapeseed, all of which can be found in most supermarkets.

Though not necessarily good for the skin, essential oil(s) can make a huge difference as well. Some oils, like tea tree or sandalwood, do have benefits for the skin: They are anti-septic, which can help with acne. The aroma of other oils can have therapeutic effects or, as mentioned before, can aid us in waking up. While not essential to beard oil (using just a carrier would get the job done), essential oils undoubtedly bring something to the mix.

How to Make Beard Oil

Beard oil has become a thing. There are lots of brands, both good and bad, out there to sample for those not interested in making their own. However, DIY beard oil is ridiculously easy to pull off, and it can be customized to personal tastes and needs. Plus, it’s a whole lot cheaper. Here’s what to do.

How to Use Beard Oil

Beard oil is best applied after the face/beard has been cleaned. Just put a few drops in your hand (often it is put in a bottle with dropper lid) and quickly work it over the palms and fingers. Then, rub the skin beneath the beard and run the oil-laced hands run through the beard hair. Consider the job done. It can be applied once every couple of days or every day if you really like it. And, you will.