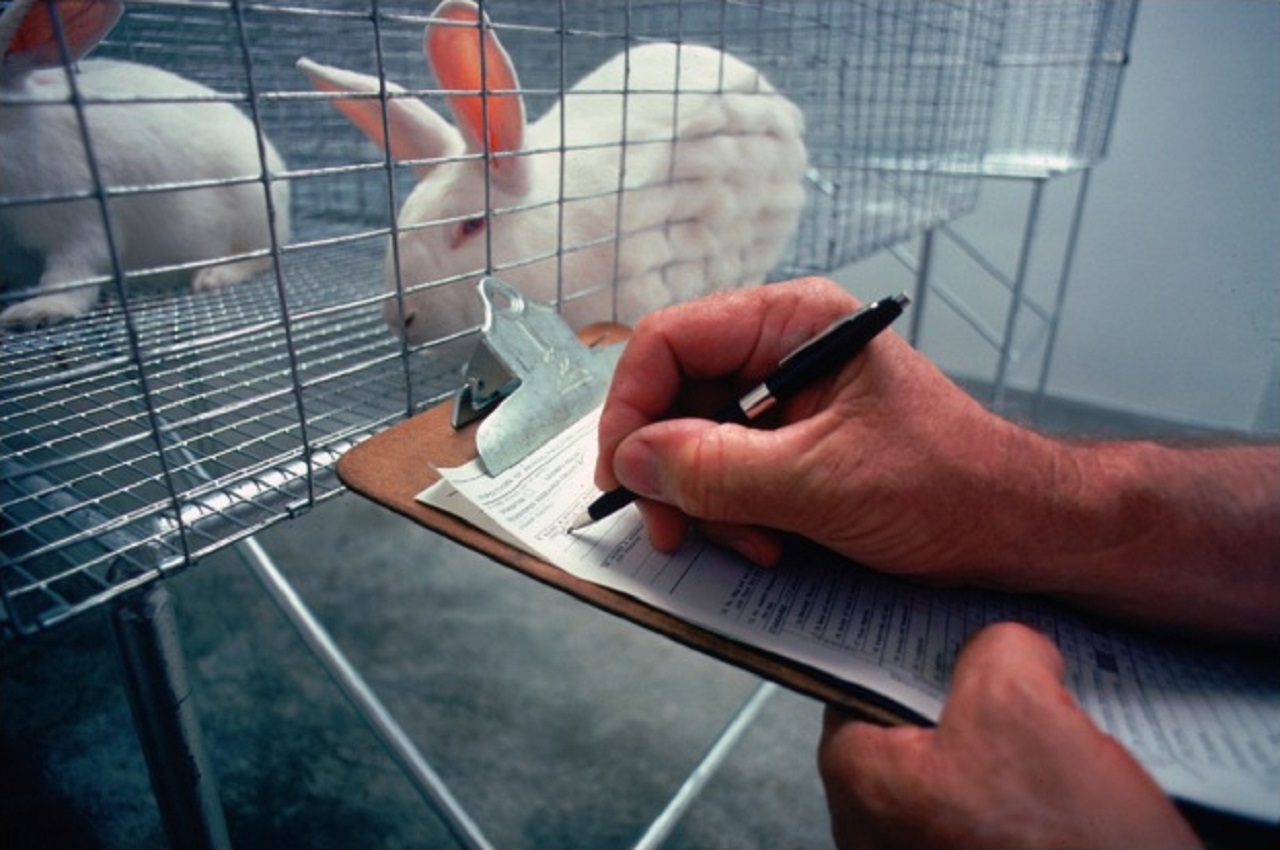 Taking a stand against cruel practices involving animals means answering tough questions with tough answers. The way we go about explaining a practice we protest is important; the better we articulate the intricacies behind that issue, the more likely we are to garner support in putting a stop to it. We don’t necessarily have to shove bloody images in people’s faces and we don’t have to ruin anyone’s day, though; instead, we can explain what’s going on behind closed doors by taking a practical approach and citing a few facts. For a crash course, check out common questions you may get about cruelty-free living and some appropriate responses below.

1. How Do You Assure That Every Purchase you Make is Cruelty-Free? Is There a Certification?

Cosmetically speaking, what you’re looking for is the Coalition for Consumer Information on Cosmetics’ “leaping bunny” symbol. This is the only organization that requires a company to go through absolutely no animal testing in any phase of product development by the company, its labs, or its suppliers. Also, as a general rule, China is out: the country mandates that animal testing be done on any imported cosmetic. We have a great guide for cruelty-free beauty here.

2. How Can You Possibly Believe in Scientific Progress Without the ‘Necessary’ Sacrifice of a Few Mice Here and There?

Let’s take a step backwards and pretend that morality isn’t an issue whatsoever and understand that animal testing doesn’t work. It is an ineffective, expensive process that isn’t truly applicable to humans. There are processes involving the utilization of human cells and tissue as well as sophisticated computer models that are far superior, and yet we continue to demonstrate our general lack of willingness to create change that will move us forward by allowing outdated, defunct, and cruel processes to remain common practice. At the expense of more than a few mice here and there!

3. What Actually Happens to the Animals That are Tested Upon?

I don’t believe in shock value and I don’t believe in gore. But the fact that that last sentence was even necessary should tell you something awful about what we’re allowing by turning our heads. These labs are veritable torture chambers for animals — poisoning, burning, and infection are just a few of the after effects.

4. How Many Puppy Mills Are There Really?

It’s estimated that up to 10,000 puppy mills could exist in the U.S. alone. Missouri is considered the most offending of the states, while the general hot-spot for these mills is the Midwest.

5. What Do You Consider to Be Animal Cruelty?

“Animal cruelty” is defined differently by every authority on the matter, so it’s an arduous process going through each to decide which your thoughts most align with. When forming an answer to this question, the best practice is to tackle the concept rationally: anything you wouldn’t want done to yourself, you wouldn’t want to do to another living being. Case closed. No exceptions.

6. How Can You Defend the Animals That Have ‘Violent’ Natures?

I’m not sure when everyone forgot that animals are deeply instinctual. Though they can be domesticated, they can never truly be controlled and anyone who forgets that is putting themselves and others at risk. But as far as the “violent nature” of some creatures in comparison to others, the way an animal behaves has no bearing on how it should be treated. We’re still referencing a living, breathing being that deserves the same rights as its more pacified counterparts.

7. Which Animals Are the Biggest Victims of Cruelty?

It’s a common misconception that mice and rats are the only animals being tested upon, but any creature with a heartbeat that isn’t human has likely been subject to these practices. Rabbits and bunnies, primates, cats, and dogs are also frequent victims.

8. Is Having a Pet Even Humane? Where Do You Draw the Line?

Of course it is — if you treat that pet well. Possessing the title and status of being an animal’s guardian is a privilege, and one of the most important mentalities we can have regarding our pets is that, rather than owning, we are one half of a mutually beneficial relationship, and that protecting said animal should be our number one priority, above all.

What are some of the common questions you get about being “cruelty-free?” And what answers do you give? Let us know in the comments!