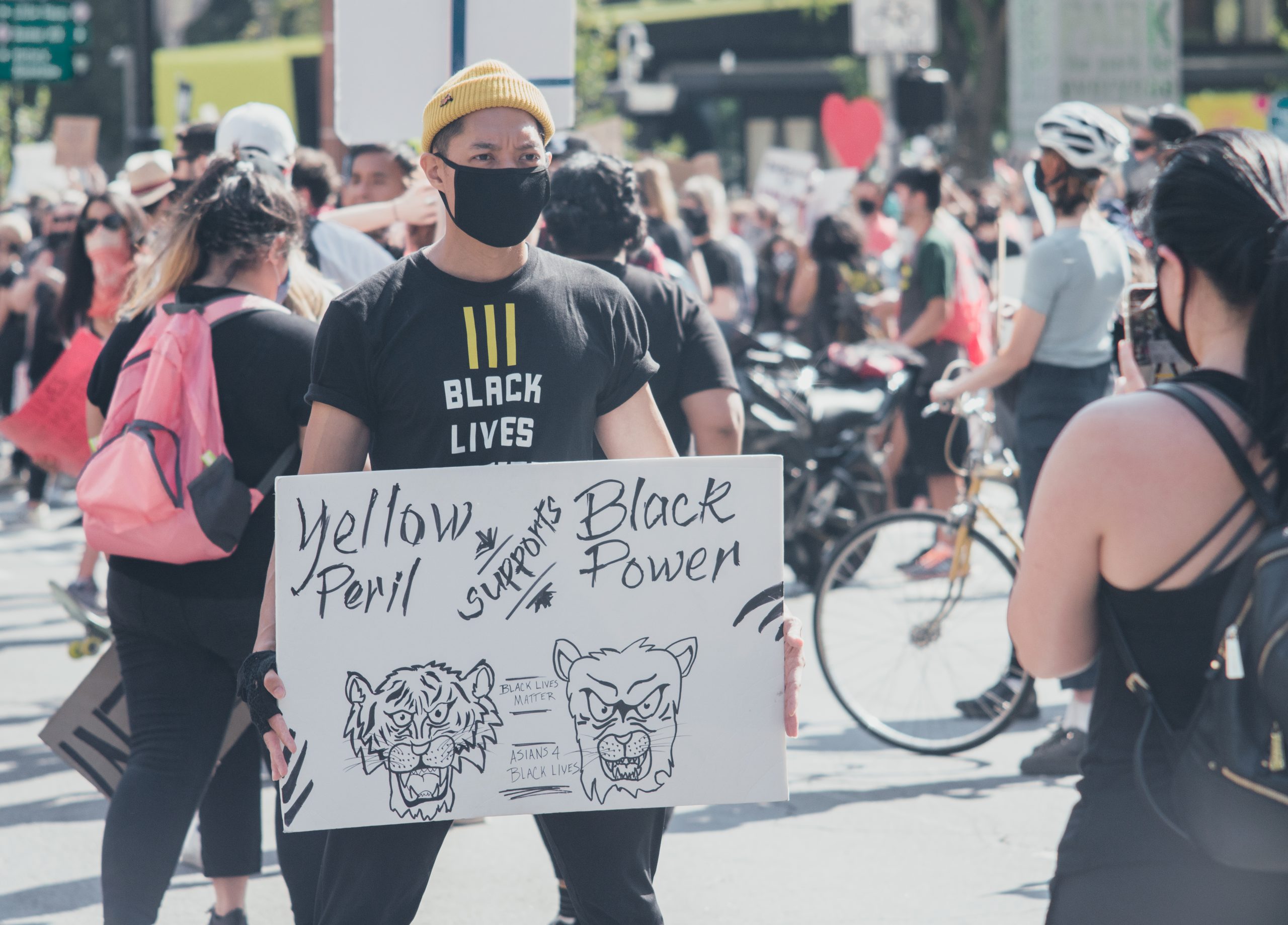 COVID case numbers are falling across the country, but recent hate crimes against Asian Americans suggest that anti-Asian bias, which spiked during the pandemic, isn’t on the wane.

On January 28, 84-year-old Vicha Ratanapakdee was fatally attacked in San Francisco. In early February, an Asian American grandmother was assaulted and robbed in San Jose, one of several hate crimes that took place there just before Lunar New Year. In New York, an assailant slashed a Filipino man in the face with a box cutter, and someone punched two elderly Asian women in separate incidents on the New York City subway.

Recently, on March 16, a 21-year-old white man named Robert Long went to multiple spas in Atlanta, Georgia, and opened fire. He killed eight women, six of which were of Asian descent. Police who investigated the mass shootings say that Long might have been seeking revenge on women due to his “sexual addiction” and “did not appear to be” motivated by race. However, many individuals are speaking out on social media about this supposed motivation and the recent hate crimes using the hashtag #StopAsianHate.

Atlanta Mayor Keisha Lance Bottoms told CNN, “The fact that many of the victims were Asian … and that he targeted these Asian massage parlors. It’s very difficult to ignore that the Asian community has been targeted and it’s happening across the country.”

Racist violence against Asian Americans increased dramatically in 2020. Stop AAPI Hate, a database tracking anti-Asian and Pacific Islander hate crimes and harassment, received 2,808 reports of discrimination between March 19 and December 31, 2020, Time magazine reports. In September, New York City Police Department data showed that hate crimes against Asian Americans in the city had shot up 1,900%—there were 20 reported incidents in the first half of 2020, but only one in all of 2019.

Throughout the pandemic, Asian Americans have faced violence and vitriol from Americans who buy the racist lie that the ravages of COVID-19 are somehow their fault. Many say President Donald Trump’s scapegoating of China for the virus and use of racist rhetoric, like calling COVID the “kung-flu,” are largely to blame.

“There’s a clear correlation between President Trump’s incendiary comments, his insistence on using the term ‘Chinese virus’ and the subsequent hate speech spread on social media and the hate violence directed towards us,” Russell Jeung told Time. Jeung is a co-founder of Stop AAPI Hate and a professor of Asian American Studies at San Francisco State University.

Before the pandemic, Trump stoked anti-Asian bias by playing to mostly white Americans’ fear that China might supersede the U.S. as a world power, suggests John A. Powell, a civil rights scholar at the University of California, Berkeley. By scapegoating China for the pandemic, Trump sought to both absolve himself for failing to contain the virus in the U.S. and advance his anti-China agenda.

Trump’s tactics are nothing new. In 1882, the government restricted immigration from China to the U.S. to appease workers on the West Coast who blamed Chinese immigrants for their declining fortunes. “The white Protestant promise that pioneers would find new beginnings in the west turned out to be an empty one, and the Chinese in America, then working on the railroads along the Pacific, became the ones to blame,” says John Kuo Wei Tchen and Dylan Yeats, authors of the book “Yellow Peril! An Archive of Anti-Asian Fear.”

There is also a long history of blaming Chinese immigrants for spreading disease. Berkley sociologist Winston Tseng says that between 1910 and 1940, immigration authorities at Angel Island detained over 225,000 Chinese and Japanese immigrants. Public health officials subjected them to invasive and needless medical examinations. This contributed to the stereotype that Asians carried incurable diseases in greater numbers than other immigrants.

In April of last year, Chen Fu, a physician at New York University’s Langone School of Medicine, produced a video for Time documenting his experiences as an Asian American doctor during the pandemic. “It’s really, really strange to me being both celebrated and villainized at the same time,” he says in the video. As a healthcare worker, the public championed him as a hero, but as an Asian American, he was the target of racial slurs.

“Celebrated and villainized” is an apt description of Asian American stereotyping. While some, like Trump, push negative stereotypes, others laud Asian Americans for their achievements, identifying them as a “model minority.” But the model minority myth is pernicious, and it is one reason the public often overlooks anti-Asian racism and discrimination.

The model minority myth perpetuates the stereotype that Asian Americans “have class privilege, that they have high socioeconomic status and education, and that any discrimination doesn’t really happen or feel legitimate,” says Bianca Mabute-Louie, a racial justice educator. In the 1960s, critics of the civil rights movement used the model minority myth to disavow the fact that Black people face systemic barriers to upward mobility. Asian Americans overcame inequality through hard work and determination, they argued, so African Americans should be able to do the same.

It’s a falsehood that harms Asian Americans by denying the discrimination and inequality they still experience. As Time notes, a 2018 study by the Pew Research Center found that Asian Americans have the largest income inequality gap of any ethnic or racial group in the country. A 2016 report from the New York City Mayor’s Office of Operations found that Asian immigrants have the highest rates of poverty in the city.

The model minority myth pits African Americans and Asian Americans against each other, explains writer and activist Helen Zia. “To say that this is the ‘good minority’ means you’re essentially saying there’s a bad minority, which keeps people divided.”

Solidarity Between Black and Asian Americans

In 2020, the killing of Black Americans like George Floyd and Breonna Taylor by law enforcement highlighted the problem of racist policing and mobilized activists to demand change. 2020 was also a year in which Asian Americans saw increases in hate crimes and anti-Asian bias. In response, activists are calling for solidarity between African Americans and Asian Americans in the fight against racism and discrimination.

“Non-Asian folx: the hope and the ask is for y’all to name the reality of anti-Asian violence, to denounce anti-Asian sentiments in your communities, and to recognize we aren’t a model minority monolith,” Mabute-Louie wrote in a recent Instagram post. “The power of Asian Americans standing up for Black Lives Matter is that it sends a clear message,” Anthony C. Ocampo, a sociology professor at Cal Poly Pomona, told Time. “The same racist logic schemes that are keeping our communities down might look different in Black communities than they look in Asian American communities, but it’s still the same system.”

If you want to fight anti-Asian racism and support Asian, South Asian and Pacific Islander communities, The Cut has put together a list of places you can donate. Also, activist Michelle Kim has identified actions you can take to stem the tide of anti-Asian racism. “Acknowledge, amplify, and denounce the ongoing anti-Asian hate crimes,” she writes in a recent Medium post. “Interrupt anti-Asian racism and anti-Black racism.” Check out her full post for her views on trans-racial solidarity and more ways to help.