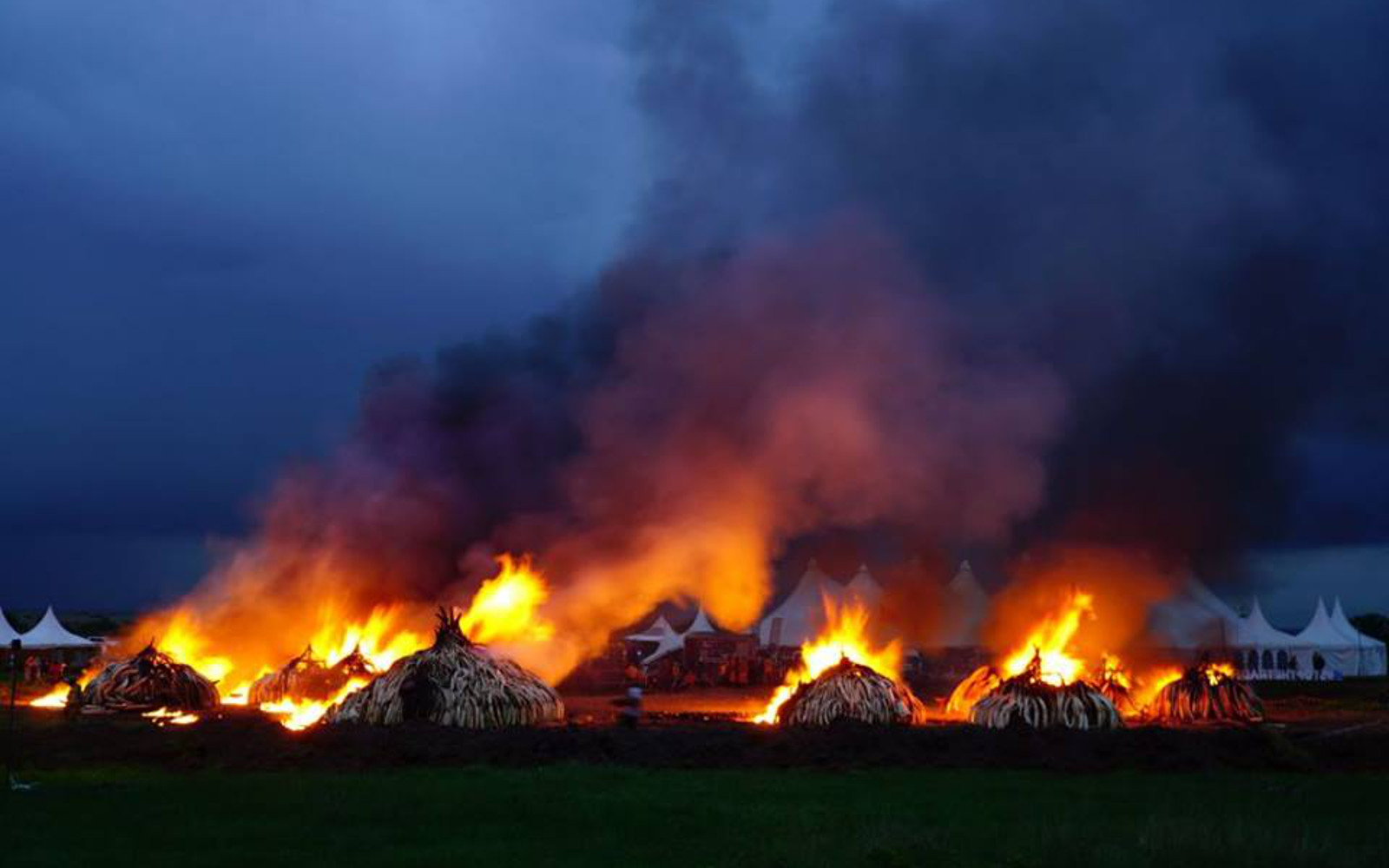 There are essentially two ways in which humans look at animals – as sentient beings and as objects. Some are able to look at an animal as majestic as an elephant and marvel at its gentle grace from afar, appreciate their role in the world, and leave them to live in peace. Others see an elephant and see nothing but profit to be made, a moving target that is more valuable dead than alive. Sadly, it is the latter group that is driving the extinction of this incredible creature. It is estimated that almost 100 elephants are poached every single day, solely for their ivory tusks.

There are several methods used by animal activists and conservationists to battle the cruel ivory trade. In addition to stopping poachers before they even reach the elephants (the ideal method), these groups also combat the illegal trade after the tusks have already been taken by burning them. Ivory burns take a large number of ivory tusks out of the trade’s circulation and shows poachers that the efforts they take to so brutally steal from elephants may very well end in vain. In collaboration with the Convention on International Trade in Endangered Species (CITES), Kenya has been pushing for a total ban on the ivory trade. They conducted the world’s largest ever ivory burn earlier this year and have remained committed in their mission.

Ivory burns are bittersweet. They illustrate the enormous efforts being made to save these animals but also serve as a reminder of the sad state we have reduced millions of these elephants to. The lives of elephants are worth far more than a tusk set ablaze. 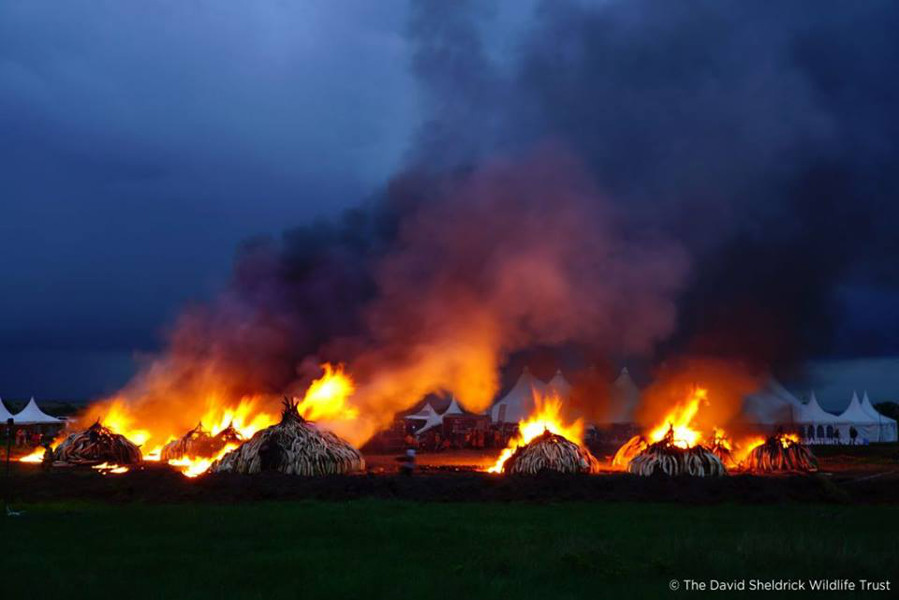 Elephants are worthy of much more respect than what humans grant them. They are extremely intelligent, as close with their family as we are with ours, and lead incredibly complex lives. To rob elephants of their lives for something as silly as an ivory trinket is not just a shame, it’s criminal. Ivory burns are definitely a step in the right direction towards putting an end to the ivory trade, but we must never forget that within those flames are the lives of hundreds of animals, and it is our duty to help them before they are nothing but a pile of ivory set aflame.