What?! Grazing Sheep Are Driving the Extinction of a Rare Deer Species in India 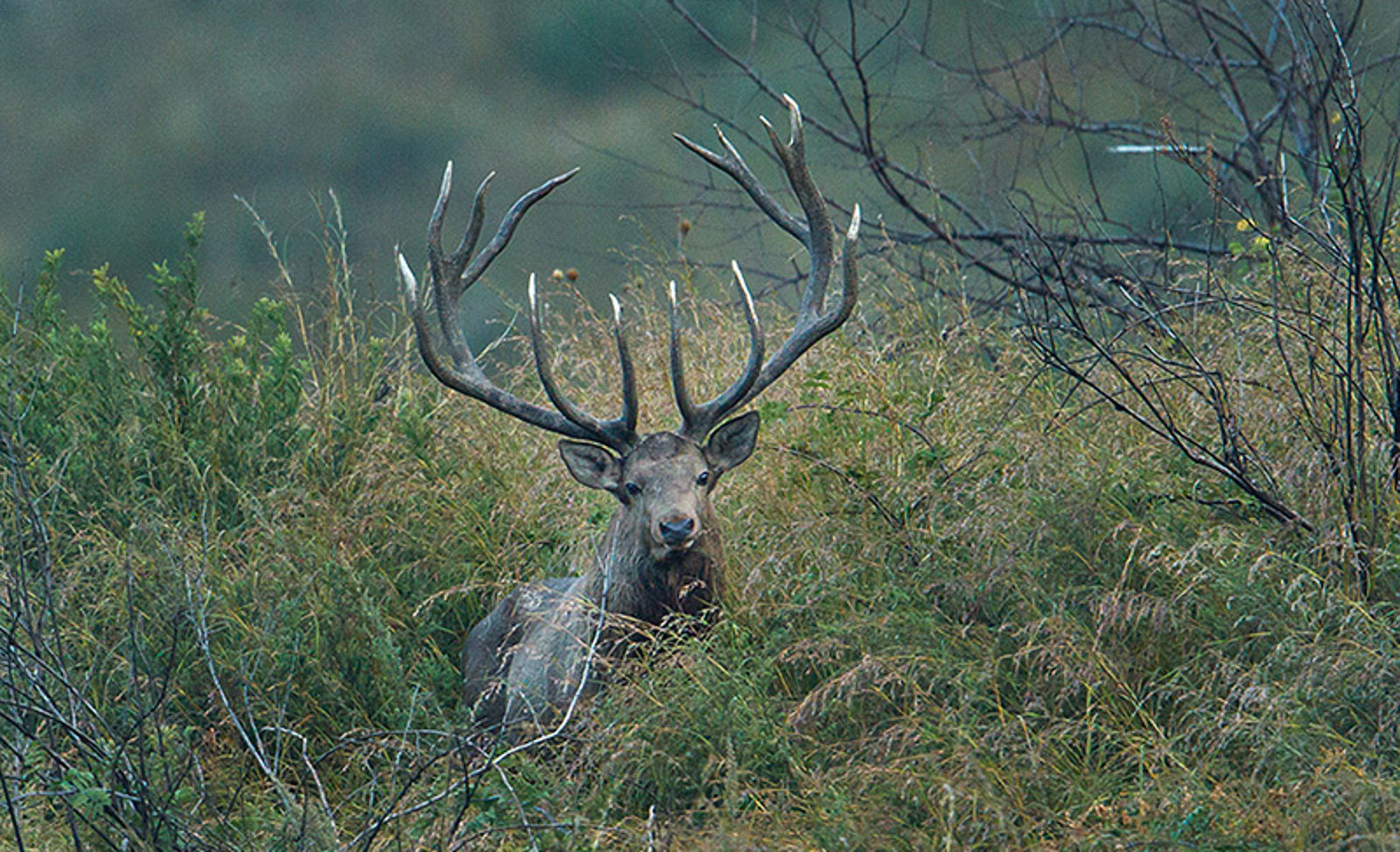 In Dachigam National Park, India, the world’s last Kashmir Stags are clinging on to their final 54 square miles worth of stronghold. The Kashmir Stag, also known as the Hangul, is a subspecies of the red deer family, native to India. Once a thriving species, this shy Indian deer is now on the verge of extinction, listed as a critically endangered species.

In the 1940s, around 5000 Kashmiri stags could be found roaming the forests in the high valleys and mountains of India and Pakistan. Thirty years later, only 150 members remained. According to a 2011 survey, 220 Hanguls are now left in the world and that number is decreasing all the time.

Unless we take urgent action, the world faces losing one of the planet’s most rare and majestic animals. While the Dachigam National Park is doing everything they can to protect the Hangul, from what we hear, the root problem lies closer to home.

How a Sheep Breeding Farm is Threatening this Species

One of the largest threats facing Hanguls today is a state-owned sheep-breeding farm located inside the Dachigam National Park. Occupying 100 acres of the park and consisting of 3,000 or so sheep,  this farm is competing with the Hanguls only remaining home. This fragile species needs all the space it can get in order to have any chance of survival. Sharing its dwindling grounds and food source with another species is a major obstacle in the conservation of the Hangul. Unfortunately, authorities allow it to continue in the park for ”political reasons.”

According to a senior wildlife official, “For vote bank politics, the successive governments have allowed grazing in the prohibited area to keep a particular constituency in good humor.”

This sheep-breeding farm is also a breeding ground for bacterial infections. In the event of an outbreak of disease, it could spread and wipe out the Hangul species. The spread of bacterial infections can also often lead to low birth rates among Hanguls, which is another major blow to this deer population.

Over-grazing is, inevitably, of the most pressing problems facing the hangul population today. With its habitat shrinking every day, the Hangul’s future remains less and less secure. This one-flourishing species has became known as one of India’s most endangered species and over-grazing isn’t the only culprit. Human intervention, dog attacks, and poaching are also to blame for the Hangul’s demise. But park officials and Indian authorities aren’t sitting idly, waiting for the problem to sort itself out. They are, in fact, making changes.

Only last month, for instance, Dachigam National Park officials banned private vehicles from entering the park in a bid to protect the Hangul. That’s because the disturbances of cars were responsible for recent episodes of fawn abortions and with the dwindling population of Hanguls, that’s the last thing they need.

However, the babies that do survive often end up getting killed by dogs, jackals, and foxes that accompany grazers, according to the Times of India. For that reason, park officials are also working hard to stop local and migratory grazers from entering the park with their livestock herds.

Scattered within 54 square miles of the park, the Hangul doesn’t have a lot of land to play with so it’s vital that officials tackle the grazing problem before this species losts too many vital individuals.

Will You Help Save This Deer From Extinction?

What was once a thriving species, is now a species destined for extermination and only we can help them. While Dachigam Park is the Hangul’s only refuge, it seems it’s not completely safe there either. The sheep breeding farm, located inside the park, is stressing the sensitive deer and ultimately, affecting their chances of survival.

The fact is, if we want to save this critically endangered species, we need to move the sheep breeding farm out of the park and offer the Hangul as much protection as possible – before it’s too late. Do you agree? Then sign and share this petition asking Indian authorities to relocate the breeding farm. Share this post and encourage others to act for this vital population!