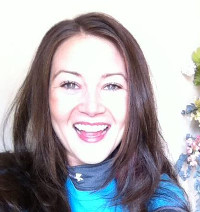 I’ve always had an affinity for whales and dolphins. Living in the Pacific Northwest, I was fortunate enough to grow up alongside the Salish Sea, home to an Endangered resident killer whale community. I became a professional marine educator and advocate, eventually turned activist after watching the documentary ‘The Cove’. I joined Ric O’Barry’s Dolphin Project in 2011 to help bring awareness to the dolphin slaughter and captures that take place in Taiji, Japan.