Watching this Beautiful Rescued Elephant Celebrate One Year of Freedom at a Sanctuary Will Make Your Day!

Watching this Beautiful Rescued Elephant Celebrate One Year of Freedom at a Sanctuary Will Make Your Day!

Kalpana the elephant spent 40 years as an abused elephant who was forced to beg for food. It’s sadly so common for elephants to be held captive by humans who exploit them for profit or entertainment. But these sweet animals deserve so much better. Thanks to Wildlife SOS, Kalpana now lives a much happier, healthier life and is doing well at their sanctuary. She just celebrated her one year rescue anniversary!

During those long, horrible years when she was neglected and used, Kalpana was partially blind and exhausted from walking for long hours everyday begging for food and money along the busy highways of India. She developed chronic osteoarthritis, uneven cracked footpads, and abscesses. In 2019, she was found abandoned without food and water in her distressing, unhealthy condition.

She was taken into the Wildlife SOS sanctuary, put on a special, nutritious diet, and introduced to two other rescued elephants named Holly and Karma. Now, the three are best friends who are totally inseparable and they are healthy and happy! 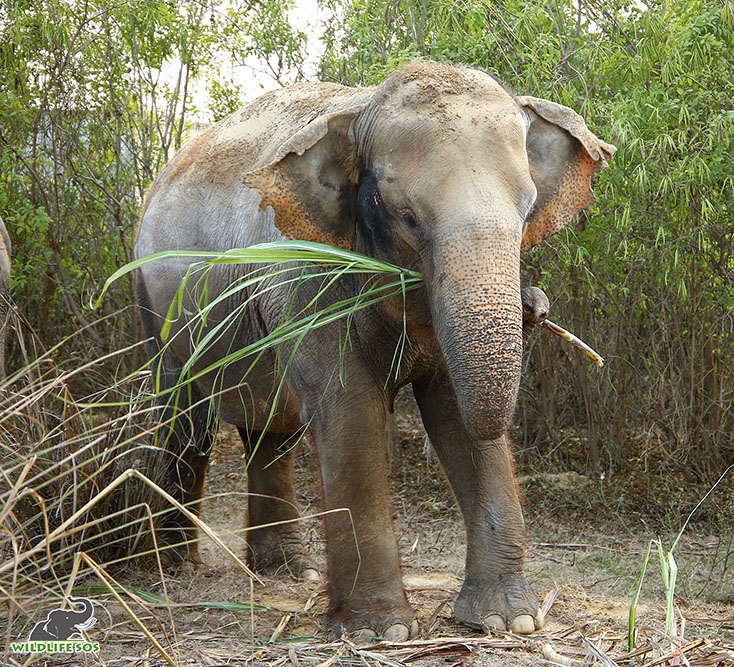 Co-founder and CEO of Wildlife SOS, Kartick Satyanarayan told One Green Planet: “Kalpana’s story highlights the condition of all the captive elephants in India who are beaten, chained, starved and kept in terrible conditions in temples, circuses and are used to beg on the streets, for weddings or giving joy rides to tourists.”

You can see Kalpana enjoy her special rescue anniversary treat with her best friends in the video above. To help other captive elephants, sign this petition!