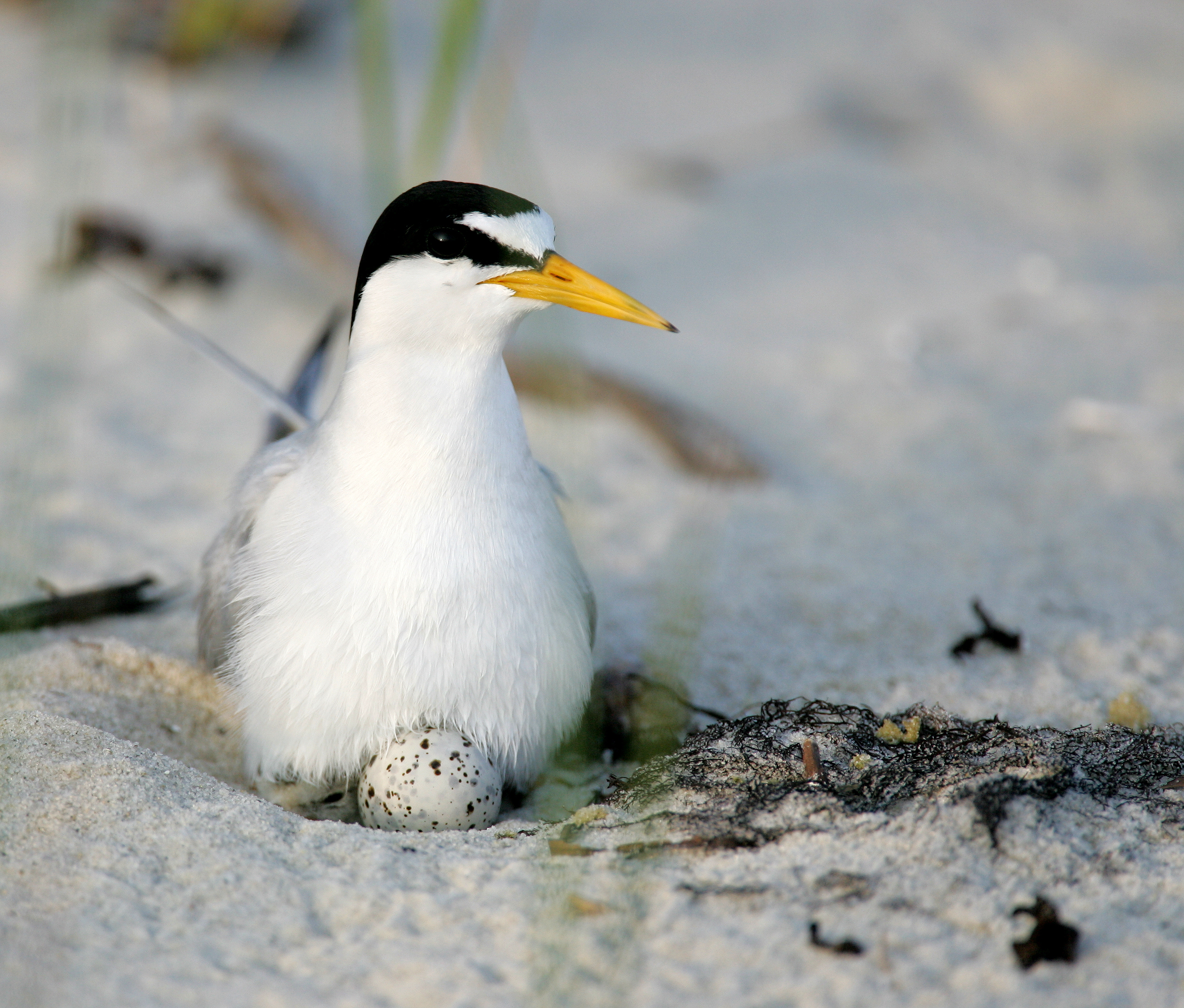 Least Tern birds are on the Federal Register for the Migratory Bird Treaty Act. This act is intended to protect migratory birds, making it “illegal to take, possess, import, export, transport, sell, purchase, barter, or offer for sale, purchase, or barter, any migratory bird, or the parts, nests, or eggs of such a bird except under the terms of a valid Federal permit.” Recently, many of these protected birds were killed because of the carelessness of tourists.

Off the coast of Alabama there’s a tiny island called Sand Island. On July 4th, a large group of tourists who arrived on boats wanted to play volleyball on the beach. There were nests in their way. Instead of just playing elsewhere or not playing at all, they decided to shoo the birds away and scoop the eggs out of their nests.

The tourists made a small dome in the sand and decoratively arranged the eggs around it. The eggs were then exposed to the sun where they were baked, and hundreds of federally protected least tern birds were killed for their unnecessary volleyball game.

Least terns lay their eggs in shallow holes and keep the eggs cool by sitting on the nests. Sadly, the terns were frightened away by the tourists and their eggs were hurt. Many of the eggs had cracks, which indicates that chicks may have been trying to peck their way out.

The penalty for violating the Migratory Bird Treaty Act is $15,000 and up to a year in jail. The U.S. Fish and Wildlife Service (FWS) is investigating, but nothing has been done. Sign this petition if you want the perpetrators to be charged with violating the Treaty Act and animal cruelty.