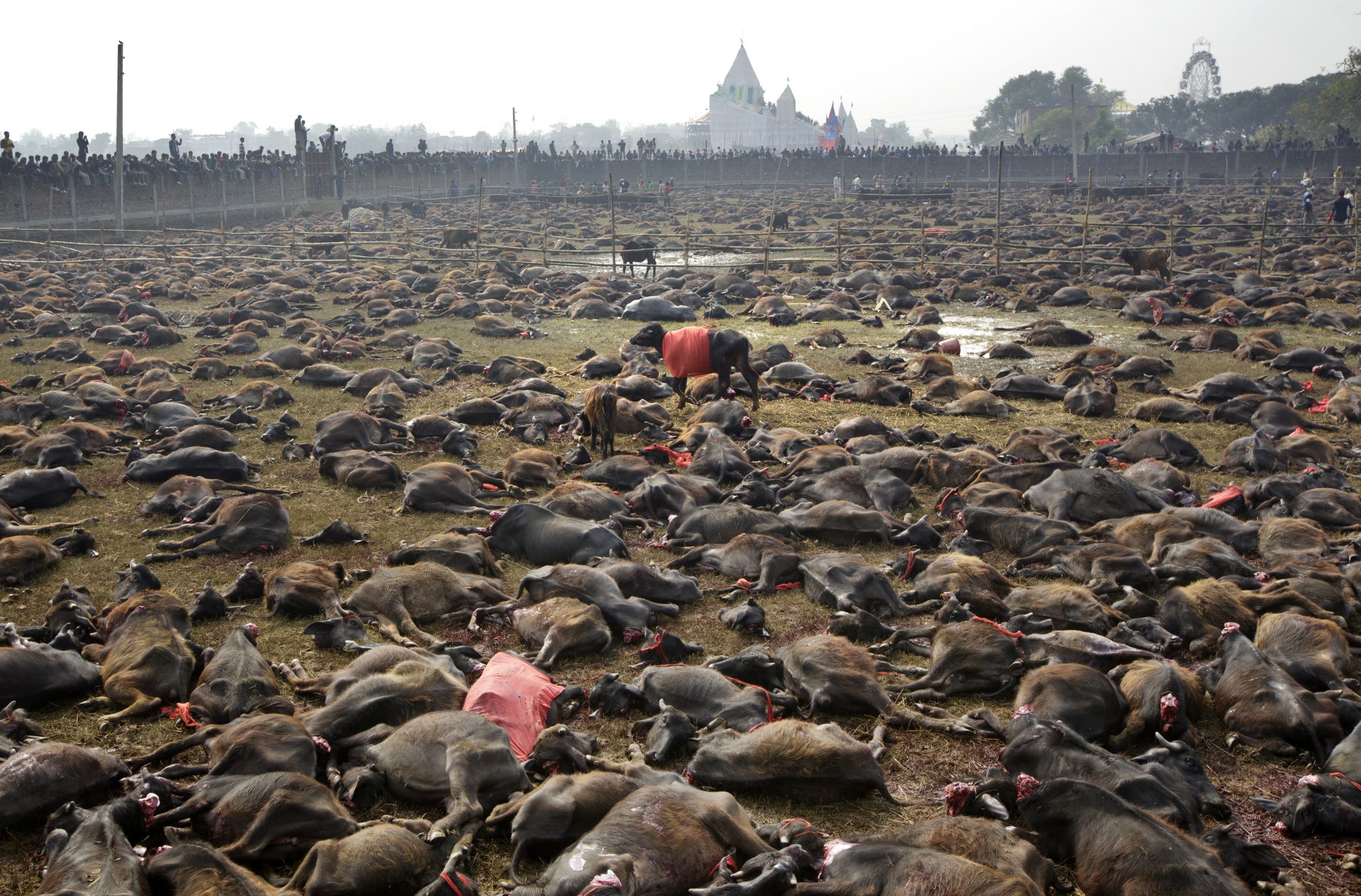 The Gadhimai Festival is the world’s largest animal sacrifice ritual. Thousands of buffaloes, goats, and chickens are slaughtered to please the Hindu goddess of power, Gadhimai. A few years ago, it was falsely reported that the animal sacrifices at the festival are banned. Devout Hindus can be asked not to sacrifice animals, but they cannot be banned from doing so, said Ram Chandra Shah, the temple chairman.

Fortunately, there are activists and animal rights groups urging Hindus to offer different sacrifices that don’t involve taking a life. Motilal Kushwaha, general secretary of the Gadhimai Mela Organizing Committee (GMMOC) is urging people to make donations to the temple instead of sacrificing animals. They’re also encouraging people to offer Gadhimai sweets or papaya fruit instead. Kalawati Paswan, a former assistant minister who is leading the campaign against the slaughter said: “I personally counted 99 buffaloes that have already been brought for sacrifice. There could be many more out there. Most of them are really young. This madness should stop.”

Humane Society International (HSI) teams in India and Nepal are preparing to head to the festival in hopes of saving animals from the slaughter. HSI told One Green Planet: “The bloodbath takes place in the Bara district of Nepal every five years, and historically hundreds of thousands of buffalo, goats, pigeons and other animals have been killed. The upcoming Gadhimai will see the mass ritual slaughter take place on December 3rd and 4th.” 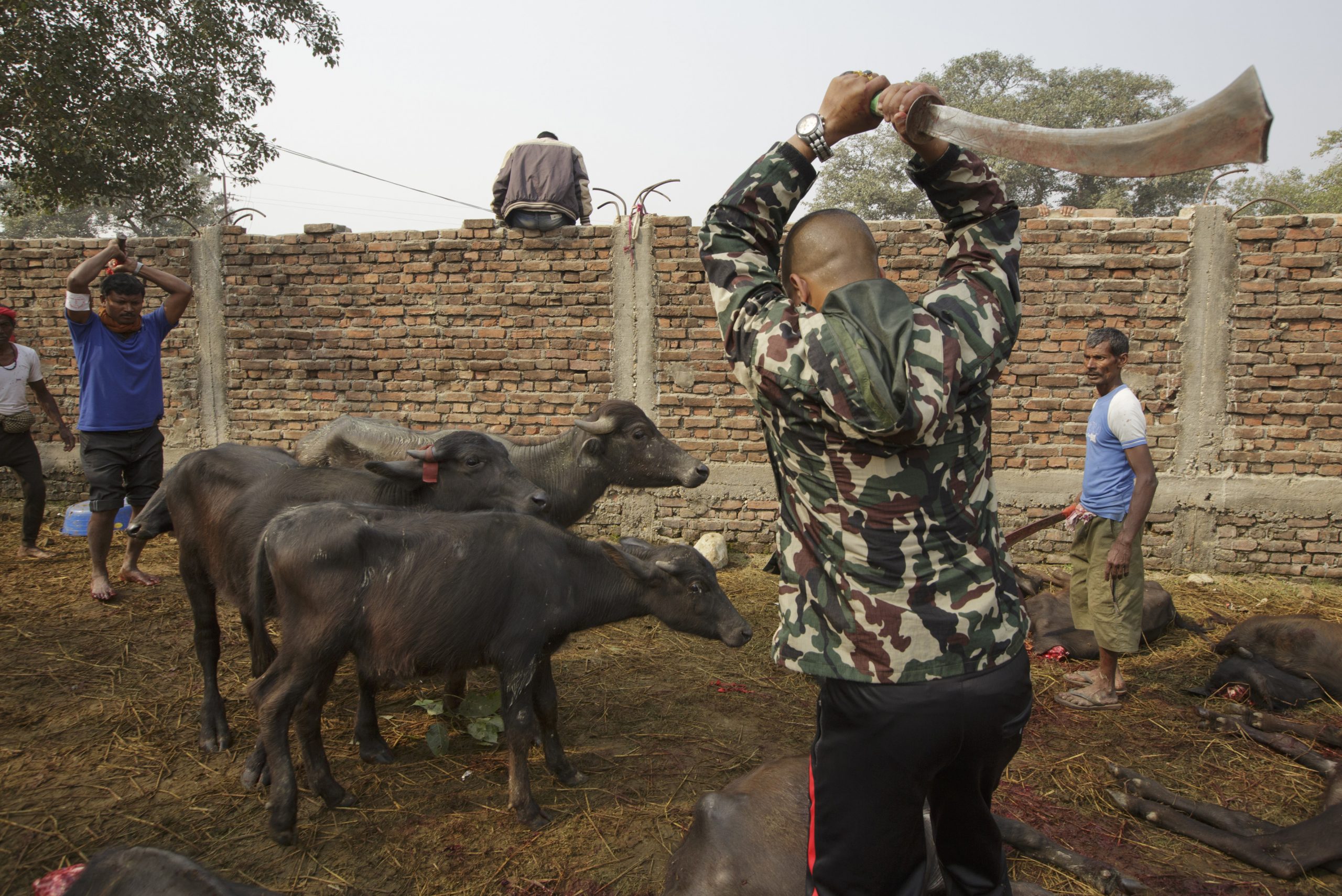 In 2014, the Supreme Court of India passed an order to prevent illegal animal transports. Therefore, many animals being brought across the border will be confiscated by officials and HSI will be there to save the animals. Nepal’s Ministry of Culture, Tourism and Civil Aviation, Ministry of Home Affairs, the Ministry of Communication & Information Technology, and the Supreme Court of Nepal have all given orders or appeals against animal sacrifice.

Tanuja Basnet, director of Humane Society International/Nepal says: “The Gadhimai festival is an unholy bloodbath that is not part of Hinduism and has no place whatsoever in any religion. Here in Nepal, animal welfare groups, temple priests and religious groups are opposing the killing and promoting compassion to animals instead, urging all faiths to support alternative offerings at festivals instead of blood sacrifice. Together we must strive to make a kinder world for all animals in Nepal.”

To help prevent this mass slaughter, you can raise awareness and sign this petition by Animal Equality.